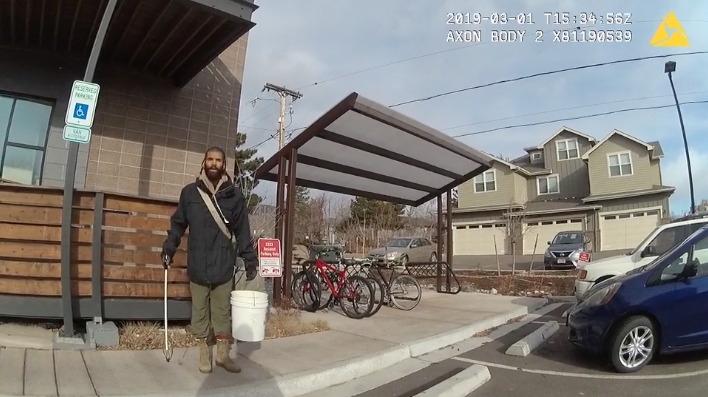 A new model for public scrutiny of police conduct in Boulder is on the horizon.

The task force was created in response to police earlier this year confronting Zayd Atkinson, an unarmed black Naropa University student picking up trash with a metal claw and a bucket outside an apartment building where he repeatedly told officers he lived.

Video and reports of the incident made both local and national headlines, caused community uproar and stirred concerns over whether racial profiling occurs in the department. The encounter partly led to the resignation of John Smyly, the policeman who initiated the officer response, which came to include multiple officers. An internal investigation found Smyly violated police department policy.

So far, the task force has criticized the current Professional Standards Review Panel, which consists of six community members and six police department members. It is usually asked to annually analyze between three and five police internal investigations of allegations of serious officer misconduct , and assess whether the internal probe was fair, complete and accurate.

While police and city officials acknowledged the officer conduct involving Atkinson was troubling and outside normal department procedure, the task force found the Professional Standards Review Panel rarely dissents from internal police probes as a whole. The task force also found the panel lacks diversity among its members’ races, professional backgrounds, levels of education and ages, and that its member training takes only one day and does not touch on recognizing police bias.

“We know the independent reviewers say the internal investigations process is thorough, but there is an absence of public trust around that process, and the public and community members, especially those we spoke to, don’t believe police should be investigating themselves,” task force member Sophia Pelecanos told Boulder City Council earlier this month.

The task force has also found there is “little clarity in the Boulder Police Department about how to identify when racial bias contributes to an action by law enforcement,” a memo to city council said.

After analyzing three general types of police oversight by the public used by municipalities across the nation laid out by the National Association of Civilian Oversight of Law Enforcement, the task force is finalizing a recommendation to council it plans to present Oct. 10.

The association categorizes public scrutiny of police into:

The task force also is considering suggesting a hybrid of these models, as in some, but not all of the cities where it has taken an especially close look at police oversight practices, such as Denver, Tampa, Fla., Eugene, Ore., Palo Alto, Calif., and Tucson, Ariz.

Councilwoman Mary Young asked if the perceived issues with Professional Standards Review Panel could be addressed under the new system.

“I think it depends on the overall model we come to, which you’ll hear at our final presentation which is a best fit, whether the current (Professional Standards Review Panel) could fix some of the concerns and still function within that model,” Pelecanos said.

Councilman Sam Weaver clarified council discussed adding more community participation to the current review panel about five years ago, and City Manager Jane Brautigam mentioned a community engagement group of all civilians has since been formed to meet with police officials bimonthly. But that group’s role is not to perform oversight of the department, and rather to act as a liaison between police and the community.

The task force volunteers have not spoken with that group yet, and did not know it existed.

“I just wanted to get on the ground what pieces we could pull from as we think about going forward,” Weaver said. “Not to say what we’re doing now is at all good enough, just that those are the things we have in place at the moment.”