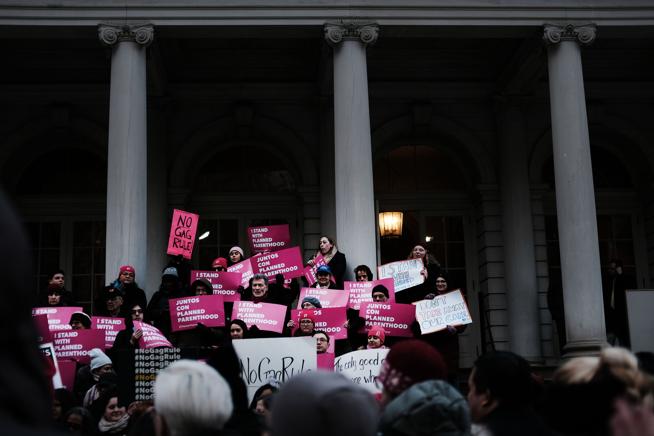 The state’s first abortion clinic is withdrawing from the federal Title X program after new regulations from the Trump administration bar participants from performing or referring patients for abortions.

Boulder Valley Women’s Health Center is withdrawing from the program, said Communications Director Lisa Radelet, because it is not “willing to practice medicine” in this way and sees the new regulations as a “gag rule.”

Title X provides funding for contraception and reproductive health services to low-income and uninsured women. Federal funds are already not allowed to be used for abortions, except in cases of rape, incest or to save the mother’s life.

The Trump administration is changing the program’s regulations by not allowing providers to refer patients for abortions and not requiring them to discuss abortion as one of the options for a patient. It also is requiring clinics to keep their other services completely separate, both financially and physically, from abortion services.

When the changes were first proposed in 2018, the White House Press Secretary in a statement said they would not cut funding but rather “ensure that taxpayers do not indirectly fund abortions” and refuted the allegation that it is a gag rule.

The Trump administration is facing legal challenges from several organizations and states over the new regulations, although it announced Monday it would enforce the rules as litigation continues. Planned Parenthood, which serves many Title X patients, is one of the organizations challenging the new rules. Its clinics across the country also have withdrawn from the program.

“The rule will result in millions of people losing access to health care and information they need to take control of their lives at a most basic level, disproportionately disadvantaging communities of color and low-income communities,” Vicki Cowart, president and CEO of Planned Parenthood of the Rocky Mountains, said in a news release. “Our doors remain open, and our commitment to our patients is strong as ever. We will not accept a world in which health care providers are censored and patients are cheated out of the care and information they deserve.”

The move is being hailed by anti-abortion advocates, who have been calling for an end to federal funding for clinics such as Planned Parenthood that provide abortion services.

“Without reducing Title X funding by a dime, the Protect Life Rule simply draws a bright line between abortion and family planning, stopping abortion businesses like Planned Parenthood from treating Title X as their private slush fund,” Susan B. Anthony List President Marjorie Dannenfelser said in a news release. “We are confident that the Trump administration will ultimately prevail and grateful that, in the meantime, the Protect Life Rule can immediately begin saving lives.”

Lynn Grandon, program director of the Archdiocese of Denver Respect Life Office, via email Thursday said, “We appreciate the judicial system’s concrete decision that abortion is not health care and that appropriate funding will be properly directed to health care facilities that treat women with dignity and respect.”

Radelet said building a separate facility, and essentially a separate organization, is financially impossible for Boulder Valley Women’s Health Center, which also has a location in Longmont.

“Basically what they’re doing is trying to kick abortion providers out of the Title X program,” she said.

“We’re not going to stop providing abortion care,” Radelet said. “That’s part of our mission and part of our history.”

Title X funding, which is federal funding matched and dispersed by the states, makes up $500,000 or 20% of Boulder Valley Women’s Health’s budget, she said. Other local government contracts make up 18%, grants and donations make up 18%, and fundraising events make up 3%. The remaining amount comes from program fees from people who have insurance or Medicaid .

Those who are low-income or don’t have insurance can receive services on a sliding scale that goes down to free because of Title X funding. Radelet said the clinic is committed to maintaining a sliding scale for patients and will “do everything that we can to replace that money.”

While there won’t be any immediate cuts to services, Radelet said, she called the move to change regulations a “devastating blow” because it will impact the most vulnerable in society. Some providers will stop providing abortion information and services, and those who don’t could face budgetary cuts or closures.

“It’s hitting the people that are already having the hardest time finding access to care and all in the name of abortion politics,” she said.

Abortion services are already separated financially from federal funding, so Radelet sees this move as the administration “inserting politics” where it shouldn’t’ be.

The organization hopes to still receive funding from the state, although it’s not yet clear if that will happen, she said. It also will apply for more grants and increase its efforts to get donations.

“It’s going to be tough,” Radelet said. “We’re hoping that our donors will see this as a courageous move and will support us in this.”