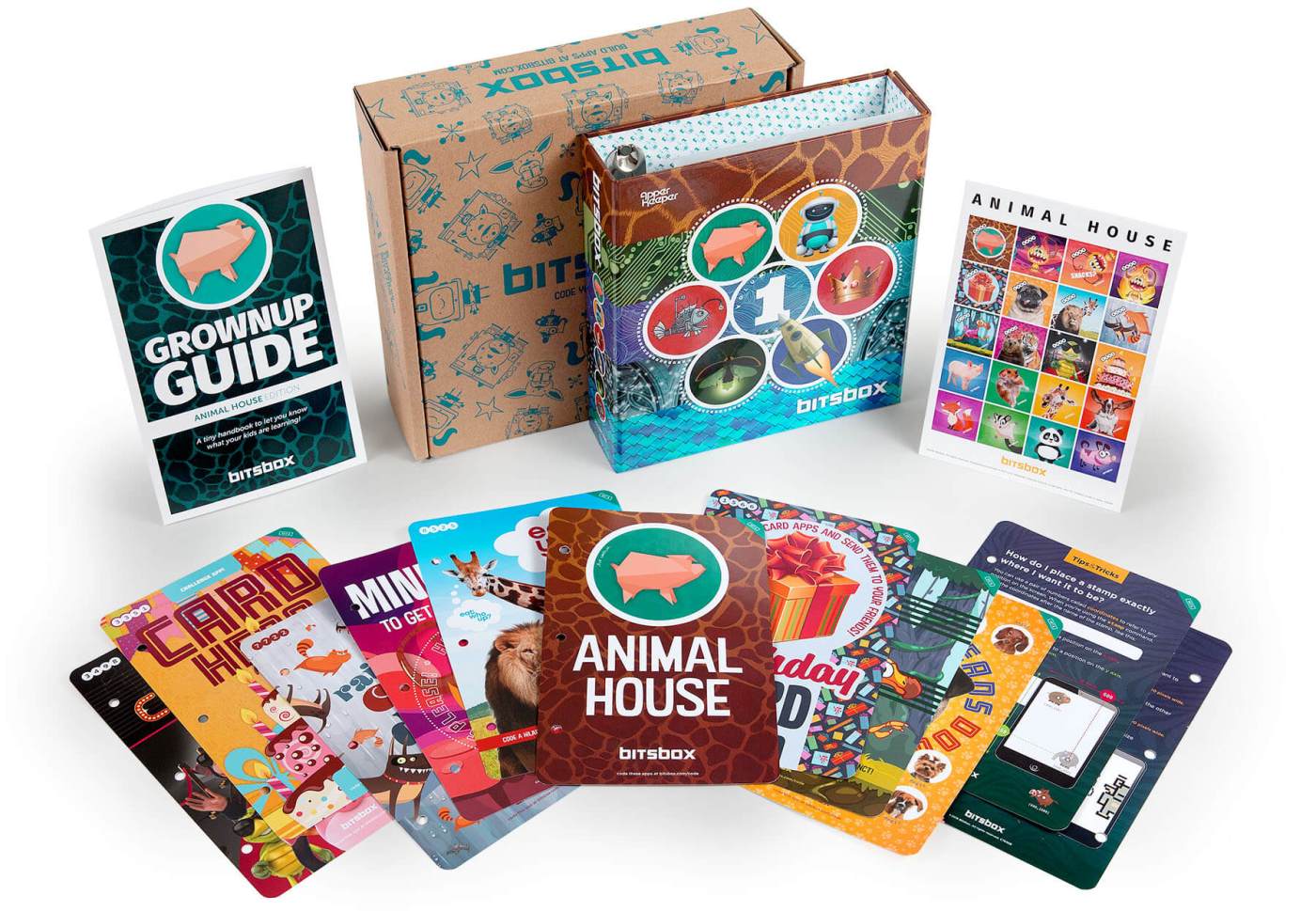 Boulder-based Bitsbox is among the brandsthat will be featured Friday on Amazon as part of Back to School Deal of the Day.

It will be the second time the company, which teaches kids ages 6 to 12 how to code using fun themes and a playful approach, will be featured on Amazon, said Aidan Chopra, chief creative office and co-founder of Bitsbox.

“We didn’t apply to be a featured seller. We  were first selected in May. I guess our subscription box exceeded Amazon’s expectations. Our product is a great fit for the Back to School theme,” he said.

To be featured as an Amazon Deal of the Day, products must be well reviewed by Amazon’s shoppers and hand-selected by the Amazon Deal’s team, said Andrea Daily, Bitsbox’s vice president of growth.

“Bitsbox holds a 4.5-star rating with 60 reviews. We are excited to be part of the special promotion on Amazon. The company is offering a 50% discount on the purchase of the first month of Bitsbox subscription.” she said.

Every Bitsbox comes with a mix of coding projects, ranging from simple to more advanced, Chopra said. The idea is kids will start by following simple instructions and progress to higher levels where they are able to manipulate and write code to build their own applications, he said.

It’s about teaching kids a new language by introducing them new concepts gradually.

“Think of it as a recipe based system that shows what the possibilities are,” Chopra said. “It’s a sequential system of learning. There are 24 levels in our system.” he said.

The apps kids build work on real devices, including tablets and phones. Bitsbox offers free trial apps on its website.

“We believe coding is for every one,” Chopra said.

The company has subscribers across 50 states and almost 80 countries.

Lisa Cooper, gifted and talented/enrichment specialist teacher at Douglass Elementary School and Southern Hills Middle School in Boulder, has used Bitsbox for the last five years to introduce coding to gifted students. The kids find it “super exciting,” she said.

It’s an excellent introduction to written programming, she said, adding coding is a necessary skill to learn in the evolving digital age. The learning process makes students develop logical and critical thinking, learn problem-solving skills, how to persevereand collaborate, and how be expressive and creative, she said.

Input from teachers and educators has helped Bitsbox refine its approach, particularly in framing the study of computer science in schools, Chopra said. It’s critical to teach in an inclusive way, and be aware of unconscious bias, he said.

In the ’70s and ’80s, computers were being exclusively marketed as programming tools for boys, he recalled. Bitsbox wants to promote diversity in technology, he said. It doesn’t take a genius to be a coder, but it does require time and practice to become good at it, Chopra said.

Exposure on the Amazon site will definitely help the company, he said. Currently, about 10% of Bitsbox sales come from the  Amazon platform.

The subscription economy is growing steadily, said Paul Chambers, president and co-founder of the Subscription Trade Association.. Subscription companies’ two focus areas are “the replenishment model, and the discovery and delight model,” he said.

Bitsbox, with its educational component falls into the second category. Chambers called it an exciting offering for kids and families, he said.

Bitsbox received the Best Kid Box award from the Subscription Trade Association in 2017 and 2019. An independent panel of judges chose the company for its design, approach to marketing, user experience and online ratings, Chambers said.

Two challenges often faced by subscription companies relate to the acquisition of new customers and retention of existing consumers, he said, adding it’s important for companies to build relationships of lasting value that potentially help bring back customers who quit or take a pause.

Finding the right partners can help, and that’s what the association does for its members, , Chambers said.