Want to play poker with comedian Brad Garrett in his Southern California home? Zynga Poker, a popular free-to-play poker app, is hosting a contest in which two lucky contestants will win a seat to a celebrity card game with the Emmy award-winning actor. 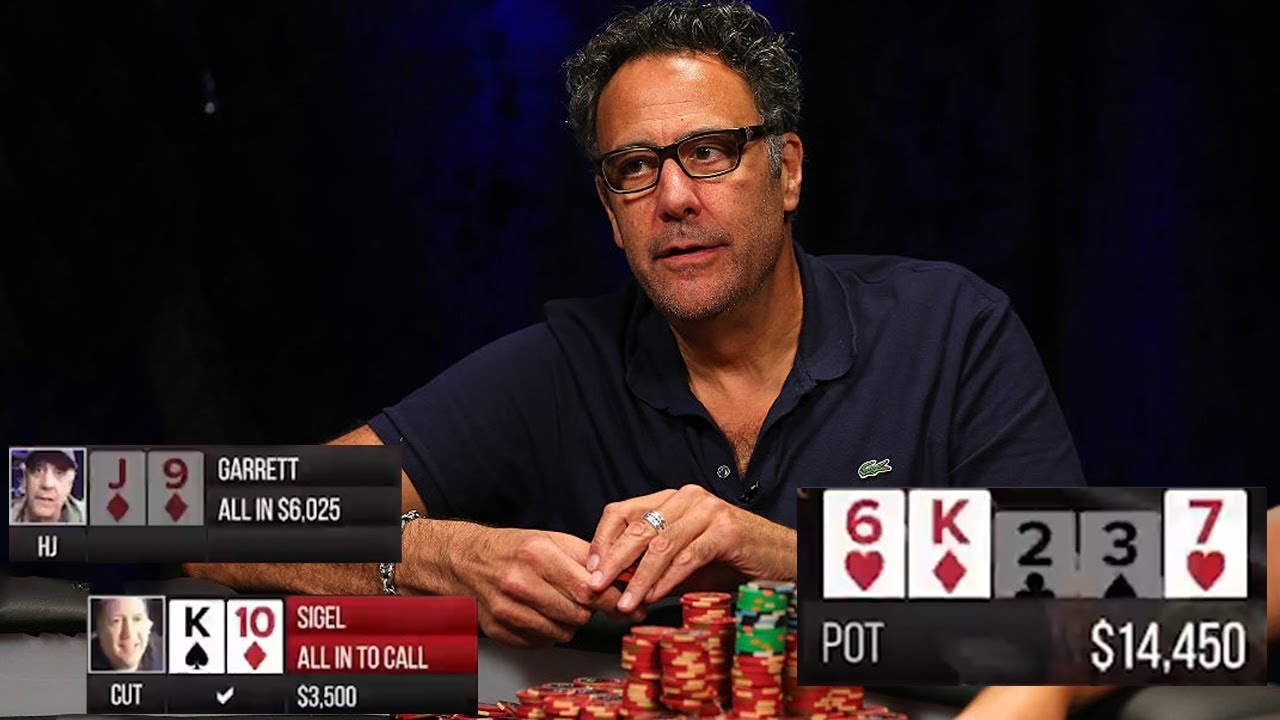 Brad Garrett is no joke on the felt. He isn’t afraid to pull off a sick bluff. (Image: Poker Night in America)

Zynga and the poker-loving comedian are partnering together to give fans an opportunity to play cards with some A-list celebrities. The competition begins today – September 16 – and runs over a two-week period. Everyone is eligible to enter, so long as you download and sign-up for the free Zynga Poker app.

Brad Garrett is one of poker’s most famous players. Although he isn’t a pro, he’s a regular in the WSOP Main Event and on cash game shows such as “Poker Night in America.” He hosts some competitive home games in Southern California with his fellow Hollywood stars. And now you can get in on the action.

Zynga Poker and the “Everybody Loves Raymond” star has partnered with the Maximum Hope Foundation, a non-profit founded by Garrett focused on providing financial assistance to underprivileged children who suffer from critical illnesses, to raise money for a good cause and also give a couple of poker fans an opportunity of a lifetime.

Zynga will donate up to $100,000 to the Maximum Hope Foundation. And two players will compete in the “Celebrity Home Game” with Garrett and some of his Hollywood pals.

To earn a seat, you must complete daily challenges on the Zynga Poker mobile app, starting today. Each daily contest completed awards participants sweepstakes entries. At the end of the two-week period, semi-finalists will be asked to submit a one-minute comedy audition.

So, get your jokes ready because you’ll be facing a judge who knows a thing or two about comedy – Brad Garrett himself. It’s sort of like having Bryn Kenney give your poker game an honest critique.

“What I love about Zynga Poker is that you can practice your game without having to worry about your ‘tells’ or poker table etiquette – it’s just about the cards,” said Brad Garrett. “I can make a sincere pledge to the winners of this sweepstakes – when you’re at my Home Game, we’ll be playing by these same rules. Check your poker face at the door, and get ready to have some fun.”

Brad Garrett is one of the most talented comedian/actors around. And he’s also not a bad poker player. As an actor, he’s most known for his role as Robert Barone on the hit TV sitcom “Everybody Loves Raymond” from 1995-2006.

He’s also a successful stand-up comedian and owns the “Brad Garrett’s Comedy Club” at the MGM Grand in Las Vegas. You can now compete for an opportunity to sit down with the comedic legend. And, even more important, help raise money for a good cause.

“My act is a little raunchy,” Garrett once said in an interview. “When people come to my club, I have to warn them it isn’t ‘Robert’ from ‘Raymond.’”

We’ve seen his act numerous times and can vouch that he isn’t kidding.