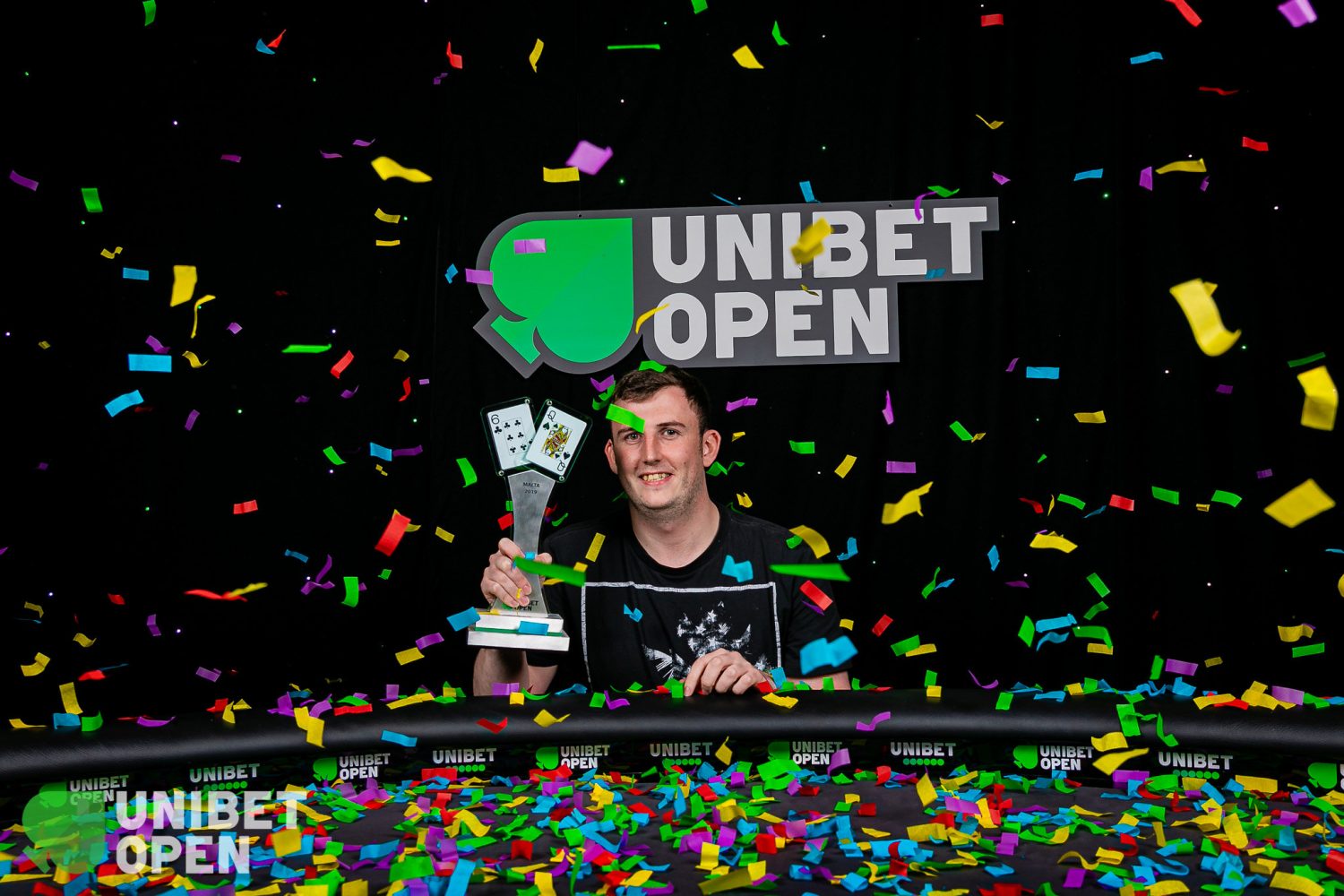 Forming part of another record-breaking field of 327 players, the online pro was among the largest stacks on the final day of the €1,100/$1,200 main event.

However, as the blinds increased and players fell by the wayside on September 15, the final three opted to cut a deal.

Come and join us ladies and gentlemen as we are getting on with our final table here at the Unibet Open Malta! Some familiar faces here today – but who is taking home that €71k! #ShuffleUpAndComeSee #UOMalta
Catch it all here 👉https://t.co/183TrmOShS
📸@TambetKask pic.twitter.com/YyjGzS9SGs

When the talking was done inside the InterContinental Hotel and Casino Malta, Luca Beretta and Christopher Heidelbacher banked more than $50,000 each. That was all they would take home though.

Not long after play resumed, Heidelbacher was all-in for 11 big blinds with Q♣9♠. A call from Beretta took things to the flop where an ace virtually ended the Romanian’s chances of survival.

With no help on the turn and a second ace on the river, Beretta’s A♥T♥ scooped the pot and sent Heidelbacher home in third.

Despite having an extra few blinds to work with, Beretta couldn’t afford to stand still. Making aggressive moves pre-flop, the Italian made a final stand with K♥9♠ just 20 minutes after eliminating Heidelbacher.

As impressive as Carr’s win was, it was his route to victory that makes it noteworthy. Recounting his journey, the MTT pro said registering for the $5.50 satellite was a mistake.

Despite the misclick, he made the most of the situation by winning a $55 tournament ticket. Using that, he won a second ticket worth $275, something he eventually parlayed into a $1,200 main event seat.

From there, the rest is history. Carr will not only go down as a Unibet Poker Open champion alongside the likes of Martin Soukup but serve as an inspiration for others grinders looking to make it big in poker.