BVSD school board hears air conditioning update; some schools might not have it added for some time 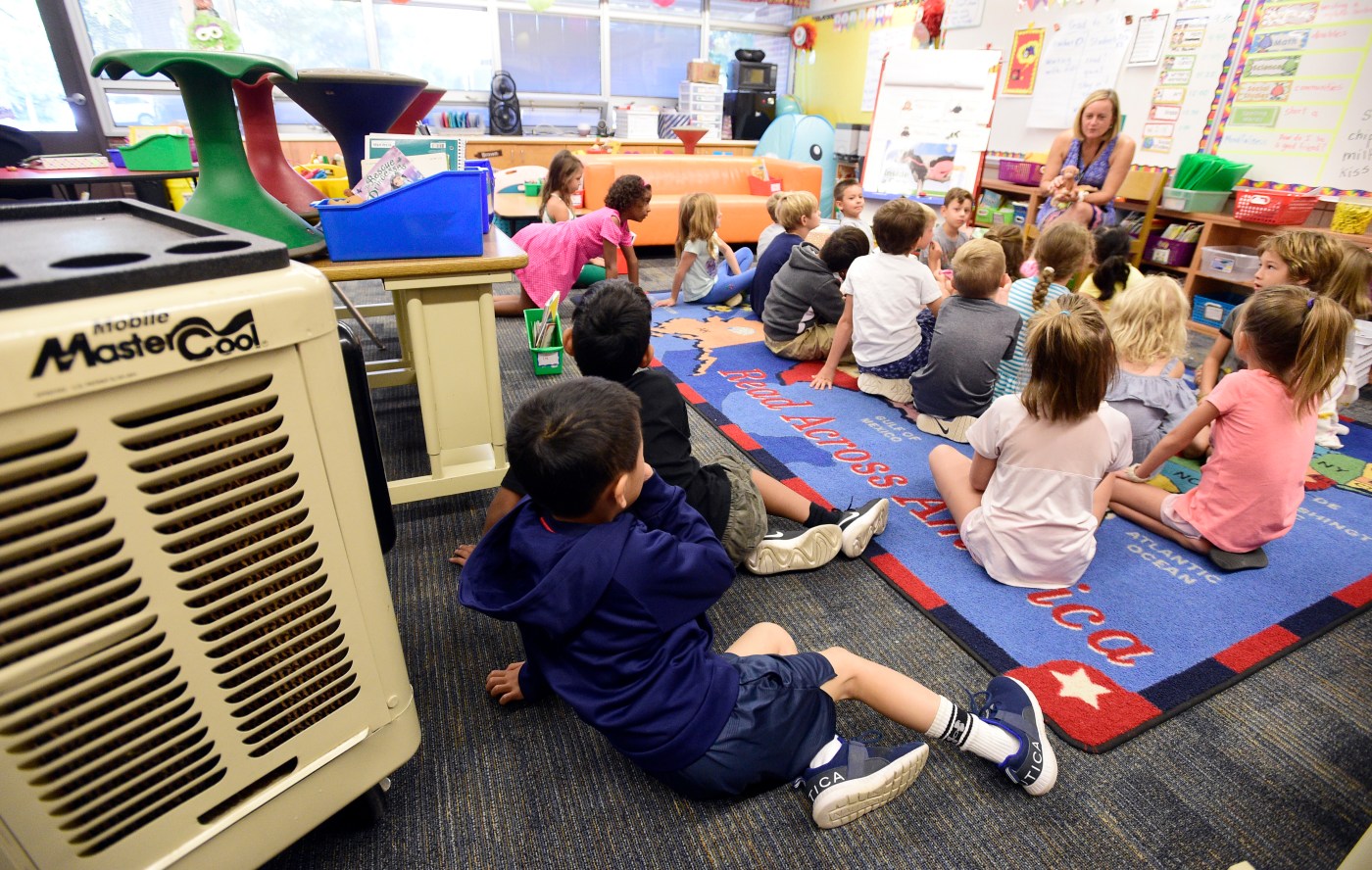 Some Boulder Valley schools may be in for a long wait for air conditioning.

The school board on Tuesday heard from the district’s Citizens’ Bond Oversight Committee on summer construction and upcoming projects being paid for with 2014’s $576.5 million bond issue for capital construction. The report included an update on the district’s effort to air-condition schools.

The school board in February agreed to spend $12.9 million of unallocated money from the bond issue to air-condition more schools. Since then, the district has been working to figure out which schools should be included.

At its meeting last week, the bond oversight committee reviewed temperature data at the 17 school buildings — not including the mountain schools and including the two buildings at University Hill — still without air conditioning. The data was collected by the district after school started in mid-August.

The data show the average maximum classroom temperatures during the school day were between about 80 degrees and 85 degrees. The schools that had average high temperatures of about 85 were Bear Creek Elementary and Mapleton Early Childhood Center.

Average temperatures ranged between about 75 degrees and 80 degrees. All were over the district’s 74-degree set point for when air conditioning is turned on.

Of the buildings without air conditioning, three — New Vista High, University Hill Elementary’s main building and the therapeutic Halcyon School — have air conditioning included in their project lists as part of the bond issue.

The district is recommending those six schools add air conditioning to their project lists, at an estimated cost of about $10 million. The oversight committee hasn’t yet taken action on the recommendation.

Adding air conditioning to those schools would cost between $10 million and $15 million, district officials said.

In other business, the school board approved a resolution supporting Proposition CC on a 6-1 vote, with Shelly Benford dissenting.

Proposition CC asks voters to unwind part of a state constitutional amendment called the Taxpayer Bill of Rights. The amendment changed how Colorado governments operate in two fundamental ways: It gave voters the final say on proposed tax increases, and created a formula for how much money governments can keep, with anything above the limit going back to taxpayers.

The question lawmakers referred to voters this November is whether the state Legislature can keep those extra dollars and divide them equally among K-12, higher education and transportation.

The board also unanimously approved a resolution in support of the 2020 Census. The resolution notes that Census numbers are used to appropriate federal money, including money for Title I grants for schools with a high percentage of low-income students, for the National School Lunch Program and for special education grants to states.