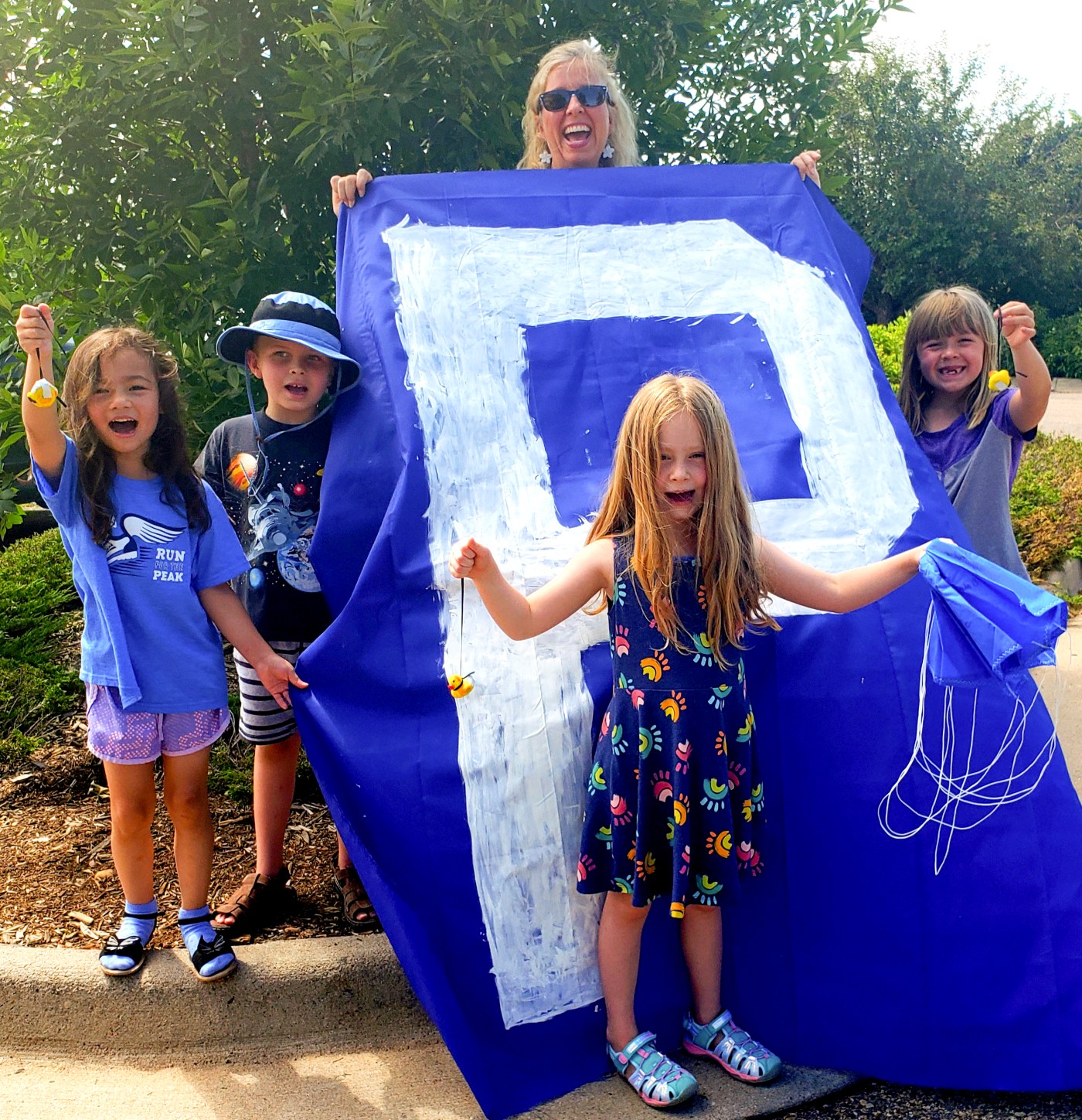 The projects range from a banner weighed down with sand-filled rubber ducks designed by kindergartners to a ground rover tank equipped with a camera and GPS.

“Hopefully, this inspires someone,” said Noah Douglass, an incoming sophomore at Peak to Peak whose team designed a greenhouse gas assessment payload. “It’s an opportunity for kids to do something scientific.”

The launch is set to take place Saturday at Fort Carson near Colorado Springs. The launch date was chosen in honor of the 50th anniversary of the Apollo 11 moon landing.

United Launch Alliance first teamed with Ball Aerospace in 2008 to offer its interns a real-world space industry experience. In 2010, the program expanded to include payloads from K-12 students, along with those from college students.

Last year, for its 10th anniversary, the program added a navigation competition to the launch. But technical issues with the rocket meant the payloads ejected too late and none made it to the target. Instead, teams were judged on the projects themselves.

The first-place winner last year was a team from Boulder High, while a Monarch High team took second.

While it designed a drone last year, the team went with a ground vehicle this year. Its miniature tank is made to parachute to the ground, then send a GPS signal along with images from a camera. Using the location information and first-person view goggles, the students will try to drive the tank to the target.

“We wanted to try something new, and having a ground vehicle is just a lot more reliable than trying to do something in the air,” Ethan said.

The team built the tank using a carbon fiber frame and 3D-printed gears and treads.

“There was a lot of messing around and tinkering with it,” Ethan said. “A lot of it is trial by error. We’ll have to see what actually happens this Saturday.”

At Peak to Peak, kindergarten teacher Amy Moran has coordinated participating student teams from the school for six years. Along with sponsoring a rocket club for middle and high schoolers with help from a Ball Aerospace mentor, she works with her kindergarten class each year to develop a project.

This year, kindergartners came up with the idea to promote their school by sending up banners that spell out the school’s acronym — P2P — that have a parachute attached to one end and sand-filled rubber ducks attached to the other.

One student suggested rubber ducks because they would be less likely to hurt someone when landing than more traditional weights, she said. Another came up with tape diapers to keep the sand in the ducks.

Incoming first grader Grace Baumgarten said she’s hoping to win the navigation contest to win money for their school, with the first place team receiving $5,000. Others said they’re looking forward to the trip to watch the launch.

“(The banner) might touch the clouds,” said Penny Van der Riet, who will be a first grader in the fall. “I’m excited to have fun.”

Another Peak to Peak to team looked online for videos of the launch to get a better idea of what its payload would need to withstand, but couldn’t find what it wanted. So it is sending up camera, plus a back up GoPro and altitude and pressure sensors, in a bid to document “all the payloads in the sky.”

“It’s great to have the ability to put something you built on a rocket,” said incoming eighth grader Robert Gable. “We think it will look really cool.”

For Peak to Peak’s “Operation Falling Weather” team, its duct tape- and foam-packed capsule includes an Arduino microcontroller coded to process weather data and send it to an SD card, plus a camera to film the descent.

“Our worst fear is we can’t find it after the launch,” said incoming seventh grader Bennett Ross. “We have no idea what the conditions are like when it comes down.”

The data will be stored on an SD card, while there’s a GPS to help recover the bright red cylinder holding all the equipment.

“It’s fun to get to do things with electronics and programming that I wouldn’t usually get to do,” Matthew said.

Like the other students, he said, he’s both excited for the launch and nervous something will go wrong.

“Nothing ever always works,” he said. “It’s out of our hands now.”