To commemorate 15 years in operation, CardsChat is giving away over $23,000 in freerolls next month. That includes a $10,000 free series at the world’s largest online poker site – PokerStars. All forum members are eligible to get their hands on the free cash, provided Stars is available in their area (sorry, non-US players). 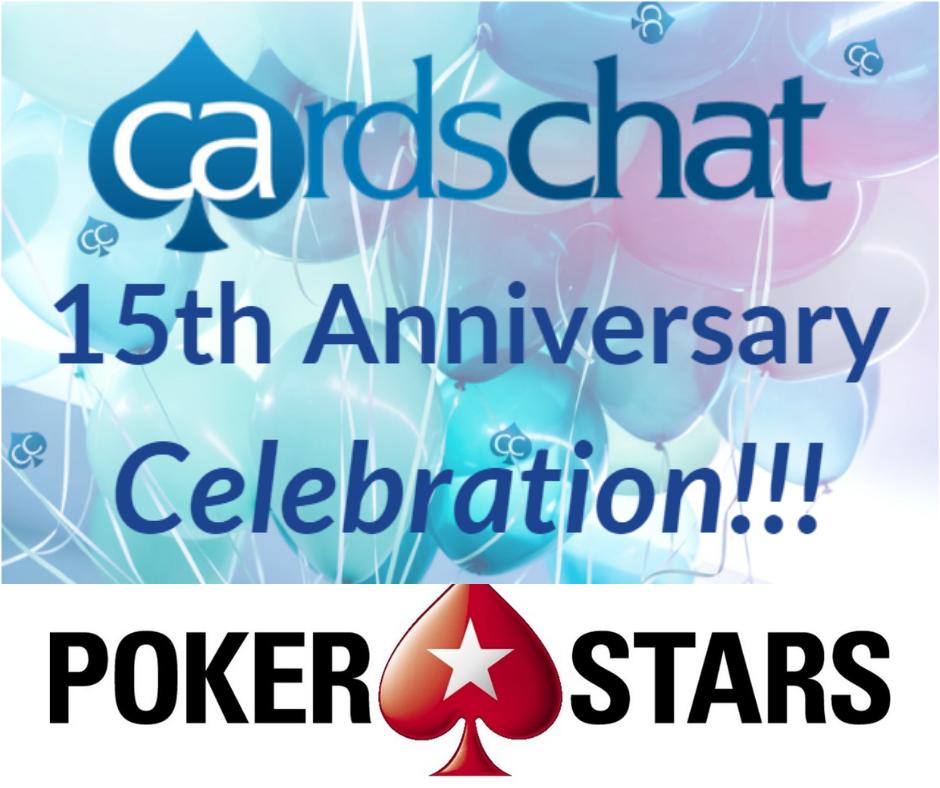 PokerStars is the place to be for some free money from CardsChat. (Image: Twitter)

The anniversary party began at the beginning of August. We have already given out thousands of dollars in online poker freerolls. More cash and fun poker games are on the horizon exclusively for our forum members.

To get in on the action, you must be a registered member of our forum. Sign-up is free and only takes a minute to complete. We currently have over 284,000 members, making it one of the largest poker forums in the world.

Win Money with CardsChat and PokerStars

An opportunity to cash in on being a CC fan is coming in the weeks ahead. We officially celebrate our 15th anniversary on September 8. But the action has already kicked off with a series of freerolls and more to come beginning on the 7th at PokerStars.

CardsChat is also hosting a separate $5,000 freeroll for the top 120 highest scoring players in the CardsChat PokerStars Home Game league. Instead of earning cash in this freeroll, the top 70 finishers will receive tournament tickets with a $500 ticket headed to the champion.

To register for the freerolls, you must post in the “CardsChat 15 Year Anniversary Celebration” thread on the forum with your PokerStars screen name.

PokerStars isn’t the only poker site we’re using to give out free cash. You can get in on the action over at BetOnline/SportsBetting with a $5,000 freeroll on September 22 (4 pm ET).

For American players, we even have a $5,000 freeroll for you over at Americas Cardroom on September 29. And if that isn’t enough to tickle your fancy, we have two more events in story for non-US players. The first being a $2,000 guaranteed prize pool at Intertops on the 28th. And the second on the same day at UniBet with $1,500 up for grabs.

We’ve Sure Changed Over the Years

Much like the internet as a whole, CardsChat has certainly changed since its inception in 2004. We were just a small forum back then, hoping to one day become a big deal.

That was during the poker boom era and, thanks to our loyal members, we’ve grown into a massive community. CardsChat currently has over 280,000 members, but we’re continuing to grow. Take a look and see just how much our website has changed over the years.