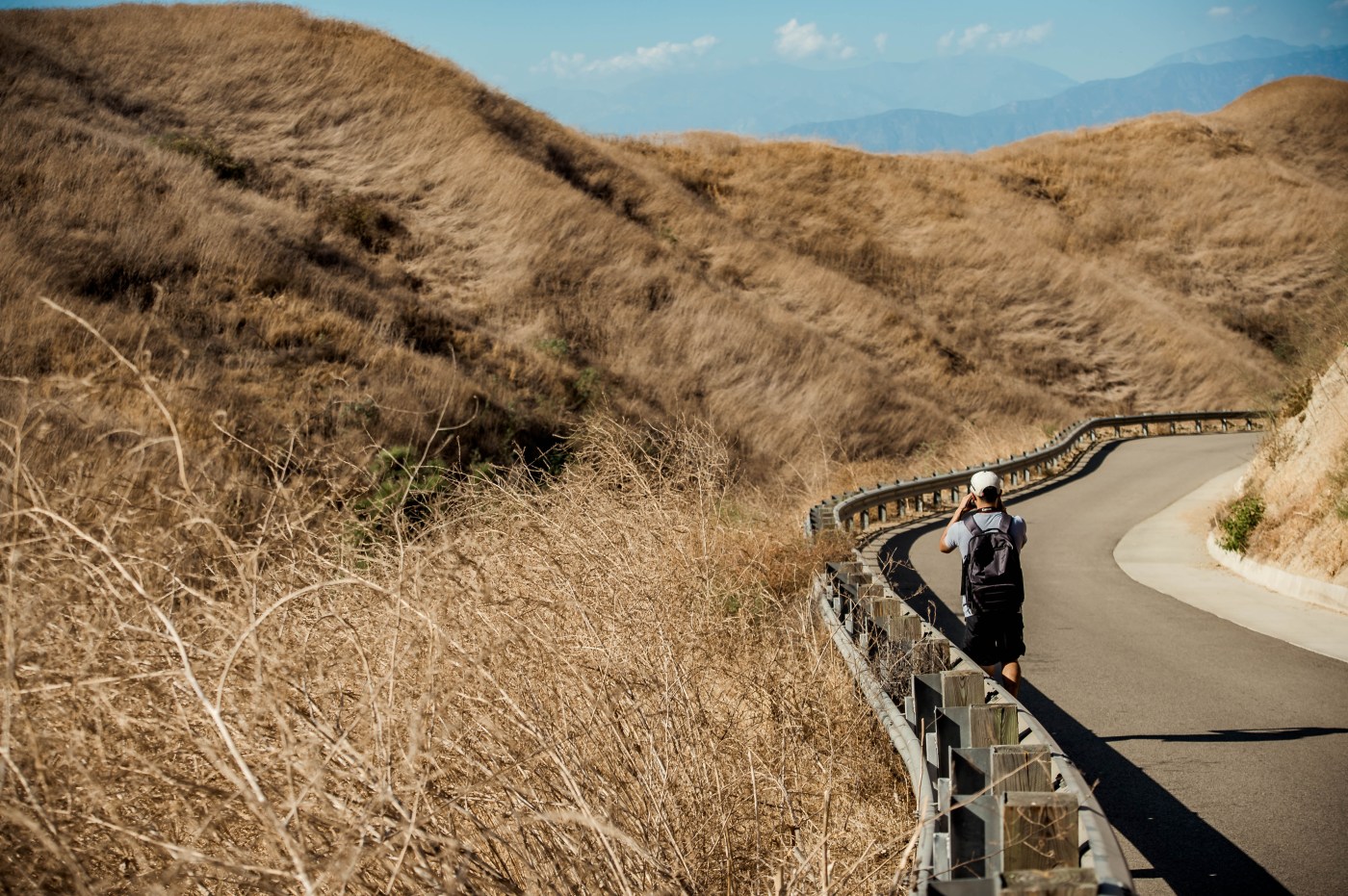 The area around Chino Hills State Park experienced nearly a 50% rise in wildfires in a six-year period due to an increase in hot spots, marking the park along with adjacent neighborhoods in Orange, Riverside, San Bernardino and Los Angeles counties as dangerously fire-prone, according to a new report.

A study by Hills For Everyone, a conservation group based in Brea that helped form the park, reported 48 wildfires occurring in the study area from 2012-2018 – 47% more than were reported for the century prior. Between 1914 and 2011, the group found, a total of 103 fires burned in the area.

The updated study found most of the recent fires were small, less than 10 acres, with the exception of Canyon Fire 1 and Canyon Fire 2 in September and October 2017 that destroyed 15 homes, damaged six others and scorched 11,876 acres combined.

“This time we had a lot more ignitions,” said Melanie Schlotterbeck, a technical consultant for the group who helped write the study, referring to the seven years studied for the report. “We had more hot spots where fires started.” The major ones are located along the 91 Freeway corridor between Anaheim and Corona; Carbon Canyon in Brea and the Rimcrest park entrance in Yorba Linda. Recent data shows the 57 Freeway emerging as a new hot spot, with 11 fires in six years.

The study, released in late September, reported little progress being made in stopping fires before they start, pointing out that low-cost, common-sense practices, as well as fire-evacuation plans, are often ignored or never completed by state agencies, local cities and residents. Too much emphasis is placed on controlling vegetation instead of on human behavior, which caused all of the 151 wildfires within this wildlife-urban interface except for two started by lightning strikes, the report concluded.

For example, the devastation unleashed by the two canyon fires in 2017 could have been prevented by changing construction practices. The Canyon Fire 1, which smoldered underground and led to the second fire a few days later, was started by a lit road flare placed on the 91 Freeway near Gypsum Canyon Road in Anaheim by a Caltrans worker, according to the report and an Orange County Fire Authority analysis.

“A road flare from a (Caltrans) road project on the 91 Freeway was accidentally introduced into the fuel bed adjacent to the freeway sparking a blaze that was driven by 20 mph winds … into the city of Corona,” the analysis said.

“It is a common-sense thing: If you are working in a fire zone, don’t use a road flare,” Schlotterbeck said. The report recommends banning flame flares and switching to battery-operated road flares.

Another way to reduce fire risk is to lay down weed mats along tinder brush adjacent to freeways and roadways. These allow wildlife to pass through but prevent ignition from a backfiring vehicle or a cigarette thrown out the window — both wildfire causes documented in the report.

Anti-fire weedmatts have been placed by Caltrans along the 71 Freeway at the 91 Freeway near Prado Dam, an effective tool to stop brush fires along freeways that can quickly morph into wider conflagrations, said Claire Schlotterbeck, mother of Melanie and a co-founder of Hills For Everyone.

But Claire Schlotterbeck said no weedmatts are in place on about two miles of the 91 near Gypsum Canyon, a hotspot where brush creeps up to the edge of the freeway lanes, she said.

Educating homeowners in Yorba Linda, Diamond Bar, Chino Hills, Corona, Brea and Irvine of the extreme fire danger — especially during days like Thursday and Friday, Oct. 10-11, when Santa Ana winds gusted up to 50 mph as temperatures soared and humidity fell — is most critical. Yet information efforts have been spotty, the report says. Other recommendations from the study include:

• Communities should form volunteer fire watch squads that roam neighborhoods during red flag days. OC Parks, Brea and Irvine Ranch Conservancy have initiated these programs but many other cities and communities near the massive park have not done so.

• Requiring retrofitting of existing, nearby homes, especially those on the park ridgelines. Homes should have automatically closing attic vents, boxed eaves, finer screens and access to fire-retardant gel that can be applied to the outside of homes.

• Going door-to-door to inform residents of fire danger at the start of fire season. Including fire-safety and home-hardening tips at National Night Out events in August.

The park consists of rolling hills of chaparral studded with oak and walnut trees, including steep canyons and streams lined with sycamore trees and stands of walnut trees. Natural fire cycles should occur every 30-150 years. But the fires have been occurring every 11 months. When the hills burn too frequently, the plants get replaced by invasive grasses that dry out earlier in the season, ignite faster and spread fire more rapidly, the study said.

“The Chino Hills State Park is an important open space but because of the fire frequency, the natural plant community is pretty compromised,” agreed Rick Halsey, executive director of the California Chaparral Institute in Escondido.

“If the area had more natural landscaping it would have a lower fire frequency,” Halsey said, saying the combination of invasive grasses, climate change and encroaching development that invites more illegal human activity make the study area more susceptible to fires.