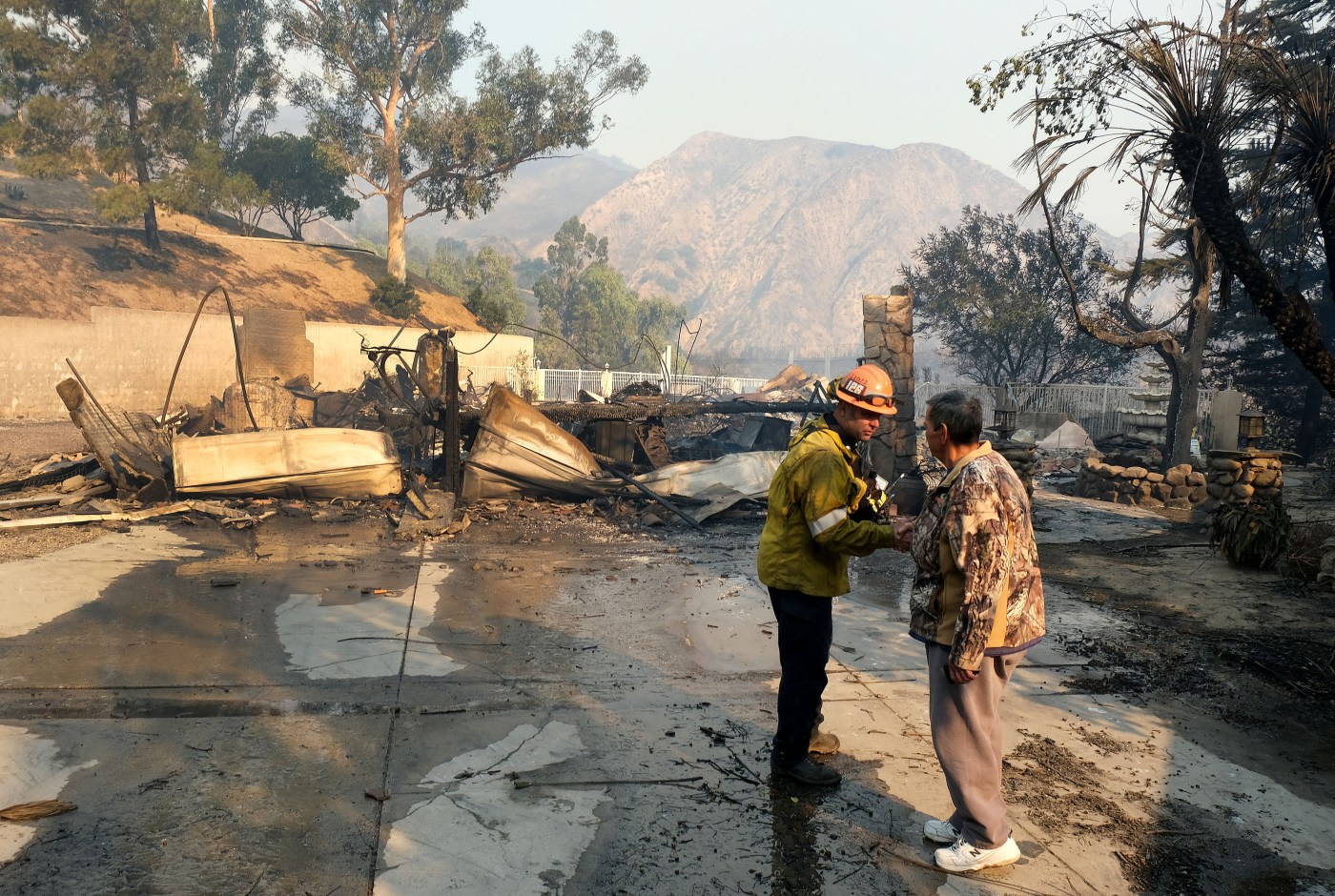 Firefighters inched their way toward fully surrounding the Saddleridge fire on Monday, aided by cooler temperatures and lighter winds.

Los Angeles Fire Department officials said the fire, which started late Thursday and had so far burned 7,965 acres in the hills above Porter Ranch, Granada Hills and Symlar, was 43 percent contained as of Monday morning. Containment is the area of the fire that firefighters have dug lines around, preventing its spread.

On the night the fire started, powerful winds ripped through hillside neighborhoods north of Symlar on Saddle Ridge Road, near the 5 Freeway. At around 9 p.m., residents noticed the flames behind their homes – within 15 minutes, the blaze was rapidly spreading east and west along the hillside and sending embers floating into their backyards.

The fire has destroyed 17 structures and damaged another 58.

At least one person has died in the blaze – a Porter Ranch resident in his 50s who neighboors said collapsed while using a garden hose to stop the spread of fires near his home. The coroner’s office had not yet identified him.

Another death was also related to the fire – city officials said Capt. Albert Torres of the Los Angeles Park Rangers was patrolling San Fernando city parks affected by the fire on Friday.

“Later, Torres said he wasn’t feeling well and collapsed,” the officials said on Instagram. “He was taken to the hospital and died of a heart attack early Saturday morning.”

Firefighters from around the region were continuing to attack the Saddleridge fire on Monday.

All evacuations that were ordered during the outbreak of the fire have been lifted.