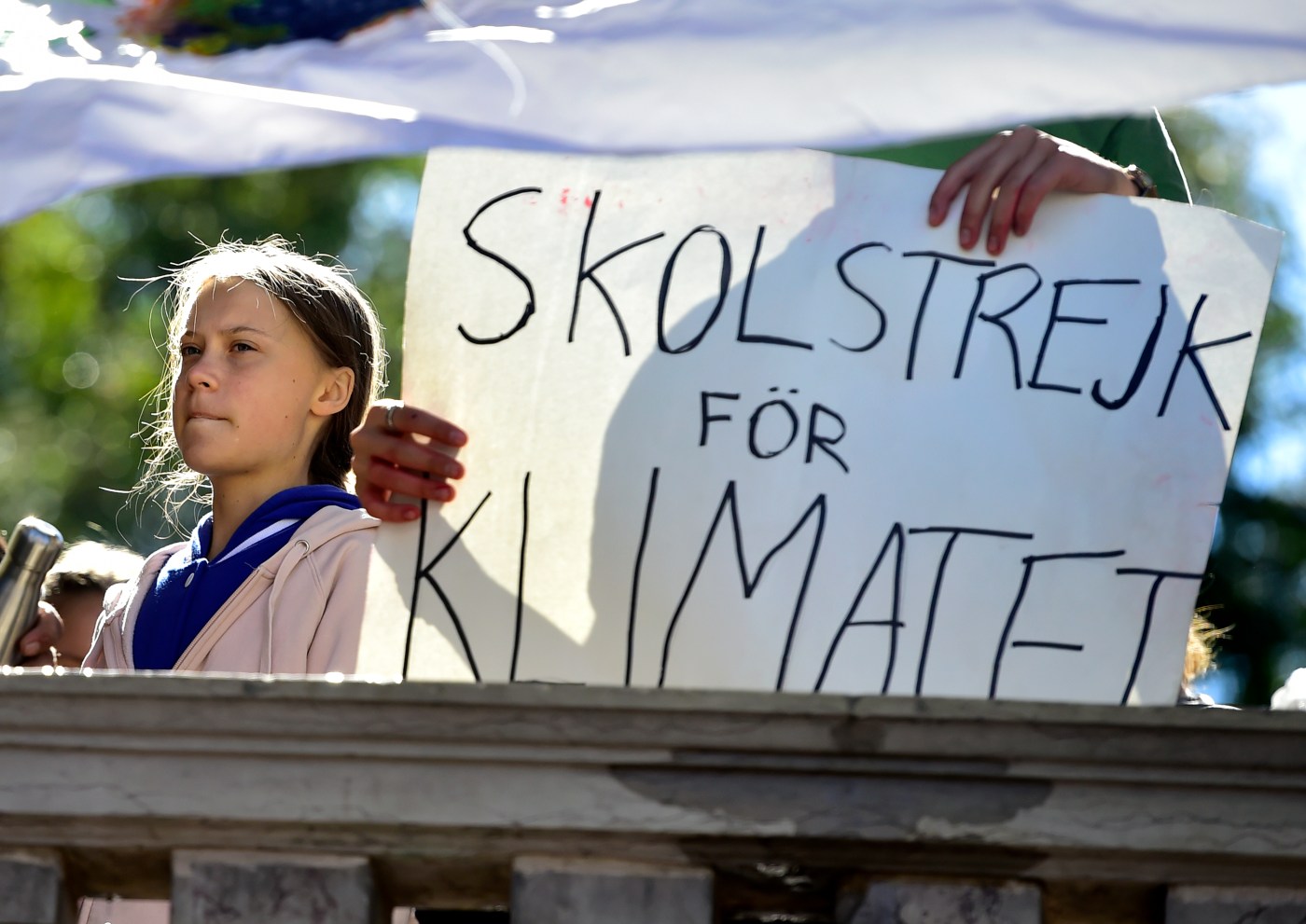 She responded, “We don’t strike cause it’s fun. We do it because someone needs to do something.”

“Our generation is being affected by climate change so we’re the ones that have to live with it,” she said, adding, “Greta Thunberg is awesome.”

Nina Doebele is a 7th grader skipping school today to come to strike downtown. “Our generation is being affected by climate change so we’re the ones that have to live with it.” Also…”@GretaThunberg is awesome” pic.twitter.com/8TdA4NgpYY

Thunberg quickly lambasted political leaders, who she and her peers say are not taking climate change seriously.

“Our political leaders are not mature enought to tell it like it is…So we, the youth, are going to do it for them,” she said.

“It’s important for us to be here,” she said, shortly before the day’s events were underway.

“We have 11 years to act on climate change and as a youth organization. Our adults, they have done a little but, but it’s not enough and we may not have a future. The youth are showing up and are saying enough is enough and we must take action now… This is a crisis. This is a human rights crisis, and we need to face it.”

Thunberg has seen a stunning rise, from teenage activist protesting by herself outside the Swedish Parliament, to a global symbol for youth empowerment. Her “Fridays For Future” protests have spread to over 100 countries, inspiring a new generation of climate activists.

She was nominated — and considered the favorite — to win the Nobel Peace Prize, one of the youngest ever to be included as a finalist. On Friday, the committee awarded the prestigious prize to Ethiopian Prime Minister Abiy Ahmed.

Baines said she was glad Thunberg was at the Denver rally.

Friday’s protest comes on the heals of a Sept. 20 climate strike which brought over 7,500 participants to Denver, including legions of students walking out of class to bring attention to the need for action on climate change.