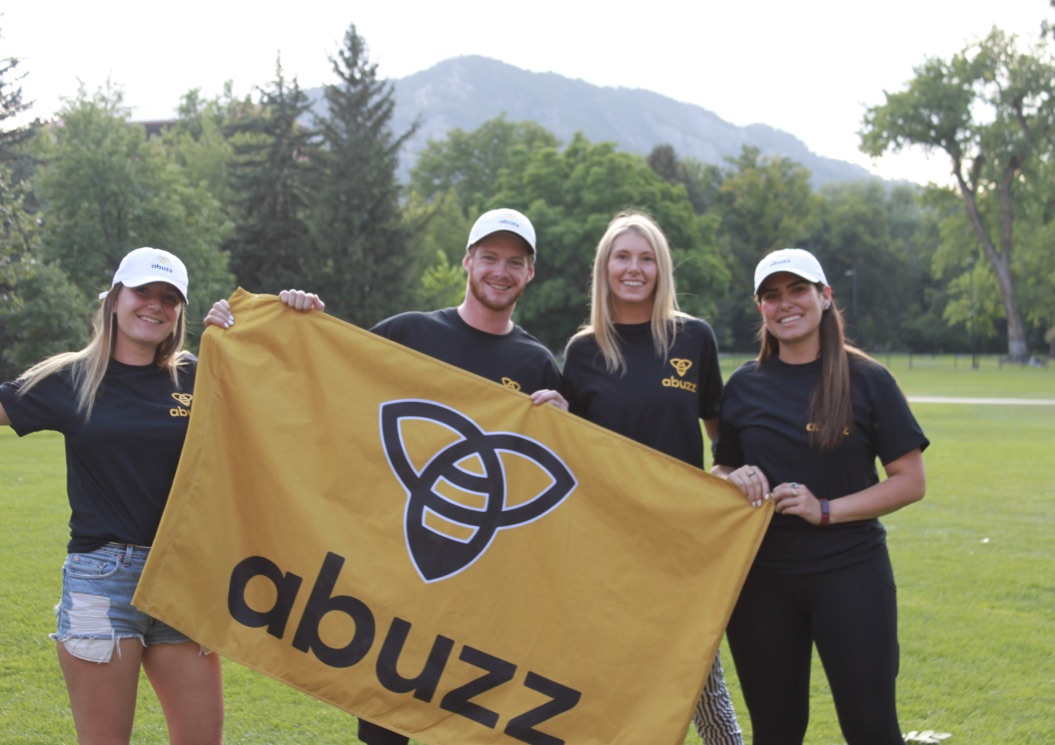 Two University of Colorado Boulder alumni launched a social network app to connect students to campus and prevent the social isolation that can result from an increasingly online world.

The app is currently exclusive to CU Boulder, though Hickman and Lillaney said they’re looking to expand it to universities across the country.

Unlike other platforms, Abuzz doesn’t connect students to their peers in other states or countries — it’s meant to be a closed community ecosystem.

Hickman compared it to the neighborhood app Nextdoor.

“It’s more about the connection in that community itself than the larger connection, like Facebook and Instagram that allow you to connect across the world,” he said.

When it started, the company looked at creating a website with recommendations for college students, but that quickly fizzled, Lillaney said.

“We realized there was a lack of a platform to create those smaller groups within your campus,” she said. “We wanted to get rid of the ‘lonely student.’ Social media is creating this lonely, depressed student that’s obsessed with likes and who’s following you.”

Instead, Abuzz allows students to create small communities based on common interests and creates a place to share events and deals on food. Only students with a campus email address can create an account.

Abuzz launched in late September and currently has more than 100 users and five paid student ambassadors.

As membership grows, Hickman and Lillaney said they’re looking to in-house moderators and students to keep the app free of bullying and harassment.

The goal is not to replace social media giants, Hickman said, but to offer a local, community-oriented option.

“It’s all of the stuff that’s going on naturally, the natural dynamics of the community atmosphere made digital, as opposed to reaching out to your friend from (across the country,)” he said. “Facebook along the way made the decision to go global and encourage that connectivity. Our priority is keeping things close-knit and private.”