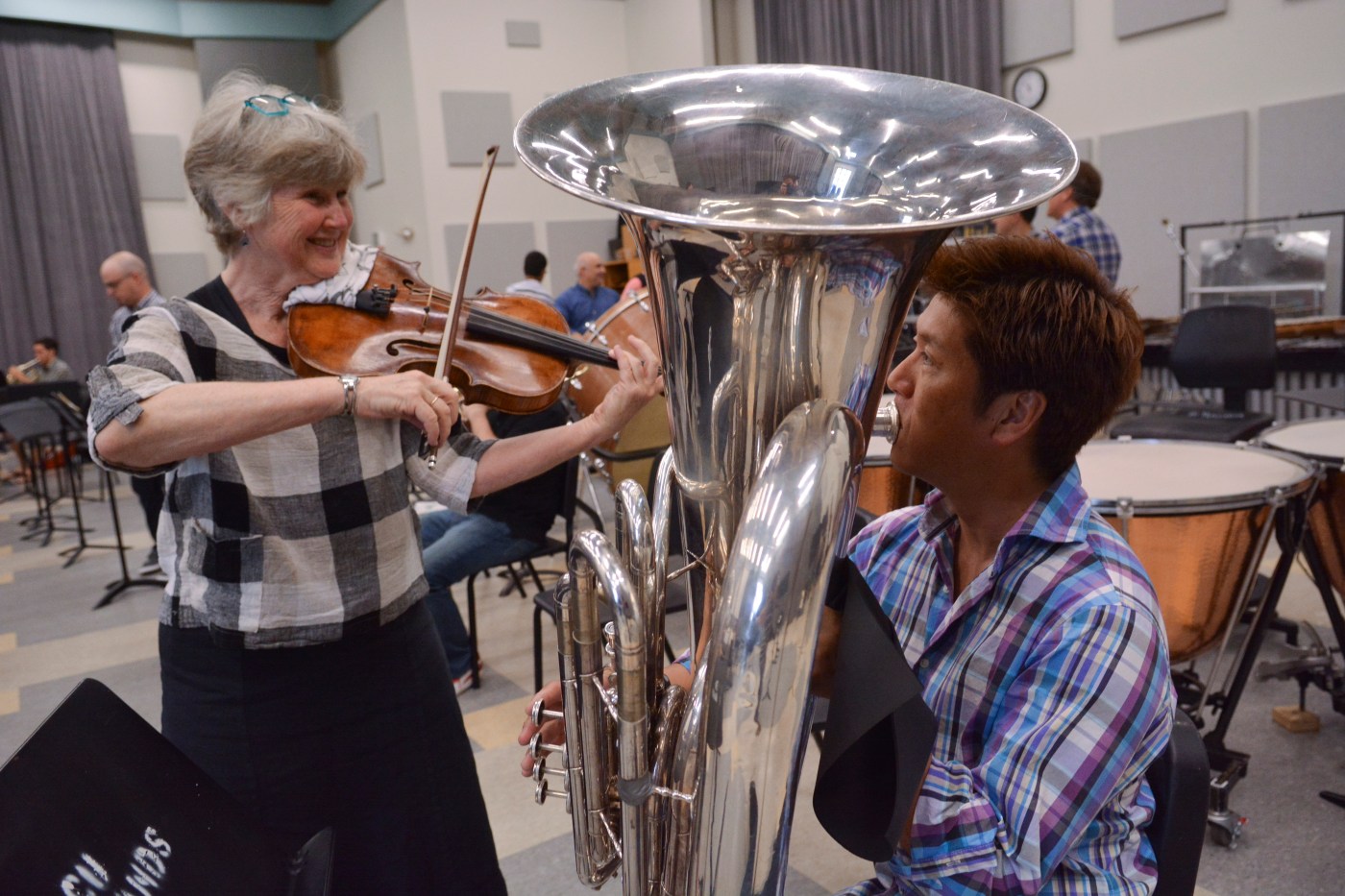 A 2018 study found the majority of musicians in the top 22 orchestras in the world are men.

The University of Colorado Boulder College of Music is trying to raise awareness about the issue, which includes composers as well as musicians.

“Historically women and people of color have not had the same sort of access due to how the education system was set up,” said Katie Skayhan, community engagement and social innovation coordinator at the college.

The music world has an “inherited culture” of inequity because a lot of classical music originated in Europe, Skayhan said. But as orchestras try to broaden their relevance beyond older, whiter audiences, they need to find ways to connect to people of color and other diverse groups, she said.

According to the Quartz study, 69% of the full-time musicians studied were men. Men also were disproportionately represented in the majority of instruments, the study found. The only instrument that skewed toward women to the same extent the others skewed toward men was the harp.

Skayhan and the college’s Diverse Musicians’ Alliance, a group that promotes diversity of music, cultures, ideas and races at CU Boulder, have organized a panel to discuss gender equity in music.

The panel will feature three women from the Cleveland Orchestra, which comes to CU Boulder biennially for the Daniel P. Sher Master Class Program in September. This is the first time the university will hold a public panel during the residency.

The three women span three generations, Skayhan said, so they each will provide different perspectives on the industry and the changes over the years.

Kendalia Spencer, a junior studying violin performance, said the goal is get people thinking about the problem and how it could be fixed. She hopes doctoral students attend the event, as they soon will be entering the professional world, she said, as well as students from other colleges at CU Boulder, as they’ll be future audience members.

The panel is an “experiment” for the college, Skayhan said, and she hopes it will be empowering.

“I hope that this is a catalyst for more conversations like this to get people questioning what their role is,” she said. “… Boulder is such a passionately musical community. I would love to empower more of our community activists to think about what programming they want to see.”

Skayhan said she thinks prioritizing events like the panel will help “move the needle” on gender equality.

“If we have more awareness, we can’t turn away,” she said.

Spencer hopes by the time she finishes graduate school, the world is more open to seeing women as a high-ranking members of orchestras.

But, she believes the conversation can’t just be limited to groups of women, or other diverse groups. Men, women, people of color, the LGBTQ community and others need to come together to find solutions to the industry’s diversity problem, Spencer said.

“The resources that it takes to get to that level of playing is so extreme that I think people fall off just due to financial circumstances,” she said.

While equity and diversity is a goal for CU Boulder, Skayhan said, administrators are still working on finding a way to track alumni success for different demographics in the College of Music.

Currently, CU Boulder plans to host this event as well as the “Persevering Legacy” concert that features music composed by African-American women, which it hosted last spring. Working with the Museum of Boulder, the college also will provide information on how people can make Wikipedia entries to expand the number of entries on women musicians, making information more accessible to the public.

The Diverse Musicians’ Alliance also is working on a data project that will examine what kinds of music the university historically has included in campus programs, and how much of that is composed by women or for women.

What: Building the Next Generation: Reflections from the Women of the Cleveland Orchestra