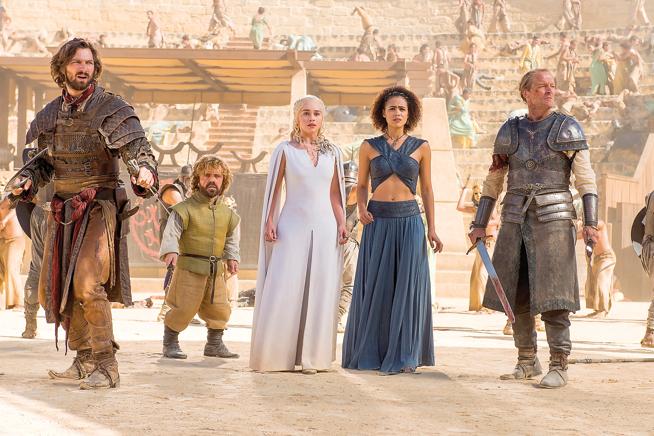 Most of the 4,000 classes the University of Colorado Boulder offers can be found in course catalogs at universities across the country, but there are a few that are much less ordinary. Instead of relying solely on often despised textbooks, these classes take their lessons from popular shows, hands-on labs and filmmaker Wes Anderson.

A few of the eye-catching courses in this semester’s catalog include “Game of Thrones and the Logic of Political Survival,” “Design of Coffee,” “Music and Space,” “Environmental Cinema” and “Music of the Rock Era.”

The political science class that incorporates the show “Game of Thrones” is is a first-year seminar taught by Assistant Professor Adrian Shin.

Shin said he’s always wanted to offer a course on the popular show because the plot “represents realpolitik without the popular message of good triumphs over evil, which is often desired by the audience.” In “Game of Thrones,” strategy triumphs over ideals.

The course is offered to 19 students and uses reading materials like “The Dictator’s Handbook” to illustrate the political ideas in the show. Shin said it’s important for students to learn topics like political science in a manner that is related to pop culture.

“In class, I have to use lots of examples to help students understand what it takes to come to power, stay in power, and lose power,” Shin said. “’Game of Thrones’ episodes replace these examples and promote student learning at the maximum level because my students are already so invested in the characters and the plot developments.”

Student’s familiarity with the characters in the show also allows him to draw parallels between them and historical figures.

“This is when my students learn both political science concepts and relevant world history,” he said.

Sarah Rosenbloum, a freshman philosophy major, said she is really enjoying — and learning from —Shin’s class.

“The way the class is structured makes it fun to learn about political science,” Rosenbloum said. “I typically watch the episodes and then do the reading, which is a cool way to do it, since I can make connections in the readings based on the episodes I just watched.”

Many college students say they have a difficult time absorbing the information they’re taught in a typical lecture class, according to numerous studies. Finding ways to involve pop culture or media such as shows, music or movies with which students are already familiar could be a way to combat this, education experts say. The strategy is used at all levels of education to keep students engaged and to explain unfamiliar topics. Universities are paying attention to this, as more are beginning to offer these types of courses. Schools like Susquehanna University, Rutgers University and the University of South Carolina offer classes that incorporate pop culture icons into economics, political science and sociology, respectively.

“I think it’s very important for students to learn heavy concepts through pop culture because it gets people interested in the topic, and it makes it fun to learn about,” Rosenbloum said.

Melanie Parra, assistant director of communications at CU Boulder, said the courses are designed to fit with university degree requirements and faculty members create these courses to “provide relevant and engaging opportunities for students to explore fields of interest.”

“Response to the courses has been positive because they allow students and faculty to explore academic interests in creative ways,” Parra said.