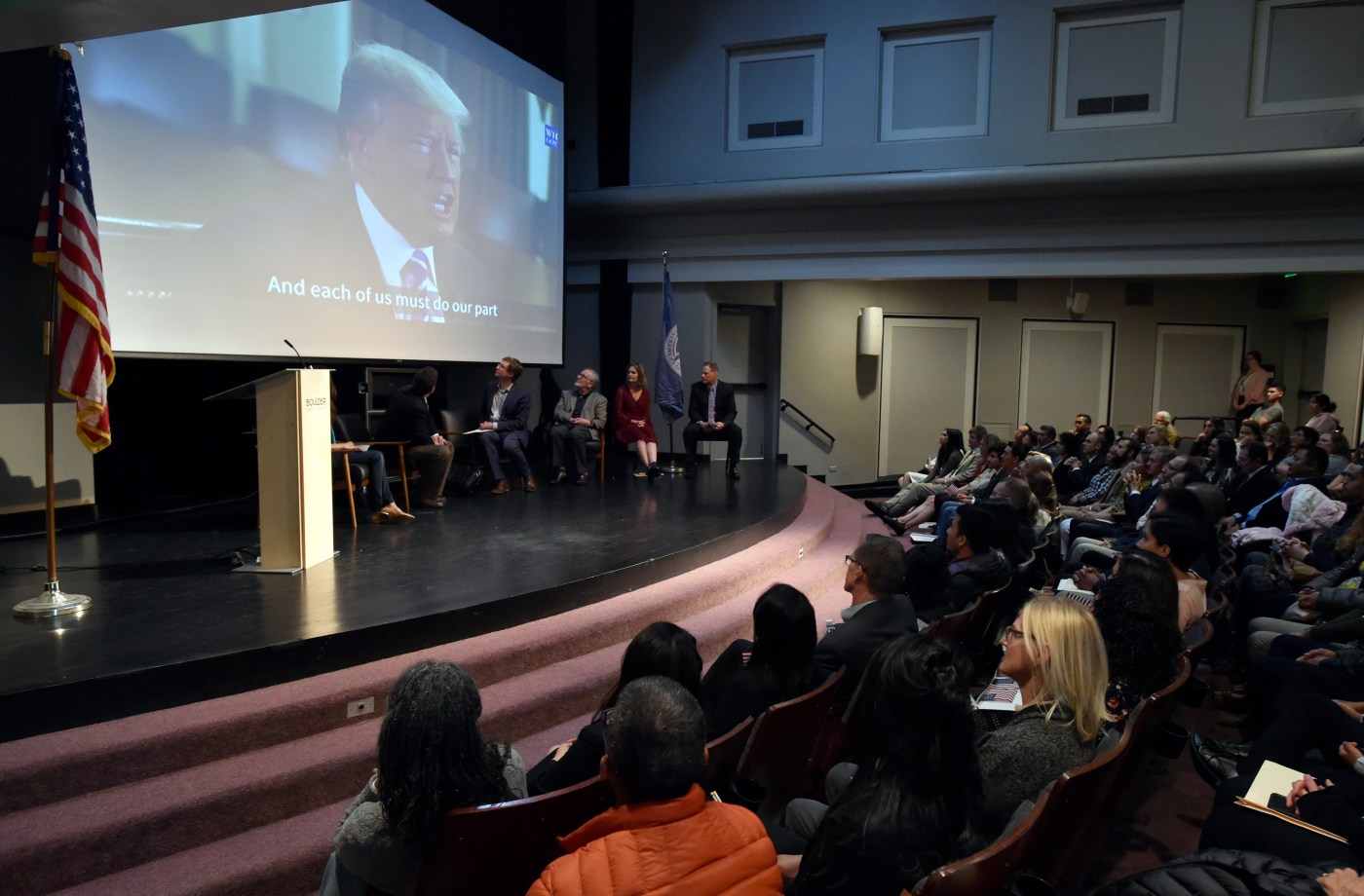 The Colorado State Advisory Committee to the U.S. Commission on Civil Rights last week released a report showing that the number of backlogged U.S. naturalization applications has surged above 700,000 nationwide, causing wait times in the U.S. Customs and Immigration Services office to double since 2016.

The 9,325 applications in the queue at the Denver Field Office makes Colorado one of the worst offenders in the country, resulting in an average wait of 10 months, far beyond the U.S. Citizenship and Immigration Services’ mandate to process applications within 120 days, according to the report.

The report was headed up by Ming Hsu Chen, a law associate professor at the University of Colorado Boulder and the faculty director of the school’s Immigration and Citizenship Law Program, who also serves on the Colorado State Advisory Committee to the U.S. Commission on Civil Rights.

By allowing wait times to balloon to between 10 months and three years, she said the government is illegally blocking legal permanent residents from accessing government benefits and employment opportunities, as well as being able to exercise their rights, and in particular, their right to vote.

“The naturalization backlog gives rise to other concerns about discrimination in the administration of justice related to violations of the statutory or due process rights of applicants,” the report read. “Naturalization by eligible persons is a statutory right; it is not subject to agency discretion. If an individual meets the eligibility requirements, they have the right to be naturalized within a reasonable time frame, which was defined by Congress and the U.S. Citizenship and Immigration Service to be six months.”

While U.S. immigration officials have had a backlog of naturalization applications before, Chen noted the backlog was fully cleared in 2006 and the present backlog is unprecedented in size and still growing despite the fact the agency was provided with more staff and resources in preparation for the upcoming election cycle, when the number of applications usually increases.

The problem, the study reported, is that many of the additional staff members were tasked with fraud detection, not processing applications and that new vetting requirements mandated by the White House require more time to process the applications.

In a survey of immigration lawyers in Colorado by the American Immigration Lawyers Association, 17 of the 22 attorneys who submitted responses noted increases in the number of Requests for Evidence their clients have been receiving in the last two years, including information that should not have a bearing on eligibility, such as marriage certificates and information about criminal conduct that fell outside of the statutory five-year period.

Chen compared this bureaucratic spiderweb to an invisible wall, keeping those who have managed to legally enter the U.S. from becoming citizens and exercising their rights as such.

“In needing to request more and more evidence for things that are not materially relevant to citizenship in some cases, and needing to look back years into someone’s history rather than being able to focus on the relevant time period for naturalization is, of course, all going to take more time,” she said. “This is one piece of a bigger piece of a bigger picture of a variety of policies that are making immigrants feel unwelcomed, if not excluded, if not discriminated against, if not outright threatened.”

Based on the 10.7-month average for processing naturalization applications at the Denver Field Office, applicants would need to apply for naturalization before January to have any chance of exercising their right to vote in the next presidential election.

“This shouldn’t be controversial,” Chen said. “These are individuals who have lived in the U.S. for 10 or more years — five years to get a green card and another five years to be eligible for citizenship — who have already been vetted and screened and made it to the U.S. and have a family member or employer who has sponsored them. They are Americans in everything but citizenship, Americans in waiting.”

While there are few avenues for those with naturalization applications pending in the backlog to obtain relief; the report suggested their best option might be to take their case to court.

The Administrative Procedure Act directs agencies to conclude matters presented to them “within a reasonable time,” and stipulates that a reviewing court shall compel agency action unlawfully withheld or unreasonably delayed.

According to the report, individuals with applications that have been pending in the backlog far past the recommended processing time of six months may merit a writ of mandamus, which would compel agency action.