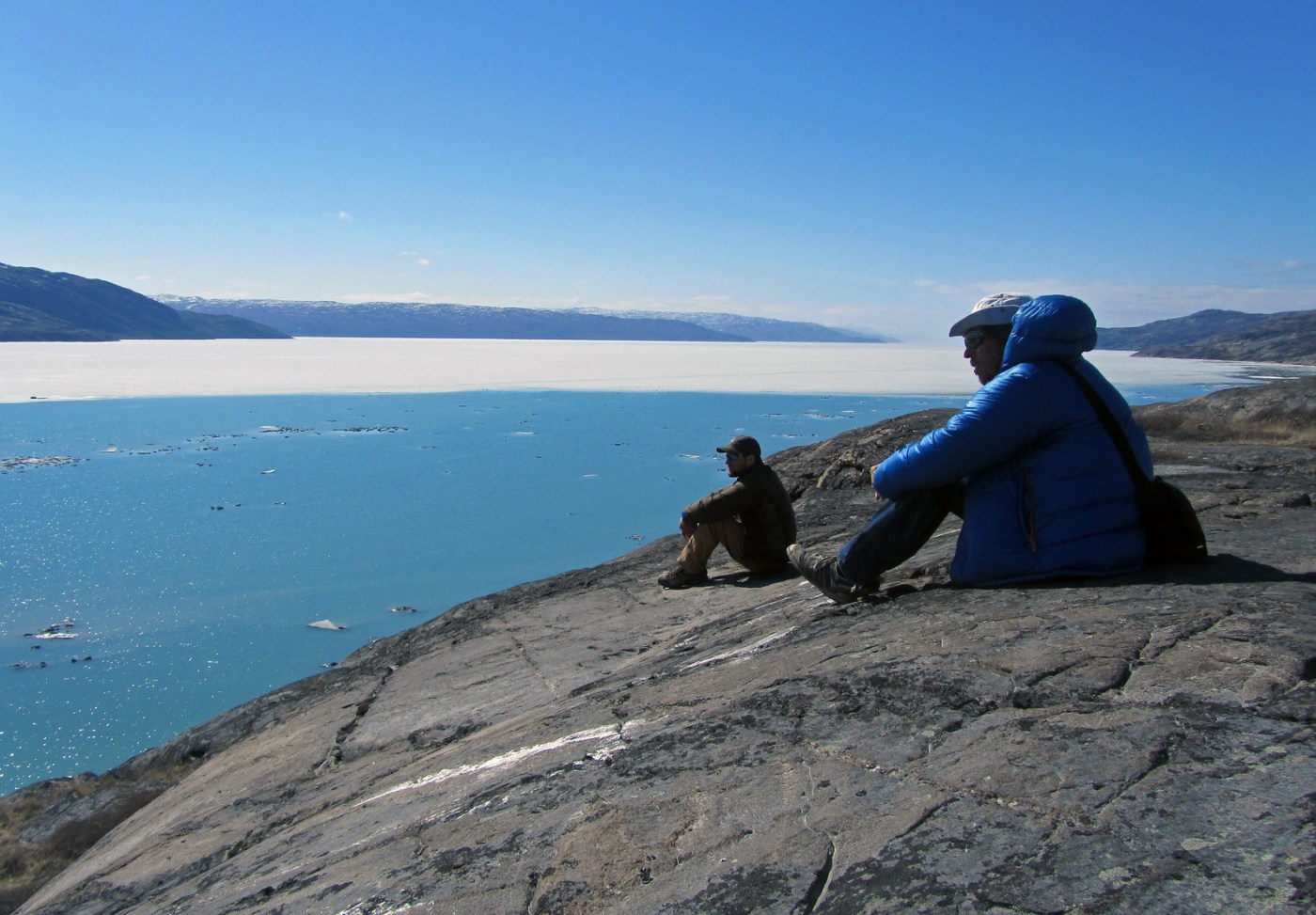 As many across the world prepare for Friday’s Global Climate Strike, yet another study signalling the transformation of the planet’s environmental dynamics has been published this week led by researchers at the University of Colorado Boulder.

The study published this week in Nature shows that impenetrable, thick ice slabs are rapidly expanding in the interior of Greenland’s massive ice sheet, where historically the ice is typically more porous and able to reabsorb meltwater.

MacFerrin said in an interview that while it’s exciting, from a scientific point of view, to be able to document such dramatic changes, “I’m also a father and it’s terrifying as a father, that these changes are happening at a continental scale so quickly. As a dad, that’s terrifying.”

The snow over much of Greenland only partially melts each summer. It later refreezes into thin ice disks, or so-called “lenses,” only an inch or two thick, nestled within the compacted snow. Meltwater can typically percolate downward and around ice lenses, refreezing in place without running off to sea.

But as extreme Arctic melting events become more frequent, those delicate ice layers are expanding and solidifying into huge 3- to 50-foot thick slabs, creating an impermeable shell just beneath the surface. Meltwater can no longer seep down into the ice sheet and instead pours downhill along the ice slabs and eventually into the ocean.

The paper states the increases in meltwater have formed slabs that have “expanded the Greenland ice sheet’s total runoff areas by 26 (plus or minus 3) percent since 2001.

And although runoff from the top of the ice slabs have so far added less than one millimeter to sea level rise, “this contribution will grow substantially as ice slabs expand inland in a warming climate,” according to the paper.

It projects runoff from ice slabs is set to contribute up to 2.9 inches to global sea level rise by 2100 under high-emission scenarios. That’s about double the estimated runoff from Greenland’s high-elevation interior that would be predicted by models without such ice slabs.

There is no indication at this time those dynamics are likely to shift in a more positive direction.

“As the climate continues to warm, these ice slabs will continue to grow and enhance other meltwater feedbacks,” Mahsa Moussavi, a researcher at CU Boulder’s National Snow and Ice Data Center and a co-author on the paper said, in a statement. “It’s a snowball effect: more melting creates more ice slabs, which create more melting, which, creates again more ice slabs.”

MacFerrin said the discovery of the slab formations was made “accidentally,” when he was participating in drilling for ice cores with Swedish and Danish researchers in Greenland in May 2012, as part of his doctoral research.

“When we started drilling down, at a meter and a half, we were finding core after core after core of solid ice, three or nearly five meters of solid ice just underneath our feet,” rather than the expected ice lenses. “And we found this was a widespread feature.”

Since making that initial discovery, the researchers have investigated the ice slabs by driving snowmobiles across southwest Greenland, pulling ground-penetrating radars behind to map the extent of slabs. Additionally, they have used data from NASA’s Operation Icebridge, which is documenting changes in polar ice, to understand how the slabs have been expanding in recent decades and to predict how they may continue to do so.

MacFerrin said his team’s findings fit a larger pattern of research showing historic shifts in the Greenland climate. He pointed to a 2018 study, also in Nature, led by researcher Luke Trusel, which showed the amount of melt on the Greenland ice sheet in the last couple of decades to be greater than anything occurring in at least the previous 350 years, and possibly the last 5,000 years, likely leading to rapid increases in future meltwater runoff and contributions to sea-level rise.