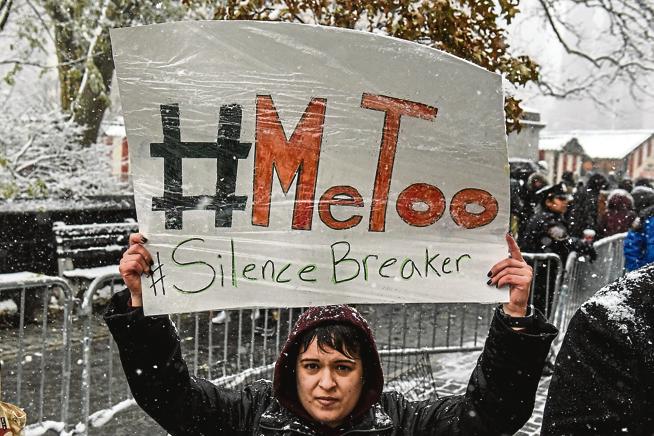 A professor at the University of Colorado Boulder Leeds School of Business surveyed women from 2016 to 2018 and found that they experienced sexual harassment less often, but gender harassment more often.

Stefanie Johnson, an associate professor in the school, credits both of the results to the #MeToo movement, which is a movement against sexual assault and harassment that began in 2006 and was popularized through use of the hashtag on social media in 2017.

Johnson and other researchers looked at more than 500 women altogether in September 2016 and September 2018 after an initial round of interviews that were supposed to be about women and leadership in the workplace, she said.

About 80% of the women they interviewed brought up sexual harassment, so the researchers realized that was something important to focus on.

“I thought it warranted studying,” Johnson said. “Particularly because of the silence breakers who took the bold step. They deserve to know that it’s had a positive impact in the way of decreasing sexual harassment.”

Both self-esteem and gender harassment increased over the two years, Johnson said.

From qualitative interviews researchers did with participants in the two years, they found women had better self-esteem because they felt less alone. The women talked about having support from other women and knowing they would be believed if they shared their stories, Johnson said. Women also credited organizations taking sexual harassment more seriously and a general increase in awareness on the issue with the decreases in sexual harassment.

Gender harassment, or a show of hostility toward women, increased as a backlash to the #MeToo movement, Johnson theorizes.

“If there’s a power shift, if women are gaining more power, then there’s a fear of losing power,” she said. “… If you feel backed into a corner, you’re going to run or attack.”

Janine D’Anniballe, director of rape crisis center Moving to End Sexual Assault (MESA), said she has also seen backlash to the #MeToo movement. She agrees with Johnson and thinks it’s a reaction from men who feel threatened by the movement and shift in power.

“I also think the current political climate where there is just, frankly, a lot more overt hate and what I call ‘othering’ and marginalizing seems to” make people think that is OK, she said. “It’s also quite discouraging because obviously this is just another form of violence.”

#MeToo gave those who felt disempowered a voice, she said, and those in power started to worry about being held accountable.

“The only people who need to be worried about this are people who were doing behaviors that were not OK,” she said. “But if men are confident that they’re not committing crimes or being discriminatory or harassing women, then there’s nothing to worry about. It’s that simple.”

D’Anniballe said she hopes people will continue to speak up about harassment and get support when they need it. MESA can offer support for those who want to speak with employers about behavior, but are worried about the potential impact on their jobs, she said.

Men also need to speak up, she said.

“What we need is male-identified people to be active bystanders when they see or hear about this kind of behavior taking place … The bottom line is most men are not doing this, most men are not harassing, most men are not committing gender based violence,” D’Anniballe said. “But if they’re silent in that, then they are complicit in the culture that’s allowing this to continue.”

Johnson said one big takeaway from her study is the importance of having support from other women in the workplace.

“Hearing the stories of people who didn’t tell anyone about sexual harassment because they feared they would be judged for something they didn’t do, something that someone else did, and seeing today that they feel more supported by other women and that they aren’t gonna be judged — I think that’s really powerful,” she said.

She added that everyone in a workplace needs to come together to stop gender harassment, which can also have the added effect of better business performance.

“Yes, we should treat everyone fairly because it’s the right thing to do, but also it helps with bottom line performance,” she said.

Resources for victims of sexual assault