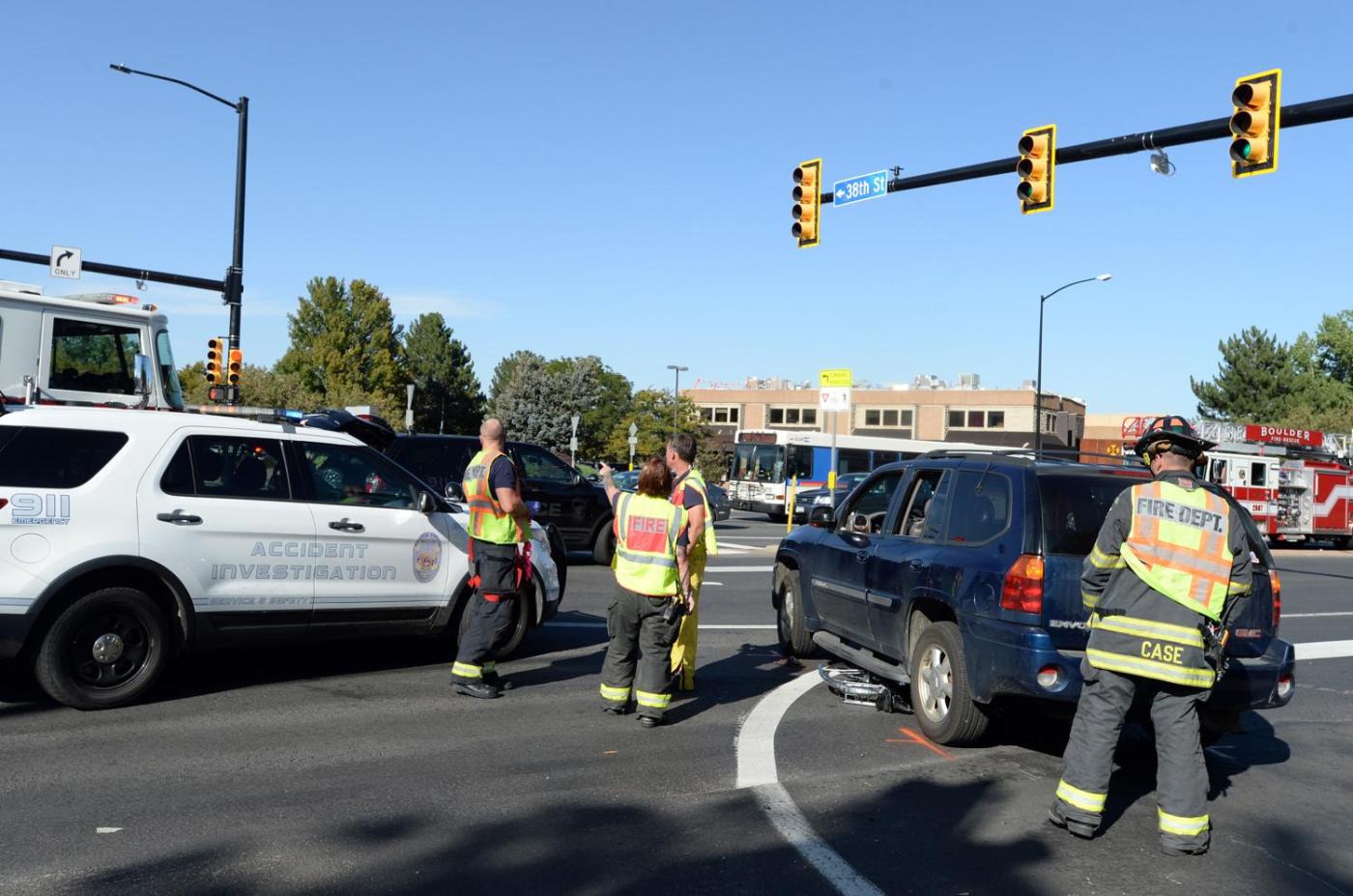 A cyclist who became trapped under an SUV during a collision Thursday in Boulder sustained a broken foot, but no life-threatening injuries, according to Boulder police Sgt. Laurie Wegscheider.

The crash occurred Thursday afternoon at Arapahoe Avenue and Marine and 38th streets in the southwest crosswalk.

Arapahoe Avenue was closed at Marine Street and 38th Avenue as police worked to extricate the cyclist. Police scanner traffic indicated the woman was conscious while trapped under the vehicle.

Additionally, the police department put the city on accident alert because of the crash. That means motorists in noninjury accidents that are not blocking traffic were advised to exchange information and report the incident at a later time.