Dash continued to improve its growth in 2019 and according to their official Reddit blog, Dash enjoyed a lucrative week.

It was indicated that Dash had outperformed a total of 8 major coins in the past week. Simple moving average [SMA] of 47% was registered; with Dash outperforming 4 of the top 10 coins. 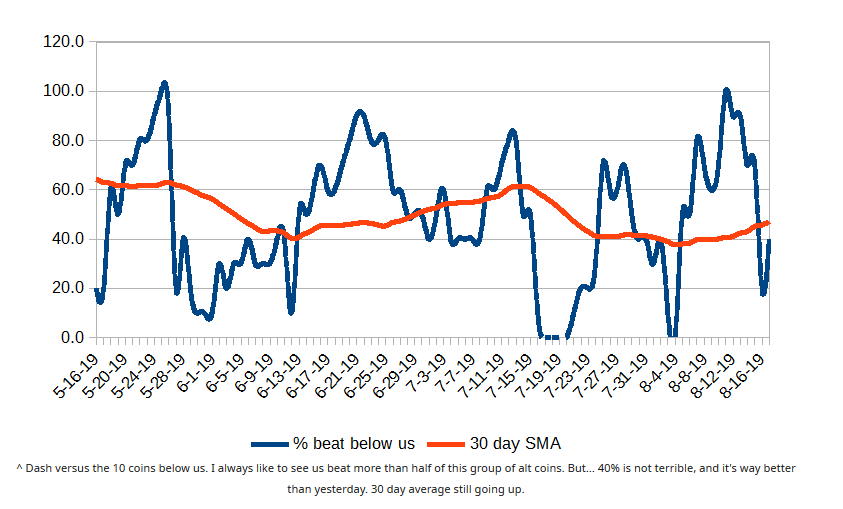 The Broad Competitive Basket score can be viewed in favorable terms since the collective score was well above 30% (in terms of the SMA).

Recently, Dash also announced the release of their new Dash Core v0.14.0.3, a new form of wallet, after it was reported that Dash was hit by another “stress test or attack”.

Dash’s official medium blog revealed that the network witnessed an “abnormally” high load on its network which was later identified to be artificial, and suggested that it was either an attempted attack or stress test.

The post revealed that some masternodes had crashed due to insufficient storage space in the network after random masternodes restricted others nodes after the increasing load was witnessed.

At press time, Dash was valued at $93.10 after dropping down to 16th in the ranking, following Chainlink’s massive 3.70 percent hike in the past 24-hours.