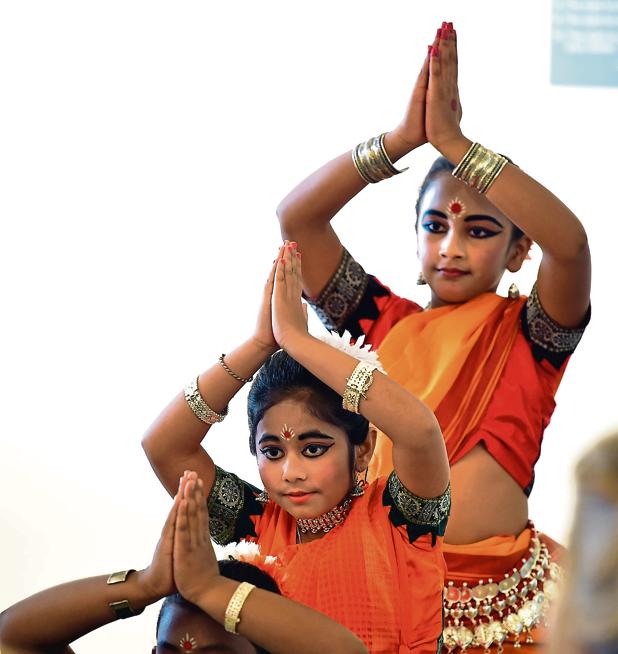 The “greatest literary show on Earth” is making its way back to Boulder this weekend for the fifth year in a row.

The ZEE Jaipur Literature Festival (JLF) is set for this Saturday and Sunday at the Boulder Public Library. This festival brings speakers, authors, performers and artists from all types of backgrounds to Boulder. “Each Other’s Stories” is the theme for this year’s festival, and the line-up of over 50 diverse speakers is reflective of that.

The stated goal of the festival is to be bright, colorful and engaging. Learning about other people’s lives and participating in captivating discussions will be at the forefront of the event.

Each day is scheduled to start with morning music and be followed by discussions. Panels planned for the weekend are based around topics such as immigration, globalism and leadership. A few featured authors include Chitra Banerjee Divakaruni, Chike Frankie Edozien, and Mira Jacob. Conversations with local Colorado authors will also be available.

While attendees can listen to authors and speakers, there will also be numerous writing genre workshops consisting of science fiction, memoirs and storytelling. Plenty of music will be provided as well spreading across varying cultures. Performers include Indian musicians Shruthi Vishwanath and Pandit Shubhendu Rao as well as Boulder favorites Los Chicos Malos.

This year, ZEE JLF Boulder is including more events for younger generations. Kathy Lane, one of several library leads for ZEE JLF Boulder, said “We have worked with teamwork arts to include topics and presenters that would be particularly engaging to teenagers. Last year we started story time during the JLF to our youngest patrons.”

Some of these events include “Tell Me a Story: Creating Stories with Collage” for ages 6-18 and a young adult science fiction and fantasy workshop for ages 13-18.

“It’s really a community gathering and to see it bring so many good people together who really understand its heart, gives you goosebumps,” said Public Relations and Communications Manager Tari Bohnert in an email.

Bohnert attended ZEE JLF in India, where the event originated. According to her, “it was filled with color, conversation, serendipity, human diversity, culture and a complete education on many different levels. There was so much sharing amongst attendees and authors, all who were there and so many wonderful connections being made.”

ZEE JLF Boulder Executive Director Jessie Friedman helped bring this festival to Boulder. She attended the event in India, and on the  trip back said she knew Boulder was the perfect place for a literature event just like it. Friedman sent a 10-page proposal to one of the founders of the Jaipur Literature Festival on why Boulder was the ideal place.

After the JLF team visited Colorado, “They selected Boulder as their first outpost in the western hemisphere in the United States,” Friedman said.

According to Friedman, the first year of JLF in Boulder attracted around 6,000 attendees. Last year’s festival reached a total of 11,000. Friedman hopes to see the local event continue to grow with the hope of outdoor spaces and venues similar to JLF in India.

When: Saturday and Sunday