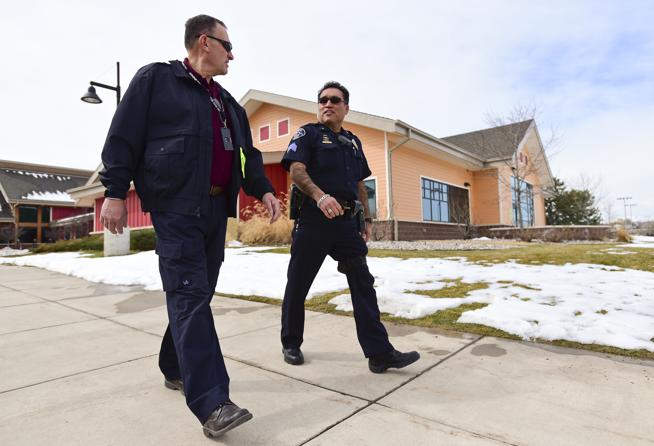 Several regional cities are among the best places to live when it comes to safety and rasing a family, at least according to a recently released report by backgroundchecks.com

In one of two reports about safety in Colorado cities, Louisville was named the second-safest city in the state.

Backgroundchecks.com is a free online directory for accessing public records and running background checks. Louisville’s property crime rate is four incidents per 1,000 inhabitants, according to the report.

“Public safety is the single most important thing to our city and the residents,” said Louisville Mayor Bob Muckle. “We invest a significant amount of money to public safety through the police department, and keeping residents safe. Having it recognized we’re succeeding in this area is gratifying.”

Louisville police Chief Dave Hayes said his department lives by the motto to “investigate beyond the obvious” and takes preventative, as well as enforcement measures, to combat crime. He cited community training opportunities and getting out into neighborhoods to encourage residents to do things like lock their car doors or be on the lookout when crime occurs.

While statistics have indicated Louisville as low crime city before, he said work to keep it that way will continue.

“(The ranking is) not new to us, but we know we can’t rest on our laurels,” Hayes said. “We have to continue to put forth that effort.”

Rankings were calculated by combining violent and property crime rates along with police officers employed, then comparing those results against cities throughout the state. FBI crime statistics also are used when creating the state rankings.

The report lists safety indexes, which is a combination of the aforementioned metrics, plus violent crime rate, property crime rate and employed police officers. The higher the score is, the safer the city is, according to the report.

In Weld County, Firestone was listed the No. 1 safest city with a crime rate of .67 incidents per 1,000 inhabitants, and Frederick was placed third with a .55 safety index.

Firestone police Chief David Montgomery said it is not the first time Firestone has been listed as one of the safest cities in Colorado.

“We have a fine group of officers in Firestone that are dedicated as far as the safety and welfare of our citizens,” Montgomery said. “I can’t go on without saying we have great citizens here and they are accustomed to a certain way of life. They work closely with officers to make sure we continue to have that.”

Broomfield finished the top five with a crime rate of 1.23 per 1,000. Broomfield was one of the larger cities in the report with a population of 68,000.

For a full list of the cities, visit backgroundchecks.org/safest-cities-in-colorado.html.

According to WalletHub, a website that offers customized credit improvement advice, personalized savings alerts, 24/7 wallet surveillance and more, Erie ranked second and has a total score of 67.88.

“I anticipate by 2020, we will be ranked No. 1,” said Erie Police Chief Kim Stewart. “We have the best employees, and the best community. Erie truly is No. 1.”

The entire state was listed as the 12th best state in which to raise a family.

Louisville was named No. 4 on the WalletHub list with 67.04 points, Superior was named fifth with 64.82 points and Lafayette was named 18th with 56.35 points.

Elsewhere in Boulder County, Longmont was named 22nd with 54.55 points and Boulder was named 24th with 54.2 points.

To compare the cities, WalletHub’s analysts compared more than 60 cities in the state with 21 key indicators of family friendliness. The data set ranges from housing affordability to number of attractions to quality of school system. Those qualities were evaluated using 21 relevant metrics, which was graded on a 100-point scale, according to the report.

The report also showed the top five cities with a variety of categories.

Boulder was named one of the top cities with the most attractions, Louisville and Superior were named in the top five highest median family income, and Erie was named third in the lowest violent-crime rate and fifth lowest divorce rate.

For the full report, visit wallethub.com.