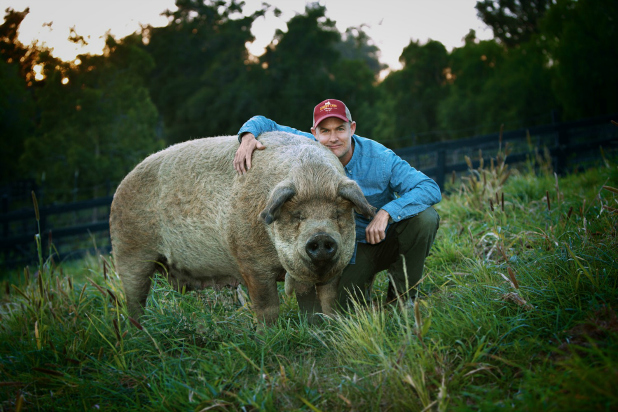 Filmmakers, fans and experts this week will be tending to a delicate garden of indie films that focus on nature and the outdoors for the inaugural Boulder Environmental/Nature/Outdoors Film Festival.

The films, 10 documentaries and a drama, will explore and dissect issues from the ecosystem in the area of the proposed wall along the U.S.-Mexico border to the struggles of a farming couple. Every film will be followed by a question-and-answer session with filmmakers and experts on the topic tackled in the film.

“Film’s a great starting point for a topic, but what’s important is that conversation afterwards,” said Richard Paradise, director of the festival.

Paradise is the founder of the Martha Vineyard Film Society in Massachusetts and a former Boulder resident. With increased awareness and fear surrounding environmental issues — a recent report published in the journal, Nature, found that 1 in 4 armed conflicts could be caused by climate change by the end of the century — the decision to have a film festival in Boulder focusing on the issues was an easy choice for Paradise.

The films are the centerpiece of festival, but a sunflower with only the head is far from attractive. The fest’s “petals” are the Q&A’s after the screenings. John Wildman, festival publicist who works with 15 other film festivals, is confident the resulting amalgamation will make for a memorable experience.

“There’s something unique about going to a film festival and taking part in the Q&A and everything else. I’ve never met someone who hasn’t wanted to come back,” Wildman said. “What’s purely original here is that these are films that detail the outdoor experience and the human experience.”

“The River and The Wall,” the film that will kick off festival, premiered in March at South by Southwest and boasts a perfect 100% on Rotten Tomatoes. The festival’s closer, “Woman at War,” is a fictional comedy-drama about an Icelandic woman illegally protesting an aluminum plan. The film was praised by critics and is being given an American remake with Jodie Foster.

Given the location of the festival and the subject matter of the films, the organizers are aware it could be less of a critical discussion on nature and more of a liberal hootenanny. Paradise is a fervent believer that the films and topics are bigger than political talking points.

“One of the films, ‘Current Revolution,’ goes out of its way to depict non-liberals. They go to Texas and the South to talk with Republican mayors about renewable energy. You can be conservative and still explore how to reduce your carbon footprint,” Paradise said. “If people love the outdoors and part of that love is going out and experiencing it, they are, by nature, an environmentalist.”

WIldman noted that small festivals such as this week’s support films that suffered from a lack of studio funding, but have an engaging story to tell.

“When you make an indie film, and you don’t have that big studio bankroll, you must really need to tell that story,” Wildman said. “And when you make an environmental documentary, it’s because there’s a problem or question left unanswered. You’re opening a door to the public and saying, ‘Do you know that this is happening?’”

When: Wednesday through Saturday