2018 was a year to forget for the virtual asset industry. A majority of the assets were impacted by crypto winter which had prevailed after the bullish run in late 2017. In light of that situation, 2019 has been a positive year for digital currencies.

Ethereum improved its valuation by almost 45 percent at press time since the turn of the year and even though, the token’s valuation was under correction at the moment, the community suggested that bearish momentum would pass and bulls would take over again. However, the trend patterns indicated something else entirely. 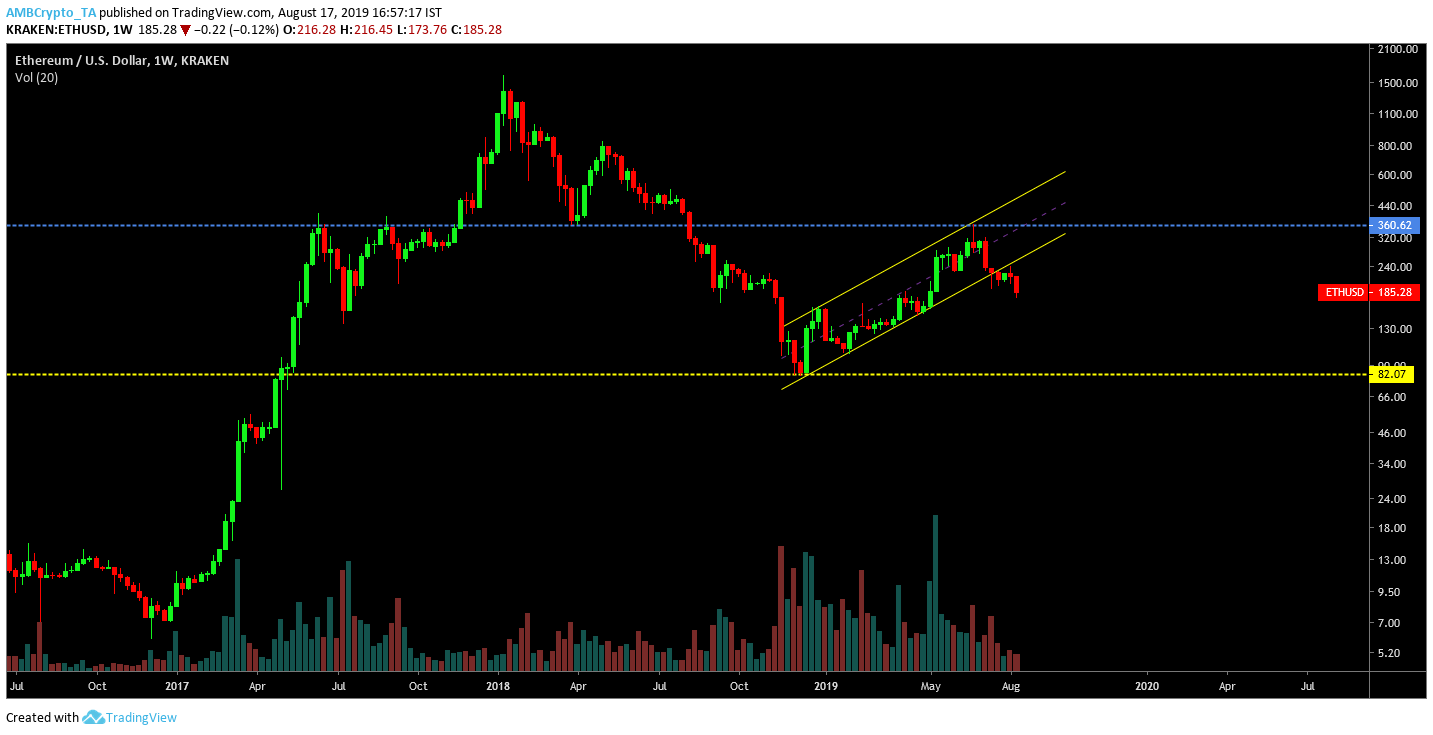 According to the aforementioned chart, since 26th November 2018, Ethereum had consistently followed an ascending channel over the last eight months which progressively provided ETH with the momentum to sustain growth over the time period. The price continued to rise until the breakout prevailed on the 15th of July.

The pattern breach was also downwards which indicated a long collapse for the token as one of the possible scenarios in the near future. Ethereum’s long support line was drawn at $82.07, which hasn’t been breached by the token since 1st May 2017. 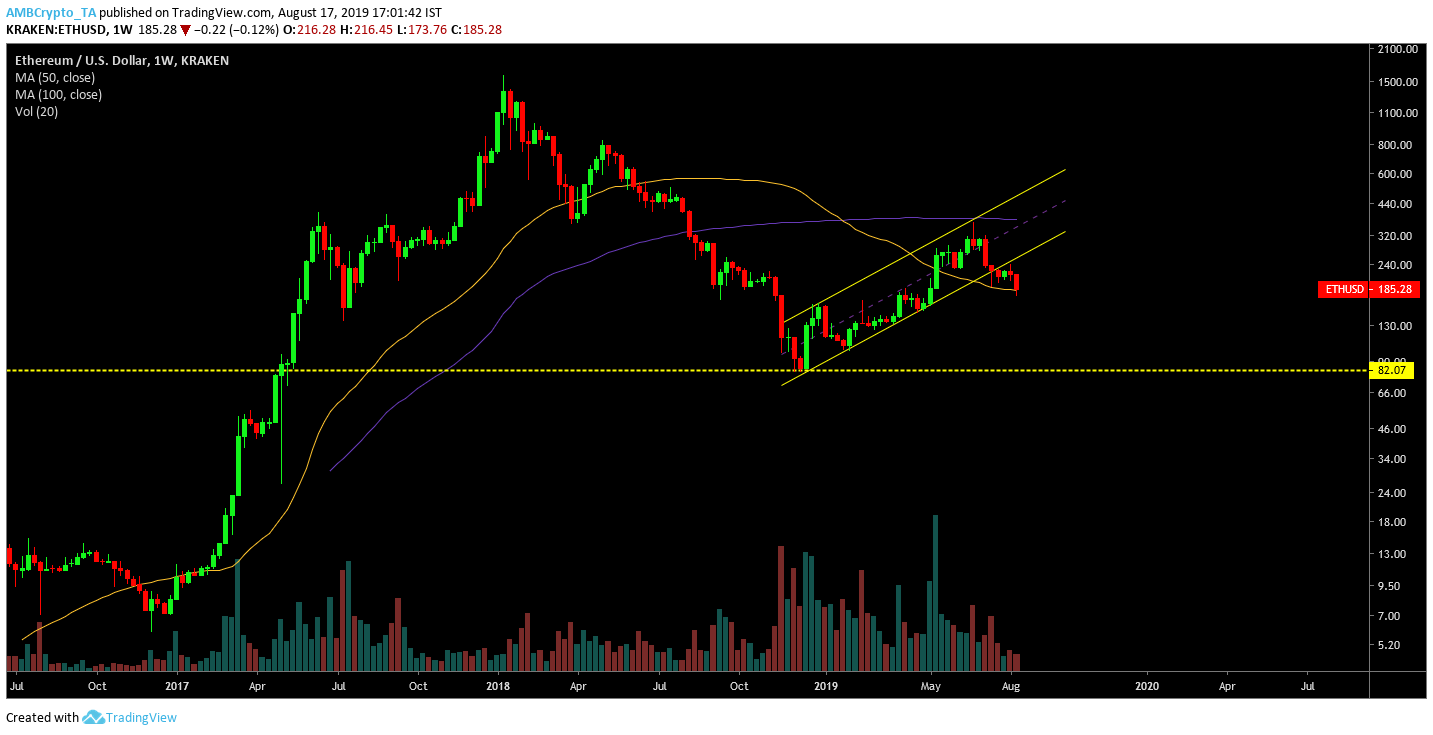 Another indicator which gives weight to this argument was the Moving Average. In the chart above, a comparison has been drawn between the MA, 50 and the MA, 100. Since mid-2017, it can be observed that 50-MA was threading above the 100-MA in the chart which indicated that the token was significantly bullish during that period of time. However, at press time, a crossover had surfaced in mid-April [incidently the same period when the bullish run surfaced], which saw the MA-100 hover over the MA-50 suggesting that a long term bearish run had begun for the token.

The long term patterns look completely in favor of bears for Ethereum.