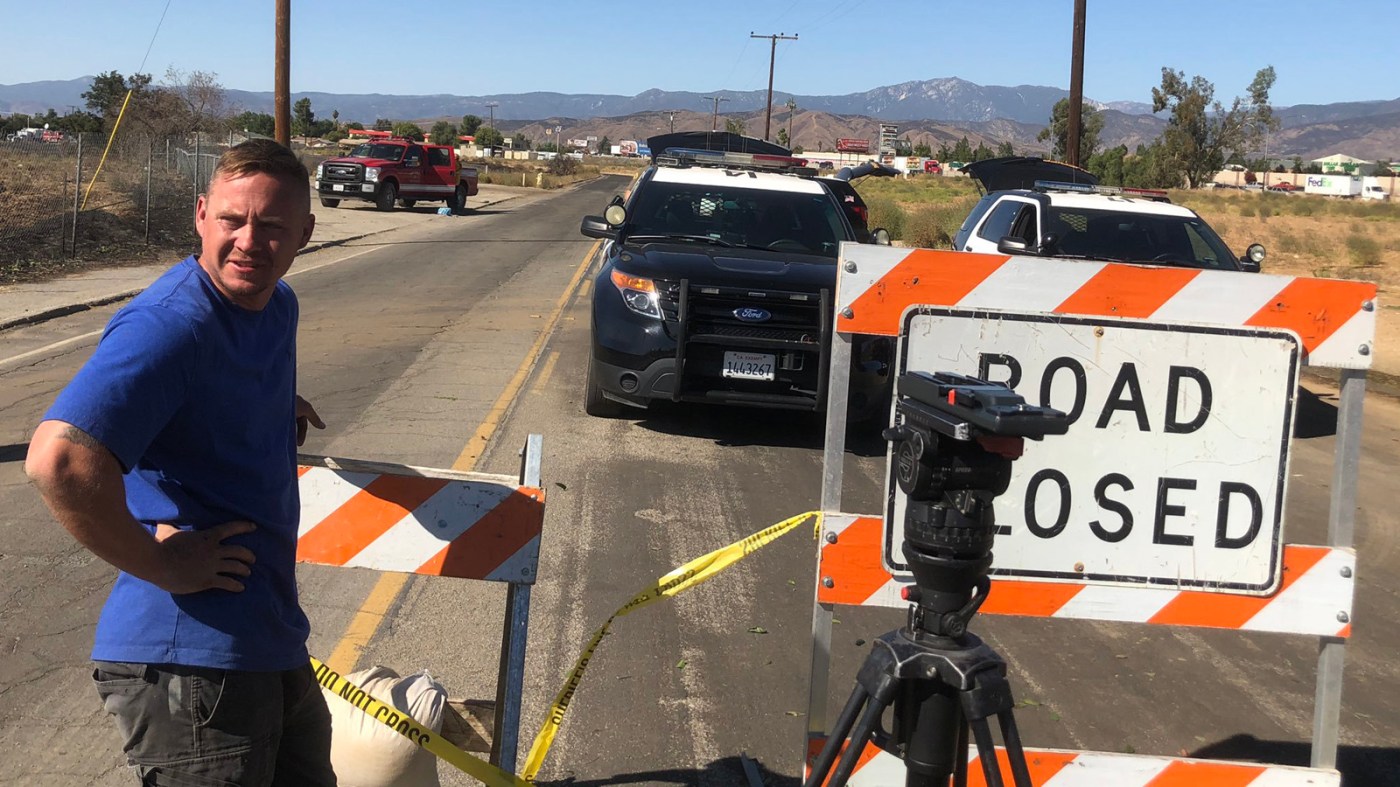 Vance Wooten survived the Sandalwood fire, but the home he shared with his mother, who lived in the Villa Calimesa Mobile Home Park for 30 years, did not.

As he fled the park, he managed to rescue one elderly neighbor. He believes he saw another woman perish.

Wooten, 34, was sleeping Thursday about 2 p.m. while his mother Jan Bonelli was away at work. He was awakened by a loud sound that he thought was the wind that often blows through the canyon.

He looked outside and saw the smoke.

“It was dark, like night,” he said as the family headed into the Jack in the Box on 7th Street on Friday. “The sound was like subwoofers going off.”

A palm tree was ablaze and dropping fronds on his home, he recalled. Wooten went to the home of a neighbor who has to use an oxygen tank. As that was happening, another neighbor asked him if he thought she had time to get her car out of her garage. He watched her go back into her trailer.

Wooten said he put the first neighbor in his car and went to get the other woman.

“I went to check on (her) and the whole garage was engulfed,” he said. “When I opened the garage door the black smoke just billowed out. Within five minutes the whole trailer was on fire.”

He did not see her again.

Wooten drove out of the park through the early afternoon darkness as his home burned behind him.

Wooten said he expected a fire like this. The wind blows hard through a canyon where dirt bikes once were banned because of the fire danger.

Marilyn Sim, 58, has lived in the park for 26 years. On Friday, she felt happy. And terrible.

Her home survived the Sandalwood Fire, but the home of her former bookkeeper burned.

“She lost everything,” Sim said Friday afternoon as she stood with other residents at a sheriff’s roadblock on 7th Street,awaiting word on when they could return.

Sim was at work in Yucaipa when she received a call from a frantic neighbor. The neighbor was also at work, in San Bernardino, so with Sim being closer, she asked Sim to check on her son. The son had called his mother after hearing evacuation orders.

“She was crying. She was hysterical. He was freaking out,” Sim said.

Sim said the park is well-maintained and home to doctors, business professionals, senior citizens and families with children. It’s cheapto live in, as well, she said, with some monthly rents in the $1,200-$1,300 range. She was fixing hers up to rent for $1,000 plus utilities.

When she arrived at the park on Thursday, she said, “I saw nothing but a bunch of flames.”

Sim spoke with several neighbors whose homes were destroyed.

His sister-in-law, her 2-year-old and her fiancé lived in a home that burned.

He was frustrated, he said, because deputies wouldn’t let him in to retrieve the family’s bunny – named Buns – that had been seen alive.

He pleaded his case to deputies, and about an hour later, a sheriff’s SUV rolled up.

In the back seat was a cage containing Buns.

A happy ending at the #Sandalwood fire. Chris Davis retrieves his family’s bunny, named Buns, after a Riverside County sheriff’s deputy brought it out from the mobile home park that burned in Calimesa. pic.twitter.com/pL0CqQb4Sp