DISCLAIMER/Author’s note: This is a satirical piece meant solely for entertainment purposes. Mark, if you’re reading this, please don’t take offense at any of this. Please don’t share and circulate my Facebook data (if you haven’t already, that is). Please don’t retrieve that old school-time pic of mine that I thought I had long deleted.

Also, don’t spam me with Candy Crush requests. Thanks.

David Marcus, the Head of Calibra and the face of Facebook’s crypto-project, Libra, is no more with the social media giant. In a now-viral Twitter post, Marcus tweeted, 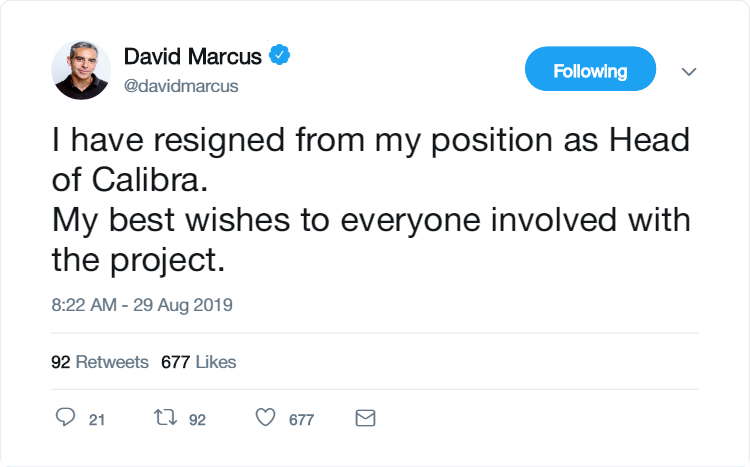 While Marcus is yet to release a statement on the reasons behind his resignation from the project, rumors and speculations about the same have been circulating on social media. However, the truth may be stranger than fiction.

A source within the Menlo Park-based company told AMBCrypto that Marcus’ resignation was in the cards for a long time. The source revealed that David Marcus’s dissatisfaction with the company and the project began when Co-founder of Facebook, Mark Zuckerberg, began spamming him with Candy Crush requests. In fact, Zuckerberg wanted to launch Libra as an in-game option for purchase on Candy Crush. Reports also suggest that Marcus has unfriended Zuckerburg on Facebook. 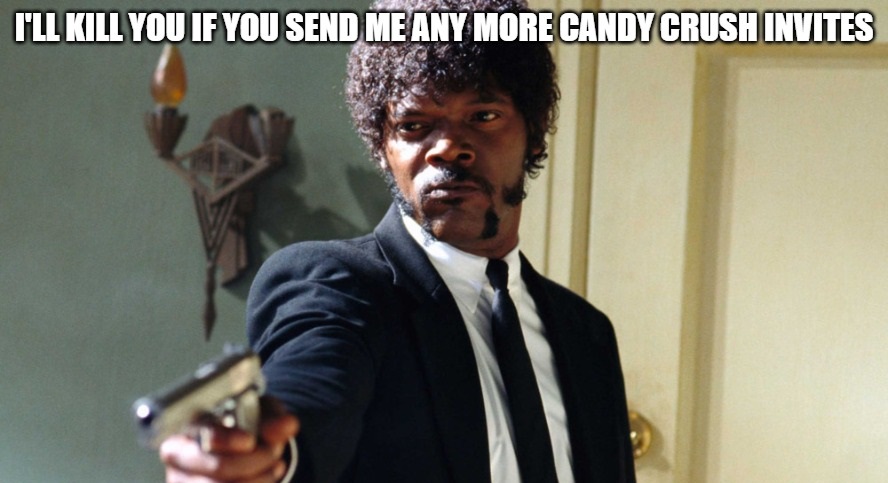 That’s not all. The source also told us that Marcus and Zuckerberg had several creative differences over the future of the Libra project. Marcus apparently, wanted no future, with the Head of Calibra becoming frustrated and disillusioned after being Facebook’s representative when the United States Congress discussed the social media giant’s latest endeavor.

“My calendar is full of meetings with policymakers and regulators. In fact I’m so busy, I’ve even forgotten my Facebook password,” Marcus told an aide after the latest round of hearings.

Zuckerberg, on the contrary, wants to accelerate the development of Libra. “Mark is worried the Winklevii will swoop in and be the first to cross the finishing line,” the source said. When asked whether Mark had Blu-ray discs of ‘The Social Network’ at his home, the insider declined to respond.

Facebook was quick to respond to Marcus’s resignation, with the social media company releasing a statement which said,

“David Marcus has resigned from his position as the Head of Calibra. He won’t be working with Facebook or the Libra project in any capacity. We wish David the best for his future endeavours.”

Zuckerberg has also sent a fresh friend request to Marcus on Facebook, some reports said.

The development comes as a shock to many in the crypto-community, most of whom had expected Facebook to finally take crypto into the mainstream. Many of them, however, feel that Marcus’s resignation is only a minor setback.

On the contrary, many skeptics still recollect the infamous privacy scandal the social media giant was embroiled in. Nouriel Roubini was one of the first to respond to the news of Marcus’s resignation. He tweeted,

“IMPORTANT development this – Facebook tried to get away with our data; got caught red-handed. They tried Trojan horsing us this time – Seems like it’s not going to work out this time either”

Regulators and policymakers were happy too, with the French Minister of Economy and Finance tweeting,”Merci.”

However, the news also evoked a reaction from unsavory actors of the social media space, with a few alt-right groups & white nationalists registering their disappointment. Richard B. Spencer noted neo-Nazi and white supremacist tweeted

“Resignation comes a few weeks after Facebook conceded they may never launch Libra. JOIN THE DOTS PEOPLE. The government doesn’t want Libra to launch. Not because it will threaten the Dollar, but because it’ll give a voice to the voiceless white people of America.”

Spencer went on to accuse Facebook and the government of restricting alt-right and white nationalist groups’ freedom of trade and commerce, in light of mainstream banks taking such steps as well. Facebook didn’t respond directly to the accusation, instead calling Twitter to suspend Spencer’s account, a man who has been reported previously several times.

The irony of a white nationalist using Twitter to moan about Facebook’s project was lost on whoever Facebook’s admin on Twitter is.

Others dismissed talk of resignation, claiming that Marcus would soon be back working with Facebook and Libra. However, this talk was soon laid to rest after Doubleday, the publishing house behind ‘The Accidental Billionaires,’ released a statement saying that it had signed a book deal with Marcus. While the statement said nothing else, many speculate that the book will be about Marcus’s time at Menlo Park.

Cameron Winklevoss, the taller of the Winklevii and Founder of the Gemini Bitcoin exchange, retweeted Doubleday’s statement and said,

“How about Working for a friendless boss/Crash & Burn as working titles for the book ;)”

At press time, Marcus hadn’t responded to Cameron’s dig at Mark Zuckerberg. However, a close associate did tell AMBCrypto that he wasn’t averse to either of those working titles.

It must be noted however that it’s difficult to see how Doubleday and David Marcus will circumvent the provisions of the employment contract the latter must have signed with Facebook. If it does go ahead, however, expect lots of drama akin to what transpired between Mark Zuckerberg and the Winklevoss brothers. After all, we all know Mark is quick to fight lawsuits, quicker than he is at banning alt-right groups, white nationalists, fascists and predators on his social media platform.