McClary, vice president of communications for the National Foundation for Credit Counseling during an interview on Friday has explained how much likely it would be for Libra to part its consumers from their money more easily than they think. According to Bruce,

“For a number of users, that ease of access for a tool that can be used for purchases and retail consumer activity could be dangerous, especially for those who already have a difficult time keeping control of their budget,”

Libra was introduced by Facebook in June and the social media giant has been made to answer a lot of questions about the project’s development. Libra is to be operated in partnership with major fintech companies, payment providers, consumer and credit card companies. It was planned to launch in 2020.

According to a survey conducted in February, which analyzed how 1,000 Americans manage their money, social media was ranked as the most important “bad” influence in terms of money management by survey respondents.

According to financial analysts, Libra’s easy accessibility could make it a convenient money waster tool which encourages overspending and parts consumers from their hard earned money more easily. According to Tyrone Ross Jr., an investment advisor specializing in cryptocurrency in Woodbridge, New Jersey.

“Knowing how humans are, if it is easy to do something, they’re going to have at it,” he said.

Compared to other cryptos like bitcoin, Libra proves potentially easier to use for day to day exchanges like grocery shopping and utility bills settlement, Ross said.

Ross continued by confirming that Libra was developed as a medium of exchange and would less likely make an investment asset like other cryptos like BTC and ETH. It was designed to be a stable cryptocurrency, fully backed by a reserve of some real assets. According to Ross, Libra would, therefore, experience little or no price fluctuations.

Priya Malani, a founding partner at Stash Wealth in New York City also expressed concerns over unguided money spending potentials of Libra’s existence. According to Priya, any efforts to digitalize money would definitely result in “an increase in spending on mindless purchases”.

She said the convenience and efficiency of payment make it a lot easier to part with your money. 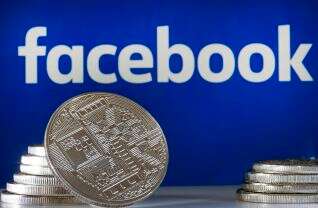 Once Facebook launches its cryptocurrency, its consumers would have to learn how to hold on to their coins.