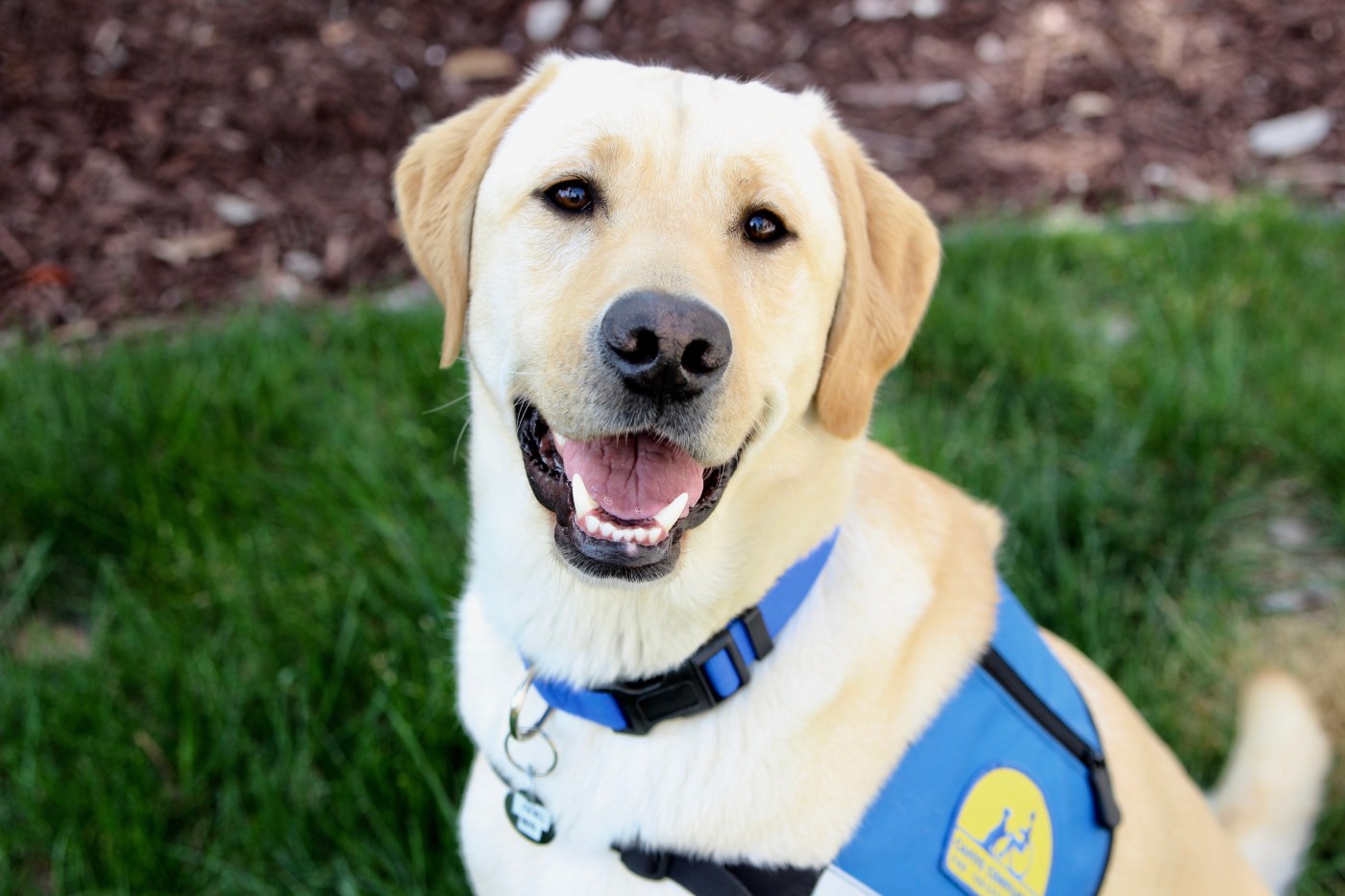 The golden retriever lab mix plays no small role in MESA’s mission, which is to provide support and services to survivors of sexual assault. Since Fievel’s May 2018 arrival at the Boulder- and Broomfield-based center, he has assisted more than 700 clients.

MESA’s partnership with an assistance dog began more than two years ago, when MESA Director Janine D’Anniballe took action on her vision to implement a furry friend to comfort clients in the midst of dealing with their respective traumatic experiences.

“I wanted to bring in a dog so our office could feel more welcoming,” D’Anniballe said. “I thought this could bring an element of lightness and joy during a really difficult time and experience for someone.”

Other Boulder County agencies, including the Boulder County District Attorney’s Office and Blue Sky Bridge, have brought on facility dogs in recent years.

In 2017, MESA reached out to Canine Companions for Independence, a California-based organization that breeds, trains and provides assistance dogs free of charge. Before being matched with Fievel, MESA officials endured a lengthy interview process and two-week training period.

After finally getting the OK, Fievel started his mission at the office.

“He is the most well-trained dog and has the perfect temperament,” D’Anniballe said. “It was smooth sailing right off the bat — he was well-prepared for his working life with us. He fit in seamlessly.”

“Clients who weren’t in the best place would have smiles on their faces and their moods would instantly change with the levity and hope that was in our office with Fievel around,” D’Anniballe said.

Fievel’s immediate impact was not only evident in the reactions of the clients, but the staff, too. According to MESA office manager Galit Erez, after spending a year with their facility dog, the staff has become noticeably calmer and happier.

“Fievel helps us, as a staff, practice self care,” Erez said. “As someone who has a desk job, it allows me to take a break, walk around, and de-stress. It’s almost like a health benefit.”

Off duty, Fievel enjoys life as a typical dog at D’Anniballe’s home by playing with other dogs, chasing squirrels and going on walks.

After a year of success, Fievel will continue to complement MESA’s mission by providing a calm, unbiased and therapeutic presence to all of his clients.

“Even though we are trained professionals, we are still human and we still have judgements and criticisms,” Erez said. “Fievel doesn’t have any of that — he just feels your energy and loves you.”