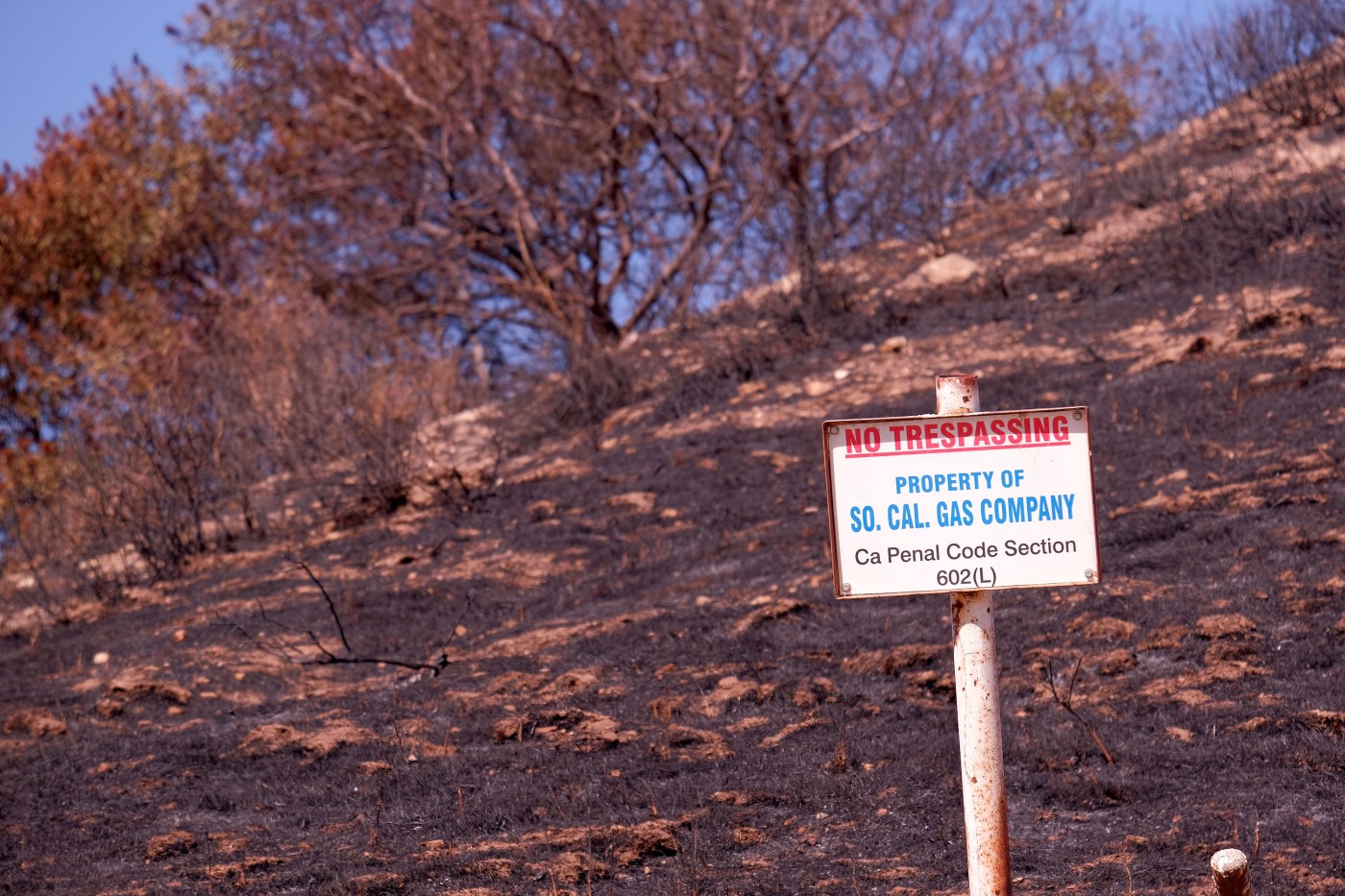 Firefighters working on the front edges of the Saddleridge fire burning between Santa Clarita and Los Angeles were struggling Wednesday, Oct. 16, to dig hand lines around the blaze.

The Los Angeles city and county fire departments said the containment of the fire remained at 46%, the same as the day before. But the acreage burned also remained the same at 8,391 acres.

He said the hottest areas of the fire with the most firefighter activity on Wednesday were all in rugged canyons adjacent to the Newhall Pass, all difficult areas to access on foot.

Numerous firefighters from around the region were also being assigned to patrol areas already burned, looking for flare-ups and stamping out still-smoldering hot spots, Silverman said.

Meanwhile, the number of destroyed structures continued to increase — firefighters said so far 19 buildings have been razed during the fire that started late on Thursday, Oct. 10.

The number of damaged buildings also increased to 88.

Officials on Wednesday confirmed that a small fire that burned for nearly a day at the Aliso Canyon natural gas storage facility north of Porter Ranch was extinguished at around 1 p.m. Tuesday.

In a written statement, they said investigators were trying to determine what chemical was fueling the fire as it burned in a patch of dirt on the property.

L.A. county fire fighters and the South Coast Air Quality Management District were “analyzing samples to determine what chemicals were involved in the flames,” officials said in the statement.

SoCalGas, which owns the facility, said Tuesday that natural gas was not detected around the blaze.