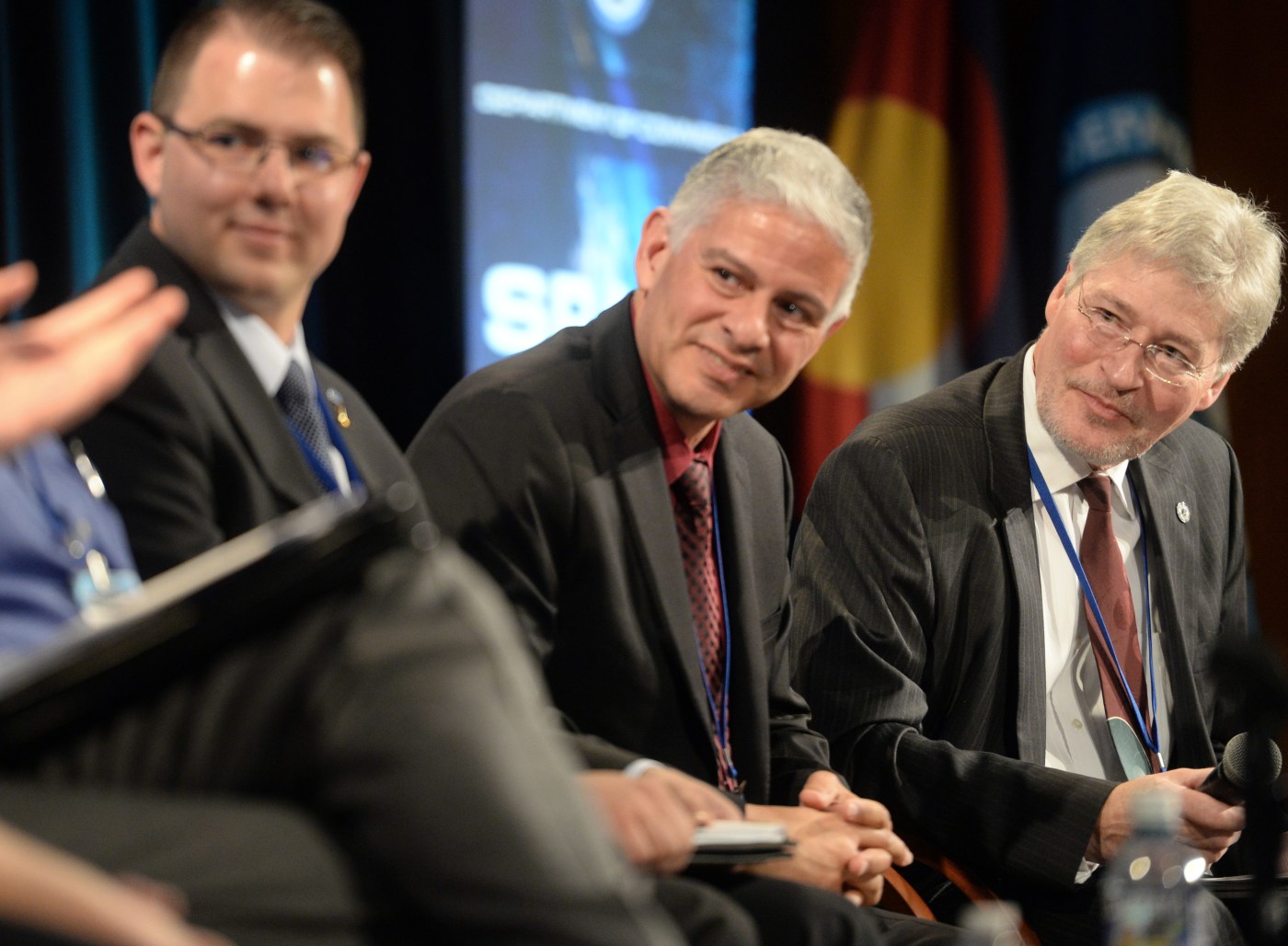 The future of space commerce was examined from a constellation of angles Thursday in a daylong workshop devoted to that topic at the U.S. Department of Commerce campus in Boulder.

The space economy, currently valued at between $350 and $450 billion globally, is estimated to likely soar to $1 trillion to $3 trillion over the next 20 to 40 years. With that seemingly limitless potential will come an array of problems to be solved and challenges to be met, including space debris, the variability of space weather, civil space traffic management and technology transfer, to name just a few.

In his opening remarks Office of Space Commerce Director Kevin O’Connell quipped that Boulder’s National Institute of Standards and Technology — which is under the umbrella of the Commerce department — was a fitting setting for the daylong session, because “We’re a mile closer to space than everybody else.”

The conference was cosponsored by the U.S. Office of Space Commerce and the University of Colorado Boulder.

Appropriate, too, as National Institute of Standards and Technology Director Walter Copan pointed out that Colorado boasts the second-largest aerospace industry in the United States.

Boulder’s imprint on the future of the U.S. space economy also was underscored by O’Connell’s announcement that Edgar Johansson, manager of strategic initiatives at CU Boulder’s Laboratory for Atmospheric and Space Physics, will now be spending much of his time in Washington, D.C., at Commerce, helping shape the nation’s space commerce initiatives.

“Dr. (Dan) Baker at LASP, the director of LASP, offered me up on a rotation, to go support Kevin for the next year, in getting the Space Commerce office more organized,” Johansson said during a morning break.

“We’re going to support them with my efforts. So every other week, I’ll be traveling to Washington, and then in the weeks I’m not in Washington, I’ll be here, supporting the efforts, and trying to be a belly-button point for these efforts, not only in Colorado, but across the nation.”

Turning serious in his opening remarks, O’Connell told the room of about 150 in attendance, “This is an industry that is absolutely vital to our economic security and our future, for at least the next three decades, if not beyond that.”

In wide-ranging remarks, O’Connell touched on the growing problems of civil space traffic management, recently highlighted by the incident earlier this month in which the European Space Agency said it was forced to alter the trajectory of one of its observation satellites to avoid a collision with a craft operated by Elon Musks’s SpaceX. O’Connell said SpaceX had experienced a notification problem on one of its communications channels, which is being addressed by adding another layer of redundancy to its system.

“But it calls to sharp attention to how quickly we have to modernize this whole system for space security and reliability,” O’Connell said.

Management of space traffic is rivaled by the growing challenge of space debris —currently there are 300,000 pieces of junk aloft in space large enough to destroy a satellite. Introducing the first panel of the day. Alexander Salter, assistant professor of economics at Texas Tech University, noted that dealing with that issue raises challenges of both mitigation and removal.

“Those are different problems and they have different solutions,” Salter said. “As it turns out, removal is going to be much more difficult” than mitigation. Under a 1967 United Nations treaty on principles governing the activities of nation states in the exploration and use of outer space, he said,  “We can’t go messing with the Chinese government’s stuff or the Russian government’s stuff, without first getting their permission.”

As with myriad issues pertaining to space commerce, Salter said, both public and private enterprise will need to be brought to bear on the space debris dilemma: “It’s not either or, it’s both,” he said.

Waleed Abdalati, director of the University of Colorado’s Cooperative Institute for Research In Environmental Sciences, touted its partnership with the National Oceanic and Atmospheric Administration as emblematic of the type of pooled resources that will be necessary to fully realize the potential of space commerce.

And he also emphasized that space commerce is not just a matter of exploration of what’s “out there,” but of making humans better stewards of the ground beneath their feet.

While landing men on the moon for the first time 50 years ago is what brought many people of a previous generation to the space industry, Abdalati said, the “luster” to many younger people now is its applications to “space-based observations” of the planet we all still inhabit, and its fragile environment, seeing that as “of value to humanity, to the economic and social well-being … I think the upcoming generations are allured by that value proposition.”

The keynote address was delivered Thursday by Bobby Braun, dean of CU Boulder’s College of Engineering and Applied Sciences. He used a lot of his time touting the prominent role the university has assumed in aerospace research, which has made it the No. 1 public university in NASA research funding, and a resume that includes having visited all eight planets plus Pluto, and boasting 20 astronauts with CU Boulder affiliations.

He also spared no praise for Colorado’s statewide contributions, noting it is home to more than 500 aerospace-related companies.

Braun also offered his recipe for success in space commerce, which he said must involve three components — working cooperatively, government, industry and academia. And he picked up a theme sounded earlier by O’Connell, making the case that space commerce is going to depend on people with a wide range of talents beyond the ones that might seem obvious, mentioning political scientists and even theater majors.

“Yes, theater majors,” he repeated. With space tourism poised to be more common in the years just ahead, he said, “Aren’t they going to want to see Hamlet acted out in space?”