How Much Money Is Lost Globally Due To Document Fraud?


What are the most global problems facing developing countries? Is it corruption? Yes. Lack of quality housing? Also yes. Poor infrastructure? Yes. Every country has its own unique problems, but one of the most common problems that every country shares is document fraud, a crime that causes severe money losses throughout the world. You may think “What is this all about, even if somebody forges a few documents, what damage can that cause?”

In reality, the problem is a lot bigger; it costs money and its costs us our quality of life, because all this money goes to the grey sector of the economy and doesn’t get taxed. If you still don’t believe it, let’s look at the numbers.

The real scale of the problem

Eighty-five percent of CIBC employees forge documents and forge their clients’ signatures, according to one of the former employees of the bank. We’re talking about the practices of one of the largest banks in Canada. Also, according to the annual enforcement report by the Mutual Fund Dealers Association of Canada (MFDA), signature falsification increases every year. It was the primary allegation in 130 cases opened in 2016 – more than double the number of cases in 2015, and almost three times the number it investigated in 2014. At the same time, not many people who commit these crimes serve jail time.

If that happens in a developed country, how should it be in a developing one? It’s getting even worse. In Bangladesh, there are entire passport and document forgery syndicates that supply foreign workers to other organizations. For each forged document, they were taking between $250 and $10,000, and they were making millions of ringgit.

There was recently a financial scandal in China involving the ecommerce conglomerate JD.com and another Chinese company Camsing Global. According to JD.com, Camsing provided them with false accounts and receivable documents in order to obtain the financing. Now their $490 million worth of assets are at risk of default. 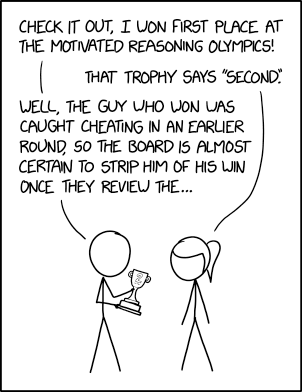 Document fraud is very common in China overall. It’s confirmed in a report by the Immigration and Refugee Board of Canada that Chinese fraudsters falsify all kinds of documents. They falsify IDs, university degrees – you can purchase a University certificate for around $20-40 on Taobao, that’s why the government even asks people not to upload scans of their documents to the Internet.

According to a report by the Association of Certified Fraud Examiners (ACFE), organizations around the world lose 5% of their annual revenue to fraud. The total cost of fraud cases reported in the study was over $7 billion, with 22% of the cases costing more than $1 million. Given that the world’s GDP is projected at around $88.08 trillion in nominal terms, a 5% loss due to fraud translates to potential global fraud losses of up to $4.4 trillion. That’s almost the entire annual budget of France, Germany, and the United Kingdom combined! 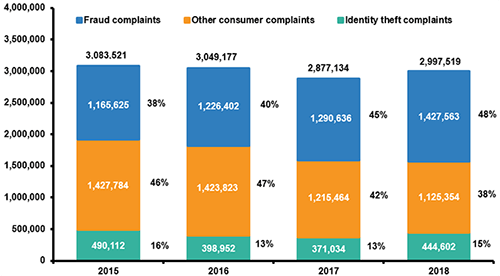 This looks like a global problem, right? So what can be done about it? Crime can’t be stopped completely, of course. It will always be a problem. However, we can make life harder for criminals. And that’s exactly what electronic documents and blockchain-based solutions are made for.

Blockchain technology makes document forgery if not impossible, at least much harder. Upon receiving a document, you can always check its integrity and issuance date to be sure that no one has modified it. There are many blockchain solutions, so we’ve picked three of them.

The first one is OpenSign. It’s a service allowing for the use of mobile devices to sign documents with a private key. Users can then publish the document’s fingerprint to the Bitcoin blockchain. That’s it; a document gets signed, hashed, and then any copy of it can be verified. If it’s not altered, you’ll get the hash equal to that one written to the BTC blockchain.

The second one is BlockSign, which is used for creating invoices and signing documents online. It has its own blockchain, and for each uploaded document it creates a 32-digit hash, which then gets written onto the blockchain. Every time the document is signed by someone using the service, this hash is added to the transaction block.

The third solution, and probably the most robust, is Authpaper Delivery. It has enough features to make it a universal tool for business practices, and it can be used for the private exchange of documents or any other files with a digital signature. Authpaper Delivery is a second-layer solution working on the BitTorrent protocol, and it’s operating fully peer-to-peer. BitTorrent has hundreds of thousands of nodes, and Authpaper Delivery relies on its security. Unlike the root protocol, nodes that host files can’t read them since they are essentially encrypted, and the two pieces of keys are shared only between the sender of a file and the recipient. It supports files of any size, and its files aren’t visible to the others on the network. Files are shared as easily as sending a link, so it’s a great solution for any company that wants to prevent falling victim to fraud.

Document fraud is a serious problem facing every country. Some countries suffer less from it, while others, especially the developing ones, suffer more. Overall, forgery is a profitable venue, allowing fraudsters to rake in millions, so it won’t stop on its own, something must be done about it. During its history, humanity was never able to stop crime completely – every time a new solution for an old problem was invented, criminals were finding a new occupation for themselves. No doubt, this can happen this time too.

However, this global fraud epidemic can be solved if we gradually move our document circulation over to the blockchain. It won’t be a fast process, as all technologies get adopted slowly. But in the future, switching to blockchain-based solutions can help save trillions of dollars, money that could otherwise be spent on education, medicine, and new technologies, instead of mansions for criminals. Right now we can use blockchain-based solutions to get an idea about what that looks like and even incorporate it in our business practices, since these services are fully functional. Who knows, maybe it’s our duty to take the first step.