If Libra Isn’t The New World Currency, What Else Could It Be?


We are, without a doubt, the closest we’ve ever been to a digital global currency. This is an exciting development, but before we make our final departure into the seas of the unknown we need to ensure that the captain we’ve elected to guide our ship has our best interests at heart.

Facebook is a household name, but does that automatically make them qualified to lead us in this digital revolution? They have lofty goals, to say the least, that include replacing all forms of paper money, providing economic opportunities to the under and unbanked, and advancing financial inclusion across the board. Libra looks great on paper, but when you start to look at the nitty gritty details of their plans the philanthropy starts to look more and more like pure capitalism. We are on the brink of a world currency, but I fear that if Libra is the captain at the helm we will be on course for a rude awakening. 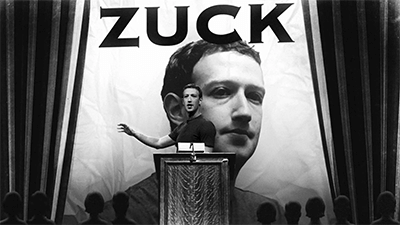 That question is almost an oxymoron, given the actions of this massive company over the last few years. Facebook grew to unprecedented levels of popularity and garnered access to gargantuan amounts of personal data only dreamed of in the past, and then they betrayed us time and time again with it. When it comes to trusting this behemoth of a company… don’t. To understand why requires a brief look into their practices, government responses, and how their Libra coin will actually function.

In simple terms; Facebook will take all of our money, put it into a giant bank account, and collect the massive interest – all without us benefitting from things like decentralization, blockchains, DAOs, immutability, traceability, or anything else that makes authentic cryptocurrencies worthwhile.

Who CAN we trust?

This question comes up a lot in the blockchain world and the answer is always the same: we shouldn’t have to trust anyone – that’s the entire purpose of blockchains. With this in mind, think about a captain and their ship. If the captain becomes compromised, or bought out, will they be acting in the best interest of their crew? Wouldn’t we rather have a way to track our captain, ensure our captain isn’t accepting bribes, and verify that all the decisions made by our captain are in the best interests of the majority? 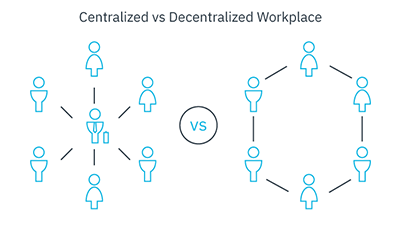 One of the best ways to do this is to let the majority be the captain, which can be achieved through a decentralized autonomous organization (DAO). A captain can still exist In a DAO-run organization, but instead of being in complete control they may simply suggest a few plans and let the majority decide what they feel is best; it’s a win-win.

Taking all of this into consideration, let’s look at some companies that are giving us a serious alternative to the future behemoth Libra. With any luck, these companies can gain a decent market share before Libra gobbles it all up and we are forced to pay for our coffee with Libra coin while institutional investors laugh all the way to the bank.

Coinbase immediately comes to mind as a great alternative, given the fact that they are already operating in 50+ countries. This company started off as a centralized exchange and slowly grew their market, and now that they offer payment services they are a real contender as a global operator. They lack their own currency, however, so their success will pivot on the success of other cryptocurrencies and stable coins.

PlasmaPay is a bit younger than Coinbase, but they’re still making waves in their own right. They operate an exchange and have worked hard to integrate with major banks all over the world in order to ensure seamless payments for their users. This platform operates in 42 fiat currencies (more than PayPal), all cryptocurrencies, but more importantly they have Plasma stable coin based on the basket of all assets in PlasmaDLT blockchain (fiat, commodities, indexes, and stocks) that users can use an intermediary for payments. They are also managed by a DAO, which is pleasant news in a world rampant with centralized power abuse.

Revolut is an international bank and letting the impacts of that trickle down into international payments and global currencies. Being a bank first means that users can expect solid interest rates on their money, and their variety of debit-style cards means that you’ll be able to pay in hundreds of different currencies wherever their card is accepted. They have no central currency and, like Coinbase, are relying on the success of other digital currencies to power their ecosystem.

All three are fantastic alternatives to Libra in their own respect, but PlasmaPay is pulling ahead of the pack in regard to regulations. They’ve put in the footwork to ensure they are within the legal bounds in every country they operate in (including KYC in 150+ countries, two EU crypto licenses, and direct connections with top-100 Asia banks in China, Indonesia, Thailand, and Vietnam). Plasma coin is similar to Libra but all assets are onchain providing full transparency. This early work to ensure compliance with regulations and full decentralization is a breath of fresh air for lawmakers and regulatory bodies, especially with headaches like Libra on the horizon.

We haven’t found perfection yet

For as fresh a breath of air PlasmaPay is, it still has its shortcomings. Plasma, their stablecoin, definitely needs to be battle tested before we can start trusting it as a global currency, and although they have the systems in place for success we won’t truly know until they are overloaded and pushed to their limits. These shortcomings are universal for any company, though, not even Facebook can guarantee the stability of its infrastructure when millions of users across the globe are using their currency for direct payments.

At the end of the day, perhaps we will fail our better selves and resort to any port in the storm. With the sentiment of global economic uncertainty on the rise, users might turn to the first global currency they can get their hands on that is easy to use and accepted at their favorite shops. We would rather survive than drown, after all, even if that means giving control of our lives over to parties that may see us as a way toward quick profits instead of steady investments. I hope we can learn from our mistakes before it’s too late, because at this point Facebook has shown their true selves – will we continue to fall for their weak apologies?