Poker’s ongoing upswing appears to have reignited corporate America’s interest in the game as Jeep and Poker Central forge a new relationship. 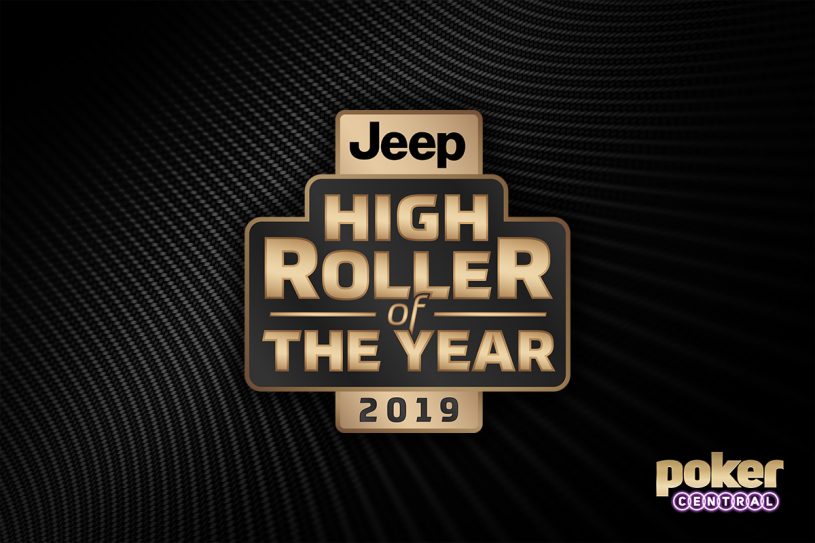 Announced on August 13, the deal will see the automotive lend its branding Poker Central’s tournament award.

Dubbed Jeep High Roller of the Year, the accolade will recognize the top performing Poker Central player over the course of a season.

As per the press release, points will be awarded to those who cash in the poker channel’s high roller events. To increase interest in certain tournaments, point multipliers will be applied to Poker Central’s High Roller Triple Crown events.

The inaugural High Roller of the Year was Sam Soverel. At the time of announcing its new partner, Poker Central confirmed Soverel was also leading this year’s competition.

Like similar awards, such as the WSOP’s Player of the Year title, the dynamics are somewhat self-serving. By awarding points and, in turn, prizes for its own events, Poker Central is aiming to bolster its current products.

Naturally, any time an operator provides added value it’s great for players. However, what’s interesting in this instance is the association with Jeep.

Having a mainstream brand invest in poker is not only a positive for the industry but a sign of the times.

The Resurgence of Big-Brand Sponsorship

In poker’s heyday during the early noughties, big name brands were fighting to partner with the top operators.

Milwaukee’s Best Light and Jacks Links beef jerky have both sponsors at past WSOPs. In a similar vein, Budweiser signed a deal with the World Poker Tour (WPT) in 2005.

Alongside poker operators working with mainstream brands, top-tier pros have also got in on the action. In 2014, Phil Hellmuth famously starred in a TV commercial for Carl’s Jr (see video above).

Not to be outdone, Phil Ivey helped promote Chrysler in 2015 while Daniel Negreanu secured a deal with Pepsi. Finally, at the time poker was peaking in 2005, Antonio Esfandiari and Phil Laak were sponsored by Yahoo.

Jeep Deal Could Drive More Companies to Invest in Poker

Between legal issues and a general apathy towards poker in the wake of Black Friday in 2011, attracting big brands became a challenge.

However, with regulation moving across the US and a general uptick in popularity, big names are starting to reappear.

For Poker Central, having Jeep as a headline partner is fantastic for business. For poker in general, having major name back in the mix could have a snowball effect.

Generating the same level of corporate fervor seen in the early noughties might be tough but interest in poker is clearly growing.

With that being the case, Poker Central’s deal with Jeep could help drive the industry is a positive direction.