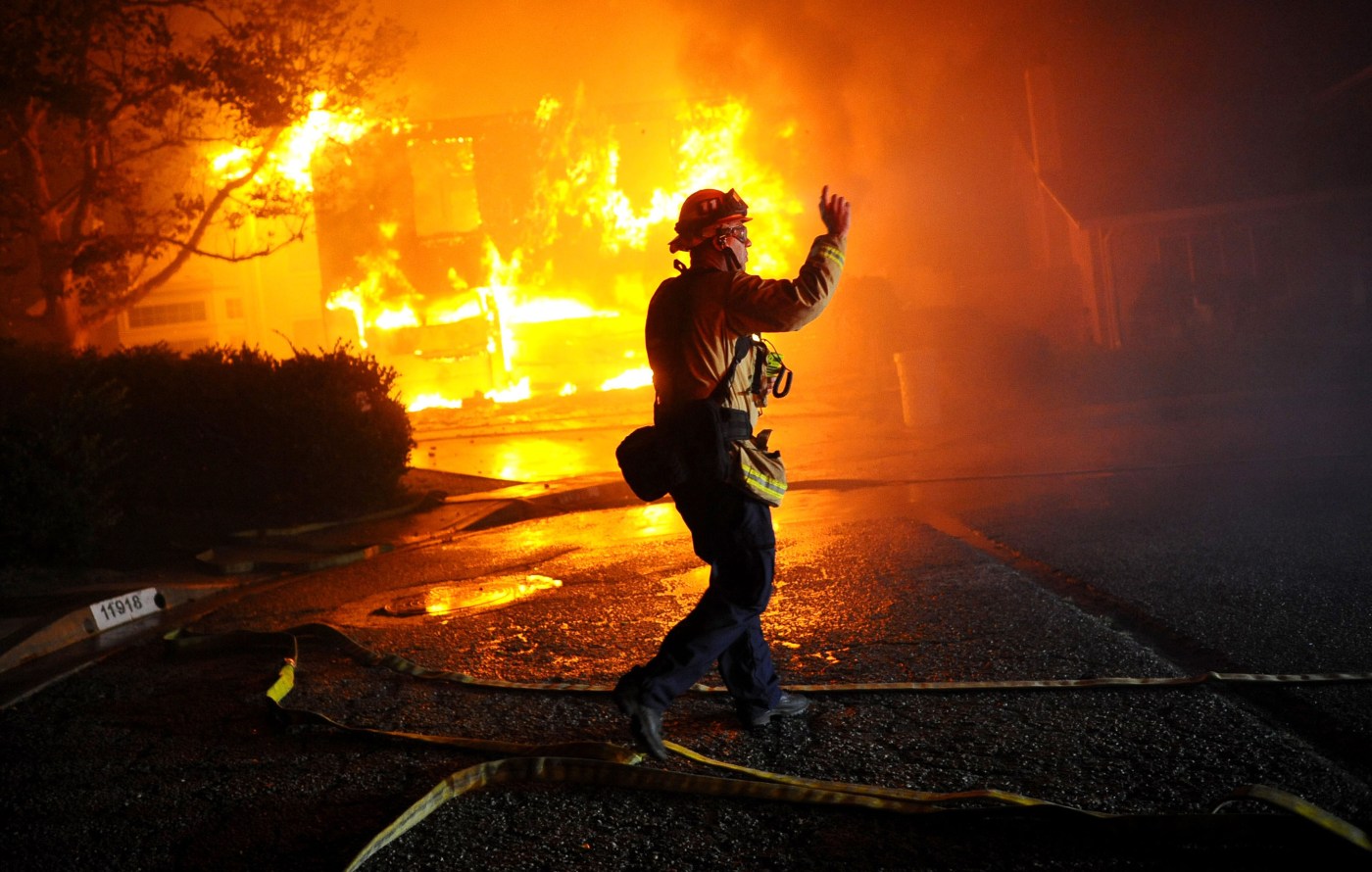 State and city arson investigators are looking into a Sylmar resident’s report that the Saddleridge fire was triggered by an electrical tower.

Roberto Delgado said he saw flames ignite Thursday night at the foot of a transmission tower outside his home.

“It started in back of our house,” said Delgado, who has met with investigators from Los Angeles Fire Department and the state.

LAFD spokesman Nicholas Prange said Sunday the department has no official origin of the fire and is still investigating.

Daniel Drumlake, who lives near the tower, just got back to his home on Saturday. The previous night he guided a lost team of Kern County firefighters through the area.

Drumlake and another neighbor, Maria Grasso, chatted on the sidewalk early Sunday morning. Both said residents on that stretch of Saddleridge Road reported seeing a “30 foot ring of fire” around the power pylon on a slight rise just north of the neighborhood.

As the neighbors spoke, several LAPD vehicles could be seen a few hundred feet from the pylon, with detectives surveying the area.

On the night of the fire, Grasso came out of her home after smelling smoke and calling 911 at 9:02 p.m. She recorded a video of firefighters beginning to spray homes with water when the blaze suddenly exploded.

“It went, zoom!” she said, her hand tracing the path of the fire as it raced up the hill.

Drumlake said that’s when he started to see embers flying over his home and landing behind his property, sparking more fires and surrounding the neighborhood in flames. He fled shortly after that.

Grasso said she went to her back yard and started hosing down her property. She eventually fled, too.

“I’m not thinking about my life,” at that point, Grasso said. “Just trying to protect my family.”

This is a developing story. Please check back for details.