Whether it’s a bear market or a bull run, the XRP community has always remained optimistic about the future of Ripple’s XRP token. Ripple’s strides in the world of cross-border remittances formed the bedrock of their “XRP to the moon” belief as most of its products use their “decentralized” token XRP.

The community, being a tightknit one, usually works together to solve any issue that associated with the token, be it a positive or a negative one. Due to their firm stance against XRP thrashers on Twitter and their relentless attacks on FUDs and fake news, the collective cryptocurrency ecosystem had branded them the XRP Army, which the community accepted with pride.

However, every army needs a commander to lead and guide them to prevent any internal conflicts that could potentially threaten their very existence and efficiency. Two of XRP Army’s biggest names, Tiffany Hayden and Dr. T, are arguably the most influential personalities in the community and hence, act as the commanders of the XRP Army. The XRP community places their trust in the two Twitterati and more often than not, back their statements, be it news or even clarifications regarding the XRP-Ripple ecosystem. 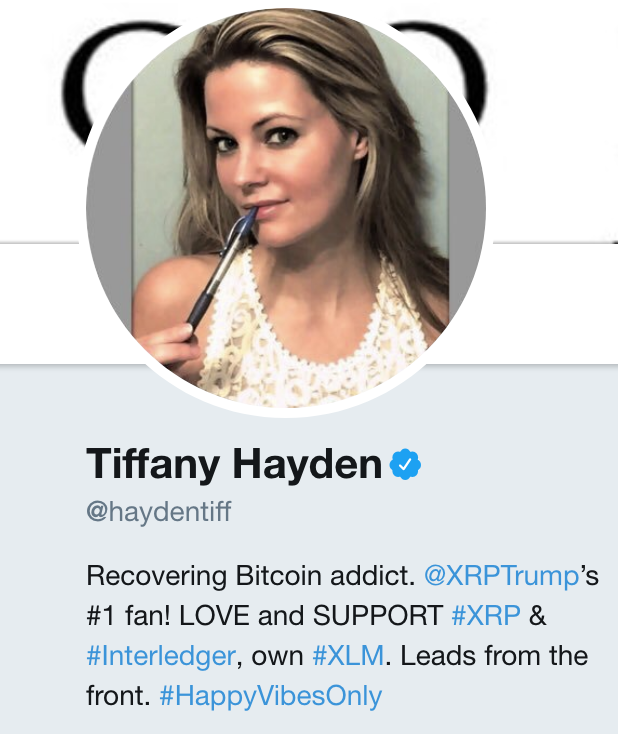 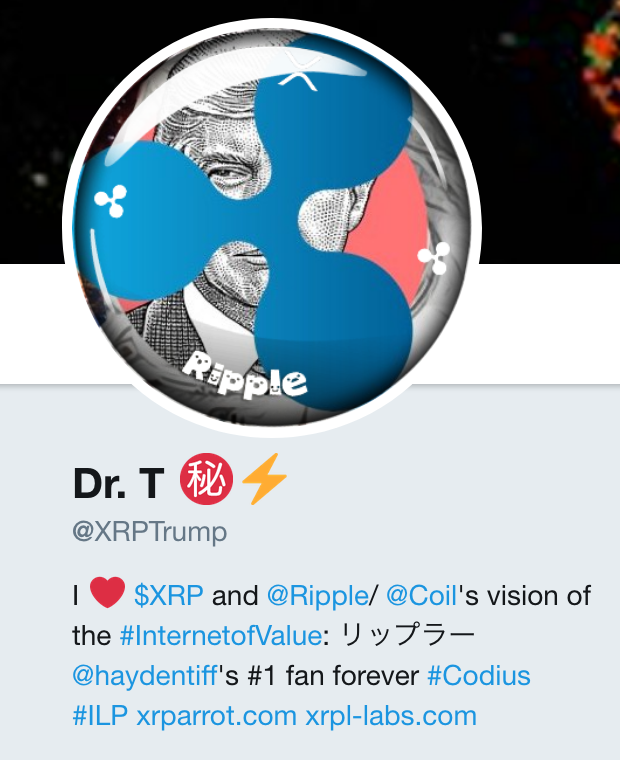 However, just like all dominant rulers, their trust in each other and the community seems to be weathering out as Dr. T has now been off Twitter for over a month. Handicapped by the absence of Dr. T, Tiffany Hayden has been trying to do her best to keep their status quo intact and continue her work for the XRP community. Nevertheless, her motivation seems to be dwindling, if her most recent tweet is to be taken for face value.

In a tweet on April 27, Tiffany Hayden stated that she was ready to call it quits if Dr. T was not coming back soon. Her tweet took the XRP Army by surprise as many asked the ‘father figures’ to not quit their work. @haydentiff’s tweet read,

@XRPTrump, I’m about ready to call it a wrap if you’re not coming back. I told you I wouldn’t be able to last much longer without you. I’m spent. I’ll wait for a real goodbye though. pic.twitter.com/PNjprAN4kB

Though Hayden appeared to be talking about Dr. T’s inactivity in the XRP ecosystem, many enthusiasts seemingly mistook it for a tussle between the two prominent Twitterati. A user, @RidingJapan, commented,

“That’s heart breaking. Should have at least not left you.”

Dr. T and Tiffany Hayden, who are each other’s “No. 1 supporter”, have been working together for quite a long time now. As their mutual adoration and support weaves a great love story, the assumptions made by the likes of @RidingJapan were not unfounded. However, Hayden was quick in clarifying their position. She replied,

“He is taking a looooong overdue and much needed break. I’m not trying to convince him to come back. I definitely don’t want us staying here for each other just so we can endure bad things longer.”

Considering Dr. T’s absence and Tiffany Hayden’s recent tweet, it seems like this tale of respect and reverence is coming to a close. With Dr. T not even replying to Hayden’s tweets, is it possible that the XRP Army will lose their two most-dominant commanders, we’ll have to hodl on and watch.