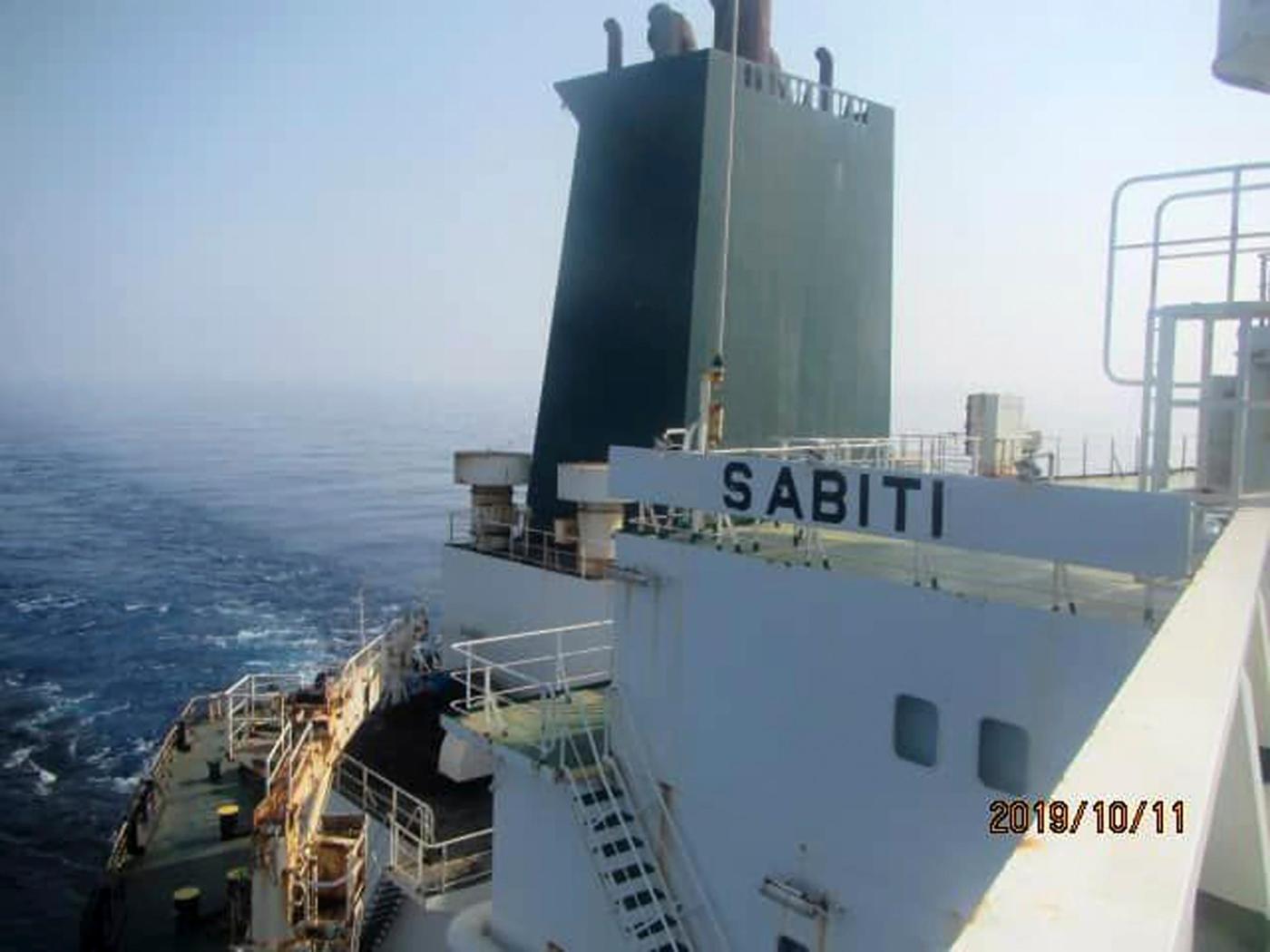 By NASSER KARIMI and JON GAMBRELL

TEHRAN, Iran — Two missiles struck an Iranian tanker traveling through the Red Sea off the coast of Saudi Arabia on Friday, Iranian officials said, the latest incident in the region amid months of heightened tensions between Tehran and the U.S.

There was no word from Saudi Arabia on the reported attack and Saudi officials did not immediately respond to requests for comment. Oil prices spiked by 2% on the news.

“This latest incident, if confirmed to be an act of aggression, is highly likely to be part of the wider narrative of deteriorating relations between Saudi and the U.S. and Iran,” private maritime security firm Dryad Maritime warned.

“It is likely that the region … will face another period of increasing maritime threats, as the Iranian and Saudi geopolitical stand-off continues,” it added.

Iranian state television said the explosion damaged two storerooms aboard the oil tanker and caused an oil leak into the Red Sea near the Saudi port city of Jiddah. The leak was later stopped, IRNA reported.

The state-run IRNA news agency, quoting Iran’s National Iranian Tanker Co., identified the stricken vessel as the Sabiti. It turned on its tracking devices late Friday morning in the Red Sea, putting its location some 130 kilometers (80 miles) southwest of Jiddah, according to data from MarineTraffic.com. The ship is carrying some 1 million barrels of crude oil, according to an analysis from data firm Refinitiv.

Images released by Iran’s Petroleum Ministry appeared to show no visible damage to the Sabiti visible from its bridge, though they did not show the ship’s sides. Satellite images of the area showed no visible smoke.

The ministry’s SHANA news agency said no ship nor any authority in the area responded to its distress messages.

The Sabiti last turned on its tracking devices in August near the Iranian port city of Bandar Abbas. Iranian tankers routinely turn off their trackers as U.S. sanctions target the sale of Iran’s crude oil.

“The oil tanker … sustained damages to the body when it was hit by missiles 60 miles (96 kilometers) from the Saudi port city of Jiddah,” IRNA said.

The agency did not say whom Iranian officials suspect of launching the missiles.

Foreign Ministry spokesman Abbas Mousavi described the incident as an “attack” carried out by those committing “dangerous adventurism.” In a statement, Mousavi said the Sabiti was struck twice in the span of a half hour and an investigation was underway.

Lt. Pete Pagano, a spokesman for the U.S. Navy’s 5th Fleet overseeing the Mideast, said authorities there were “aware of reports of this incident,” but declined to comment further.

Benchmark Brent crude oil rose over 2% in trading Friday to reach some $60.40 a barrel.

The reported attack comes after the U.S. has alleged that in past months Iran attacked oil tankers near the Strait of Hormuz, at the mouth of the Persian Gulf, something denied by Tehran.

Friday’s incident could push tensions between Iran and the U.S. even higher, more than a year after President Donald Trump unilaterally withdrew America from the nuclear deal and imposed sanctions now crushing Iran’s economy.

The mysterious attacks on oil tankers near the Strait of Hormuz, Iran shooting down a U.S. military surveillance drone and other incidents across the wider Middle East followed Trump’s decision.

The latest assault saw Saudi Arabia’s vital oil industry come under a drone-and-cruise-missile attack , halving the kingdom’s output. The U.S. has blamed Iran for the attack, something denied by Tehran. Yemen’s Houthi rebels, whom the kingdom is fighting in a yearslong war, claimed that assault, though analysts say the missiles used in the attack wouldn’t have the range to reach the sites from Yemen.

Mousavi also said that Iranian tankers have been targeted by “damaging activities” over recent months in the Red Sea. He did not elaborate.

In May, an Iranian oil tanker carrying more than 1 million barrels of fuel oil suffered a reported malfunction in the same area as the Sabiti came under attack. The kingdom helped the Happiness 1 reach anchorage off Jiddah, where it was repaired and later left.

In its analysis Friday, Dryad Maritime said the incident involving the Happiness 1 bore “the hallmarks of a potential explosive incident.”

Iran said in August another oil tanker, the Helm, faced a technical failure while passing through the Red Sea, without elaborating.