Is Bitcoin the best investment in 2019 or does the risk outweigh the cons and strip the coin of its title?


It’s not uncommon to judge an asset by the results they project, and the financial industry runs mostly on the same criteria. Steady growth, profitability and over-time losses are essential in order to carry forward an accurate analysis of a stock or commodity index.

Since the introduction of crypto-assets, most traditional stocks and assets have been compared to these digital currencies in terms of their price valuation and it is fair to say, crypto-assets have had the upper hand in 2019.

Among all the crypto-assets, Bitcoin, the most dominant one has particularly outperformed most popular stock indices. The situation begged the question of whether cryptocurrencies are a better investment than stocks and traditional assets in the present scenario.

Dow Jones however, hit a major dip after May, witnessing a fall of over 7 percent in the market.

Tesla fared better than the aforementioned indices, growing by 2.30 percent after suffering a major devaluation in between.

Now, the general market consensus is that if an investment yields more than 2 percent annually, it is considered outstanding. Keeping those statistics in mind, Bitcoin should get all the superlatives available in the English language. 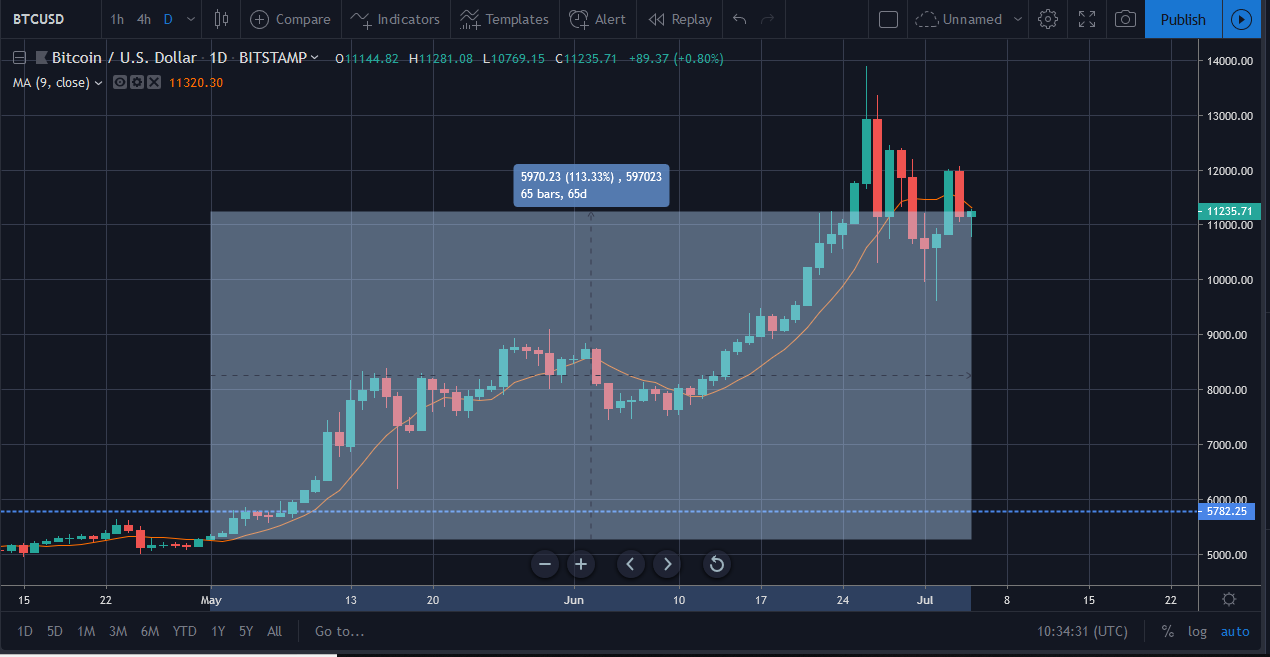 From the aforementioned chart, it can be observed that Bitcoin blows every other asset out of the water, recording a growth of 113.33 percent since May. The comparison is almost irrelevant as the virtual asset’s growth is nearly 100 percent more than any other asset.

All the above data should shape the opinion of a neutral investor. Presently, nothing beats Bitcoin in terms of quick growth. However, it should be noted that Bitcoin was outperformed by the S&P 500 over the month of June. 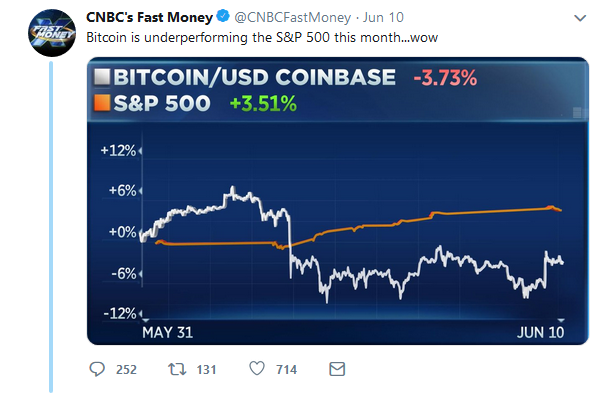 In the larger context however, Bitcoin has outclassed S&P 500 in 2019. Alas, the virtual asset only started to surge in April. So, if the topic of consistency is raised, Bitcoin draws major criticism to its plate.

In terms of rapid price hike, there isn’t any competition for Bitcoin and some people pose fair arguments to claim that it is the best investment currently in the market. However, an asset that is largely inconsistent and drops and pumps without any indication is still a major risk when global investors are looking forward for assured high yield in the industry.