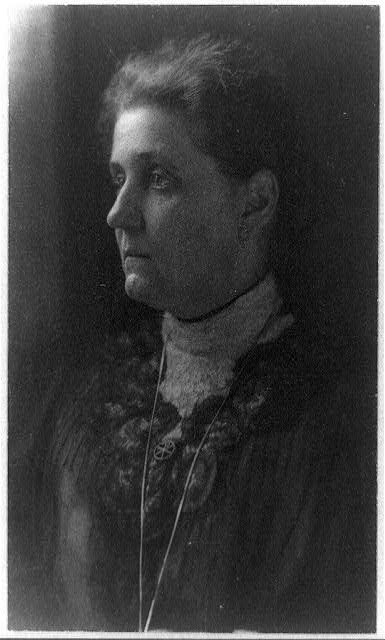 The Texas-Colorado Chautauqua was founded as an enriching educational retreat for Texas schoolteachers, and it included a full slate of academic classes. But from the beginning, events geared toward the Boulder community at large were offered in the season’s programming as well.

The Lyceum, a department of the summer school, held a series of lectures created for the intellectual enrichment of the general public. As this was well before household radios and television, public speakers, also called orators, were a way to become informed on the latest developments of the day.

In 1908, the Lyceum featured the noted social reformer Jane Addams, of Chicago, for a series of five lectures. Her lectures were priced above the other speakers and she was billed as “the foremost living woman in America today known to us as having accomplished most for womankind, and, for that matter, for humankind,” a quote borrowed from a 1908 Ladies Home Journal.

Addams had gained a reputation for the establishment of Hull House in Chicago in 1889, a settlement house that served as a social and civic center for poor immigrant families. At a time when sentiments were unfavorable toward immigrants, Addams opened her heart and home and created a place for these newcomers to thrive.

In the Progressive Era (1890s-1920s), audiences were drawn toward programs about social reform, human welfare and social justice. Addams lectured several times at the original Chautauqua in New York (now known as Chautauqua Institution) in the early 1900s.

Held in the Auditorium in Boulder in consecutive afternoons, Addams’ talks were on the subjects of settlement houses in America and England, philanthropy, the social value of immigrants, child labor and the Russian revolution.

The Daily Camera reported on her lectures, noting Addams’ importance and charming personality. Addams described her work at Hull House, situated in a neighborhood of immigrants that included Greeks, Italians, Bohemians and Russian and Polish Jews who were living in crowded conditions in the city.

Addams discouraged criticism and harsh treatment of immigrants and instead encouraged sympathy for their struggles. Addams suggested that if any one of us suddenly found ourselves in a foreign land, we would face similar challenges.

Based on experience, she was against separating children from parents in order to “Americanize” them — that divided families, she said. It was best to keep families together, so she focused on teaching parents the skills they needed to succeed.

A large crowd was present for her lecture entitled “The Social Waste of Child Labor.” She cited the breakdown of health when children were forced into work and advocated legislation for compulsory public education for children.

Addams was a friend of fellow Chicagoan Jean Sherwood, Chautauqua’s first art instructor and founder of the Holiday House Association. Holiday House was established in 1908 for the purpose of bringing tired working women from Chicago to Boulder to experience the beauty and fresh air of the mountains, as well the enriching programs of the Chautauqua. Addams served on the Holiday House board of trustees.

Blue Bird Cottage was built in 1911 for the guests who became known as Blue Birds. When Addams returned to Boulder in 1916 to visit her friend Sherwood at Blue Bird Cottage, she was so enthused with the program that she went back to Chicago to raise money so more women could have the Blue Bird experience.

Addams continued to be a leader in philanthropy and social reform throughout her life. She founded the Women’s International League for Peace and Freedom in 1915 and became the first American woman to win the Nobel Peace Prize in 1931.