Kenneth Strauss, the World Series of Poker flasher who was later charged with making terrorist threats against a Las Vegas casino, was found incompetent to stand trial on Friday, according to reporting by the Las Vegas Review-Journal. 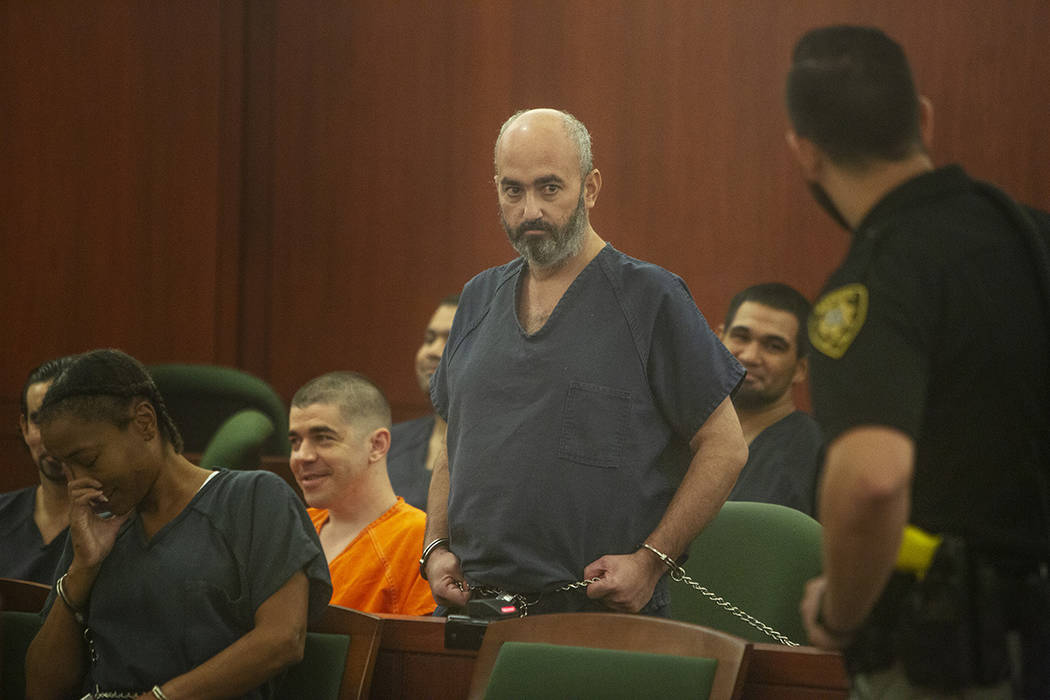 Kenneth Strauss, seen here in a September court hearing, was found to be incompetent to stand trial by a judge on Friday. (Image: Michael Blackshire/Las Vegas Review-Journal)

That determination was made at a Friday court hearing in which Chief District Judge Linda Bell reviewed the findings of two psychologists.

The 45-year-old Strauss refused to attend the hearing. Judge Bell ultimately ordered that Strauss be sent to one of two psychiatric hospitals. The length of his stay has yet to be determined.

According to a report by Flushdraw.net, Judge Bell signed a commitment order on Monday that sent Strauss to the Lake’s Crossing Center in Sparks, Nevada, a maximum security psychiatric facility.

The strange story of Strauss’ arrest began in July during Day 1C of the 2019 WSOP Main Event. During that day’s play, Strauss – unidentified in initial reports of the incident – moved all-in during a hand and proceeded to drop his pants after standing up, exposing himself to the table and everyone else in the Pavilion room. He then threw his shoe at the table.

Despite winning the hand, Strauss was disqualified for the event for his behavior. At the time, it appeared that these were the actions of a man who was likely inebriated and potentially suffering from mental illness, but it was mostly reported as nothing more than an odd note in tournament reports from that day.

According to his arrest report, Las Vegas Metropolitan Police responded to the Red Rock Casino Resort early in the morning of July 27 after reports that Strauss had initiated an unusual encounter with an 8-year-old boy at the resort’s pool area. He was accused of allegedly trying to lure the boy to his room, though Strauss would say that he thought he recognized the boy from when he had lived in Pittsburgh.

That afternoon, Strauss tried to check in at the Trump International Hotel, and was allowed to do so despite telling staff about being kicked out of the Red Rock. About 20 minutes later, police say a call came in from the Venetian about a suicidal person who had threatened to harm himself and anyone else who came near him.

That man turned out to be Strauss. About an hour later, police found Strauss at the Trump hotel and arrested him based not only on what he had said at the Venetian, but also threatening messages posted to his Twitter account and his behavior when he was interviewed by police.

Shootings are taking place all over Las Vegas. Please leave me alone @VenetianVegas I have no place to go currently. And all Casinos that have me banned will be destroyed effective immediately. And @Rio, get my belongings together immediately when @POTUS declares safe I’m going.

According to the arrest report, Strauss had spent time in a psychiatric hospital after being kicked out of the WSOP, but was released about a week later on July 15. After being arrested on July 27, he was ordered to be held on $150,000 bond after being indicted on one count of making threats or conveying false information concerning acts of terrorism.