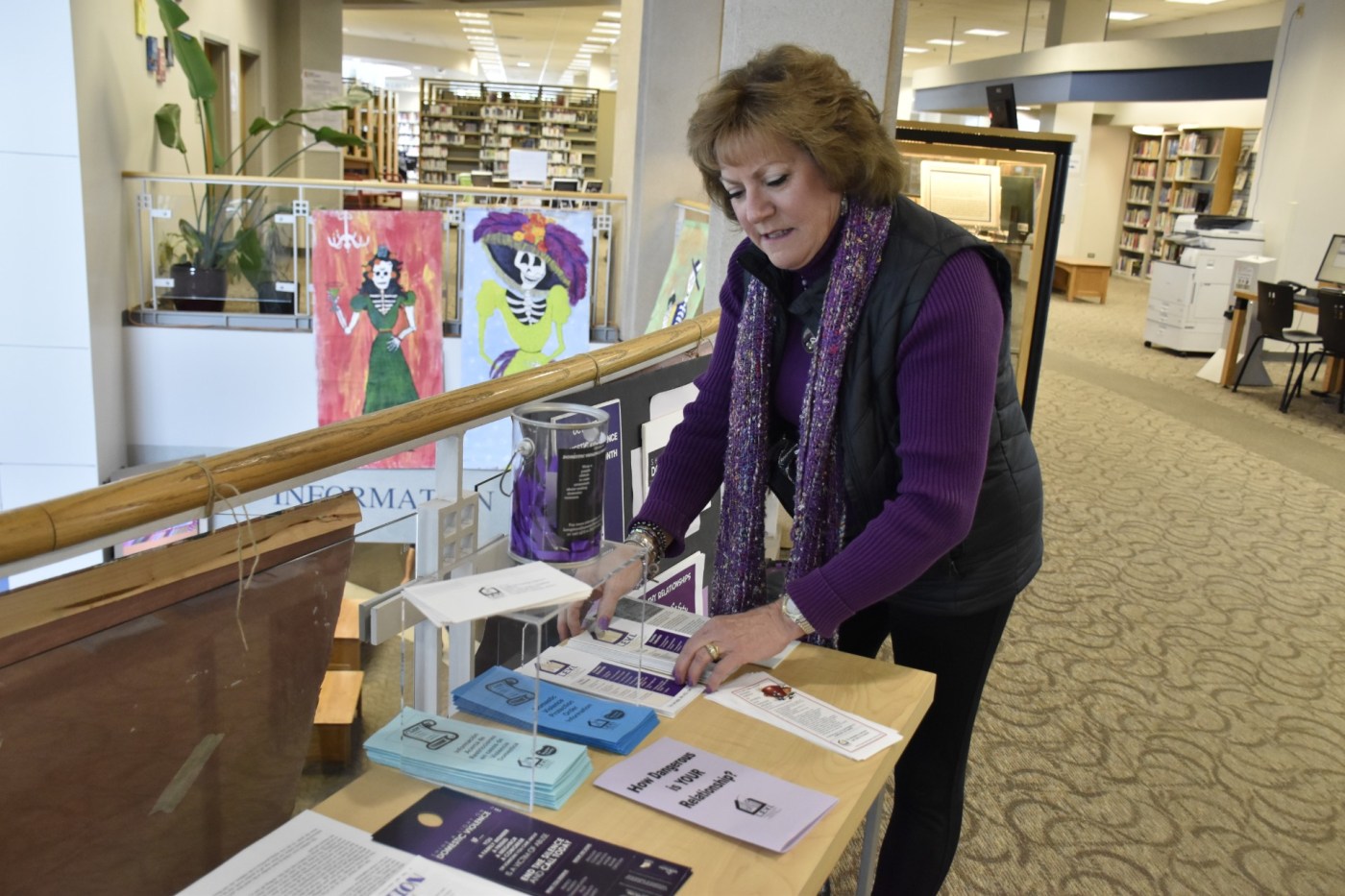 Throughout the month of October, the glow of purple lights will illuminate Longmont’s police department in an effort to bring awareness to domestic violence.

The effort is one of many that has taken place throughout the month, including a proclamation that was read Tuesday night by Mayor Brian Bagley during a City Council meeting. The proclamation recognized October as domestic violence awareness month and paid homage to survivors and local agencies who help them.

The reading also highlighted that domestic violence is Longmont’s number one crime.

Kim Heard, project co-coordinator for the Longmont Ending Domestic Violence Initiative, said that in 2018 there were 955 total police reports with 586 domestic violence related arrests in Longmont. A LEVI survey released earlier this year, showed this was a 23.5% spike from the number of cases reported in 2017.  As of Oct. 7, Heard said, there had been 679 domestic violence calls to the police department and 356 domestic violence arrests.

“(Domestic violence) is behind closed doors and largely secretive,”  Campanella said. “It is through the friends and family and independent witnesses that we know this is happening and have best options to help victims.”

In Longmont, Campanella emphasized a need not just for domestic violence awareness but also for more affordable housing, job opportunities and transportation resources. This, she said, could help to provide the security a victim needs to leave an abusive relationship.

Throughout the month, Heard said several initiatives are planned to shine a light on domestic violence awareness month, including distributing coffee sleeves to local cafes with information for LEVI and the Safe Shelter of St. Vrain. Additionally, a display is set up at the Longmont Public Library featuring  information on local domestic violence resources.

October’s events aren’t the only ones LEVI is working on to put an end to domestic violence and aid survivors. Tuesday night, City Council also approved two federal grants which Heard said will help with future initiatives. One of the grants will help to fund educational materials to provide information on the Medical Mandated Reporting of Domestic Violence Incidents law. The materials will be distributed at local hospitals and doctor’s offices. The other approved grant is a Federal Justice Assistance Grant that will be shared with Boulder Police Department.

This month, Heard said she is challenging the community to think about one thing they could do to end domestic violence. She encouraged people to be an “engaged bystander,” and while she emphasized that no one should put themselves in harm’s way, she said anyone who witnesses violence should call police. Other ways they can help a domestic violence victim would be to share local resource information, she said.

As the city and domestic violence agencies spread awareness this month, Heard hopes it will bring the crime to light.

“We like to keep it in the forefront,” Heard said. “The way we have put it in the past is it is not a private issue and it’s not a police issue — it affects families, neighborhoods, churches and a lot of people.”