Litecoin Halving is just 28 days away; what to expect from the silver coin?


From the early lows of trading at $30 in the initial days of 2019 to trading at $118.4 seven months later, Litecoin broke major resistance levels and rose by over 288% this year. With just 28 days to go for the Litecoin block reward halving event, speculations and price predictions post-event have already begun.

What to expect this Litecoin Halving?

However, an immediate price reduction or spike right after the event was not something the charts exhibited during the past halvings of Bitcoin and Litecoin.

In the past halvings of the king coin, no abrupt changes in its valuation were witnessed. Prices did go up, but only at a steady pace. As noted by the well-known community member, PlanB, Bitcoin took time to climb high after the halvings and the subsequent bear cycles were longer than the ones prior.

Galaxy Digital CEO, Mike Novogratz’s recent speculation that Bitcoin was in a consolidation phase in the corridor between $10,000 and $14,000 could indeed be true. Litecoin, being a fork of the Bitcoin core client, had mimicked the latter’s price movements since its inception. Similar to the digital gold, its silver counterpart, underwent a significant surge after the event, but not immediately.

Also, if the following chart by Coin Metrics is to be taken into account, the price movement during the halving witnessed a gradual rise. It can be safely predicted taking into account previous Bitcoin’s halving as well as Litecoin’s chart that LTC would most probably break a substantially higher level after 2021. 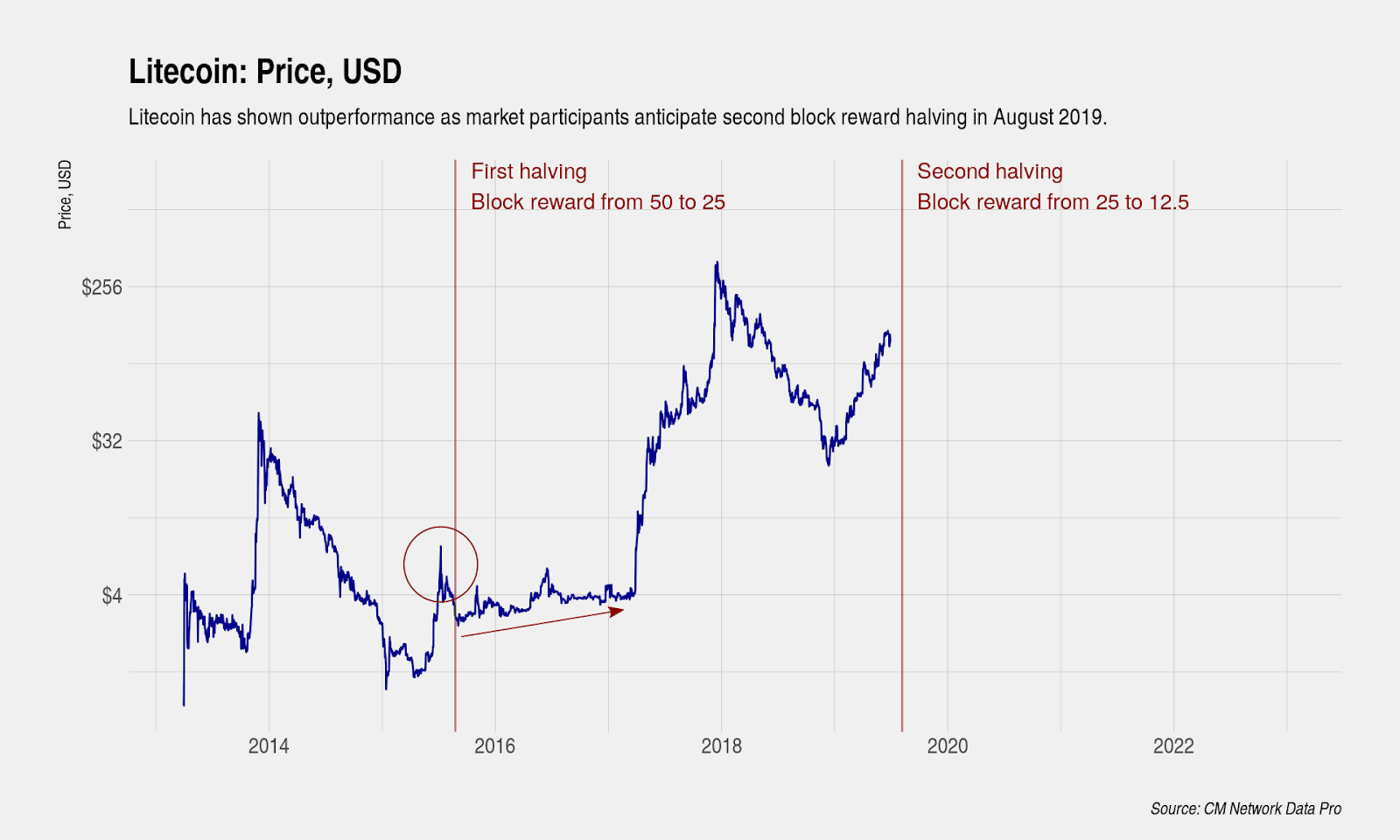 Historically, there has been no conclusive picture regarding massive price surge directly led by the halving. Also, camps that suggest that the psychological impact of the event on trading patterns and the sentiment surrounding the silver coin may urge people to sell their Litecoins can be disregarded. As historically, halvings are meant to increase the value of a coin, FUD regarding “selling pressure” can be ignored.