Longmont has been asked to declare climate emergency 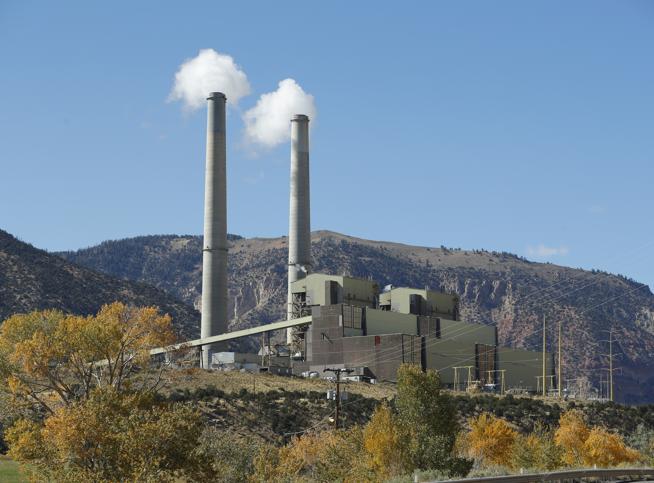 The Longmont chapter of the Sunrise Movement will host a Tuesday night climate crisis rally to support its proposal that the Longmont City Council adopt a resolution declaring “a state of climate emergency.”

Lynette McClain, one of the rally hosts, stated in a news release that following the rally, Longmont Sunrise Movement’s representatives will attend the council meeting to request the council’s support of the resolution.

The rally is scheduled for 6 p.m. outside the Longmont Civic Center, 350 Kimbark St.. The council meeting, which starts at 7, will be in the council chambers inside the Civic Center.

The climate emergency resolution is not an item on the council’s Tuesday night agenda, but McClain said it already has been presented to the council and Lisa Knoblaugh, the city’s sustainability program manager.

McClain said city officials have told her they tentatively have scheduled an Aug. 9 work session discussion of the proposed resolution.

As proposed by Longmont’s Sunrise Movement chapter, the climate emergency resolution would note Longmont has already taken steps to lower greenhouse gas emissions, such as by a policy council adopted in January 2018 when it approved a resolution setting a goal of moving to a 100% renewable-energy supply by the year 2030.

However, the new resolution would say “it is acknowledged that such steps are not sufficient, in and of themselves, to adequately address the magnitude of the climate emergency.”

It would have the council direct Longmont city staff and the Platte River Power Authority — the city’s wholesale electric energy provider — to shorten the time period to 2025, rather than 2030, of providing 100% of the city’s electric energy supply from non-carbon sources such as wind and solar.

The resolution would also have the council direct the convening of a climate working group of “city staff and concerned citizens to discuss further steps the city should take to promote a carbon-free, sustainable city.” That working group would have to submit a report outlining those steps within 120 days of the council’s adoption of the proposed resolution.

And the steps would have to “outline and address a rapid transition of both Longmont’s transportation system and its local building, heating and hot water system to electrical power generation using renewable energy by 2025,” the resolution states.

Partners in the Tuesday night Longmont rally include Sustainable Resilient Longmont, the Colorado Sierra Club, the Boulder Sunrise Movement and Extinction Rebellion — an organization, that according to its website, is “an international movement that uses nonviolent civil disobedience in an attempt to halt mass extinction and minimize the risk of social collapse.”

The Longmont rally comes on the same night the Boulder City Council has scheduled a special 6 p.m. meeting to consider adoption of a similar resolution endorsing the declaration of a climate emergency and reaffirming Boulder’s commitment to climate action.

Earlier Tuesday, at Boulder County’s Board of County Commissioners’ 10:30 a.m. business meeting, the commissioners also are to consider a climate change resolution, one that proclaims “that a climate emergency threatens our county, region, state, nation and the natural world”

McClain said the Longmont resolution is tailored after one that has been adopted by more than 500 U.S. communities.