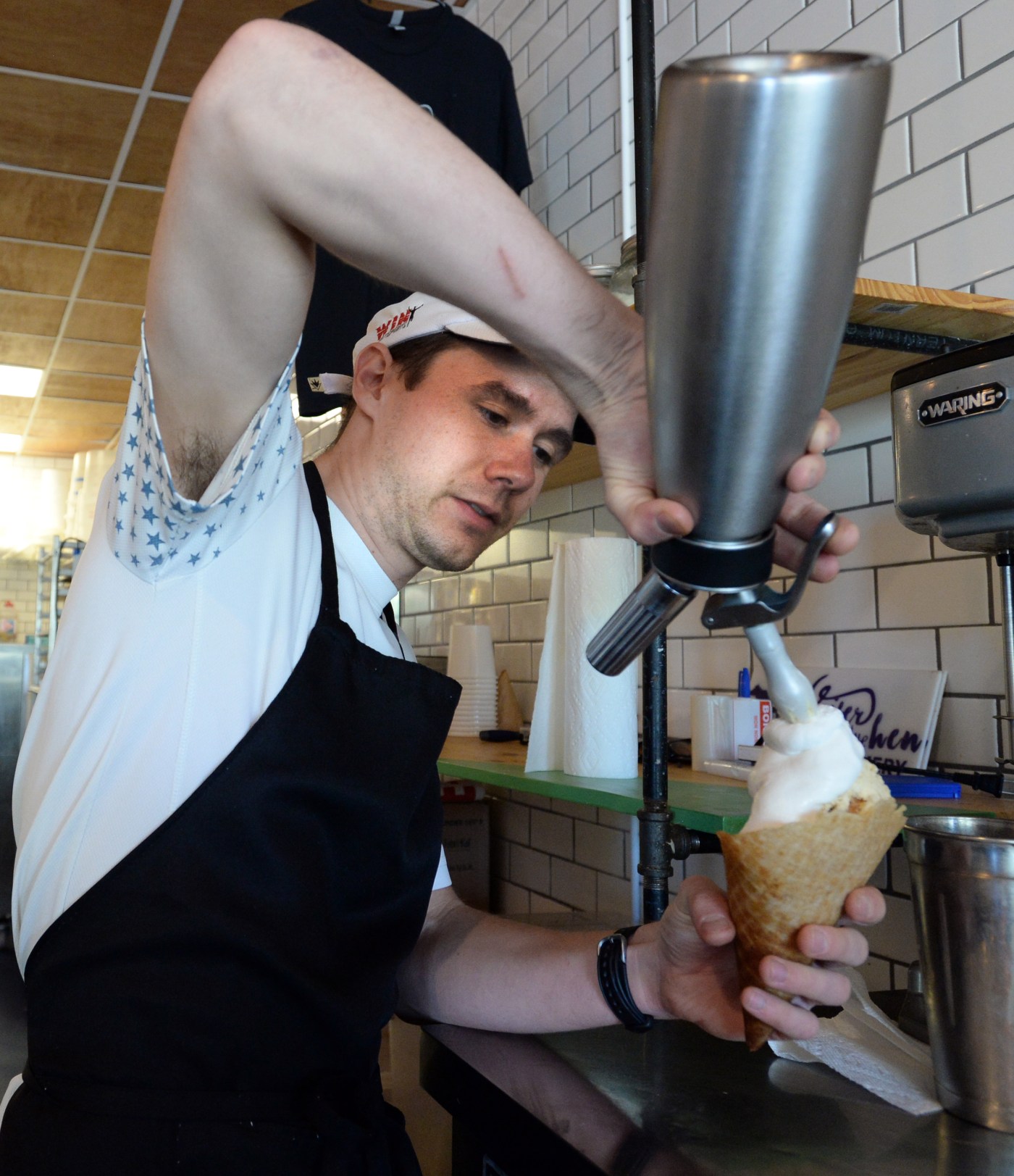 Heifer and the Hen, an ice cream shop on Arapahoe Avenue, has a new owner who moved from Minnesota to run the business.

“I have been passionate about ice cream since my childhood. I became more interested in the science of making ice cream in the last five years,” said Micah Nelson, a former investment banker in Boston and Rochester, Minn. He had been looking for an ice cream store in Minnesota, Wisconsin and Colorado.

Why Colorado? The outdoors beckoned, said the Midwest native.

“We have been vacationing in Steamboat Springs for more than 17 years,” Nelson said.

Once he found out through online channels that Ian Clark, owner of Heifer and the Hen, was going to close down the business, he visited Boulder in July to meet with him. The deal didn’t happen, but messages back and forth about a potential sale continued, he said. The store is at 5290 Arapahoe Ave., Unit H, next door to BRU handbuilt ales & eats, also owned by Clark.

Clark let go his ice cream store employees, sold the inventory, and was almost ready to start clearing out the space when the two signed a deal for the equipment, recipes, and the brand, Nelson said.

“We signed the documents electronically on Sunday.” he said. A day later he made the payment to Clark and was on his way to Boulder again.

Nelson is excited to have found his first ice cream store.

“I previously owned a small import and export business,” he said.

Clark, who owned the ice cream store for 3½ years sold the business primarily to have time for family commitments. “Too many things are going on in my life,” he said.

Nelson began churning ice cream with help of two former store employees who he hired back. He restocked the shop using his and Clark’s recipes. Nelson makes ice cream from scratch using cream, milk, eggs, and flavors as needed.

“Our process gives us control over flavor and texture. We use high quality ingredients” he said.

He recently opened for business after announcing it through social media channels. Business is brisk, he said.

He plans to expand retail sales, but is actively looking at wholesale business and event catering, including supplying for birthday parties.

“I may bring a hot chocolate bar to attract customers during winter,” Nelson said of his plans to get the ice cream shop through the colder months.

The store also will develop more kid-friendly flavors, he said.

Nelson is in the process of building partnerships with local suppliers as well.