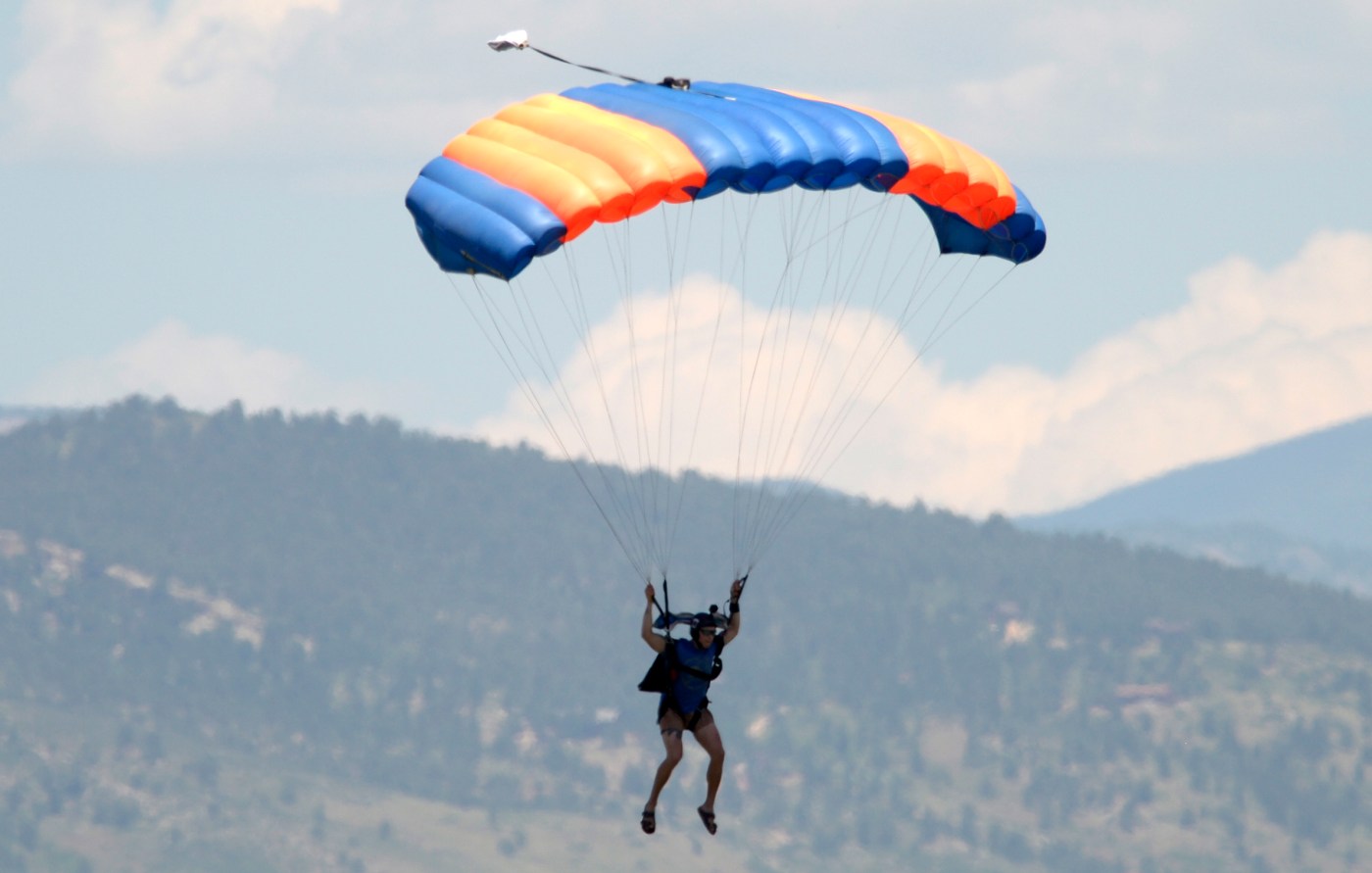 Boulder officials this week worked to dispel a rumor about the city’s airport uses that fueled concerns quite familiar to Longmont area residents.

Boulder Interim Co-Director of Transportation Bill Cowern assured the public and city council there is no commercial skydiving operation looking to start up at Boulder Municipal Airport.

But Boulder is still working through a complaint against the city regarding its skydiving rules made to federal regulators.

Cowern’s email clarifying the lack of commercial skydiving interest in Boulder was delivered Monday after Gunbarrel-area resident Kim Gibbs, a leader of the Citizens for Quiet Skies group that unsuccessfully sued the Longmont airport-based Mile-Hi Skydiving over aircraft noise, questioned Boulder staff about a rumor of skydiving operations possibly being expanded at Boulder Municipal Airport.

While the Boulder airstrip is not currently on the radar of any commercial skydiving operation like Mile-Hi, regulated, recreational skydiving and parachuting has been done at the Boulder airport for more than a year, officials said.

“It is not within the city’s authority to prohibit such activities without authorization from the Federal Aviation Administration, pursuant to FAA regulations and under the terms of our federal grant assurances,” Cowern said.

Concerns with Mile-Hi’s operation from Citizens for Quiet Skies and Longmont officials grew louder in recent months as four skydivers died on jumps in the span of a year and the company filed complaints with the FAA and in Boulder District Court against the city, with the lawsuit in local court eventually getting dismissed.

Boulder is uneasy about gliding and parachuting operations occurring simultaneously, Cowern said, and the city has sought to preclude the establishment of a permanent parachuting drop zone on the airport property. The space being targeted by recreational skydivers is planned for future hangar facilities at the Boulder airport.

“The city would also oppose the establishment of a commercial skydiving operation at the Boulder Municipal Airport,” Cowern said.

An individual in 2018 filed a complaint to the FAA against Boulder alleging violation of the city’s grant assurances based on its restrictions on parachuting activity at the city’s airport, Cowern said.

“Staff is working with the complainant and the FAA to resolve this matter,” Cowern said.

The city and the complainant have requested the FAA perform a safety assessment of aircraft operations at the airport.

“The city has also solicited input on the benefits and impacts associated with skydiving at the Boulder Municipal Airport from other airport users potentially impacted by skydiving operations,” Cowern said.

City officials declined to provide the Camera a copy of the FAA complaint without a formal open records request. The Camera has filed such a request.