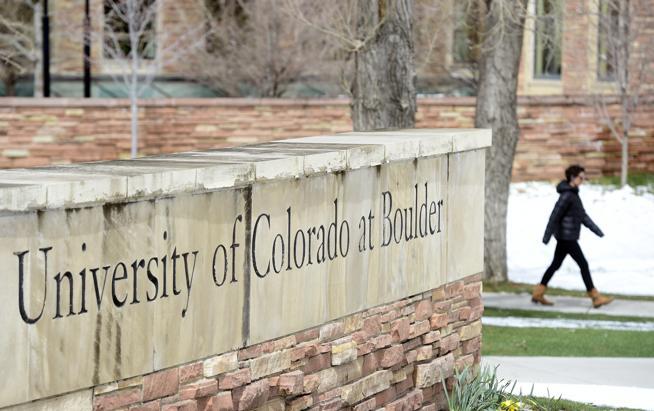 Dave Ward was the sheriff of Harney County, Ore., for exactly one year when a group of armed protesters seized control of the Malheur National Wildlife Refuge on Jan. 2, 2016.

During the 41-day occupation, Ward was thrust into the national spotlight, negotiating between rising tempers and stark ideological differences.

“Many people have had the chance to see Sheriff Ward in public speeches trying in an incredibly hard time to hold things together,” said Patty Limerick, faculty director of Center for the American West at the University of Colorado Boulder.

“He had a torn up community that was so pushed and pulled and strained and pitted against itself. He so clearly has the character and demeanor and approach in nature that we need to see more of,” she said.

On Thursday, Ward will receive the center’s Wallace Stegner Award, given to those who “embody the spirit of the American West,” Limerick said. The event is set for 6:30 p.m. at the Old Main Chapel at CU Boulder.

The Stegner Award is often given to artists and musicians, but Limerick said she lobbied hard for Ward to be honored.

“He’s never a person to say ‘That’s out of my reach, I can only confront people as an authority exercising my power.’ He’s so willing to be in the company of people and thinking how he can find peaceful resolutions,” she said.

Ward said he was humbled and honored to receive the award, noting there are likely “several million people” more deserving than him.

“I don’t do this kind of work because I expect to get an award, I just want to make a difference in life,” he said.

Ward said his life in Harney County has settled down some since 2016 — about as calm as a career in law enforcement ever gets.

The occupation was “a giant learning experience,” Ward said.

“I had never dealt with anything like that before and it was really an eye-opener as to how big something can blow up, something a lot of people, not many people would give any thought,” he said.

The occupation gave the world the wrong impression of Harney County, Ward said, which is a “community, which for the most part is strong, hard working, and full of people who want to make the best living they can in a peaceful, small-town atmosphere.”

“We spend a lot of time trying to work together to work through things,” he said. “People look out for their neighbors here.”

Ward said he was one of many people who worked on the occupation.

“A lot of times in the last few years people give me credit for things, but the fact is there were a lot of people who worked together very closely to find the best possible outcome to that situation and people worked very hard to try to keep it from turning it into a disaster,” he said.

Thursday’s event will also be a chance for the community to hear Ward’s unique storytelling, Limerick said.

“When he’s not in the midst of a crisis he is a really great story teller,” she said. “I would say he’s pretty darned close to Mark Twain.”

Who: Harney County, Ore. Sheriff Dave Ward will be recognized for embodying “the spirit of the American West.” Ward will be interviewed by Faculty Director Patty Limerick.

When: 6:30 p.m. Thursday at the Old Main Chapel at the University of Colorado Boulder.

Cost: Free, open to the public