Not to go all cheesy cliche here, but those who live in glass houses…eh, you know the rest. A poker player in Black Hawk, Colorado called the cops during a poker tournament on another player. But, thanks to some outstanding warrants, she was the one who ended up in handcuffs. Oops. 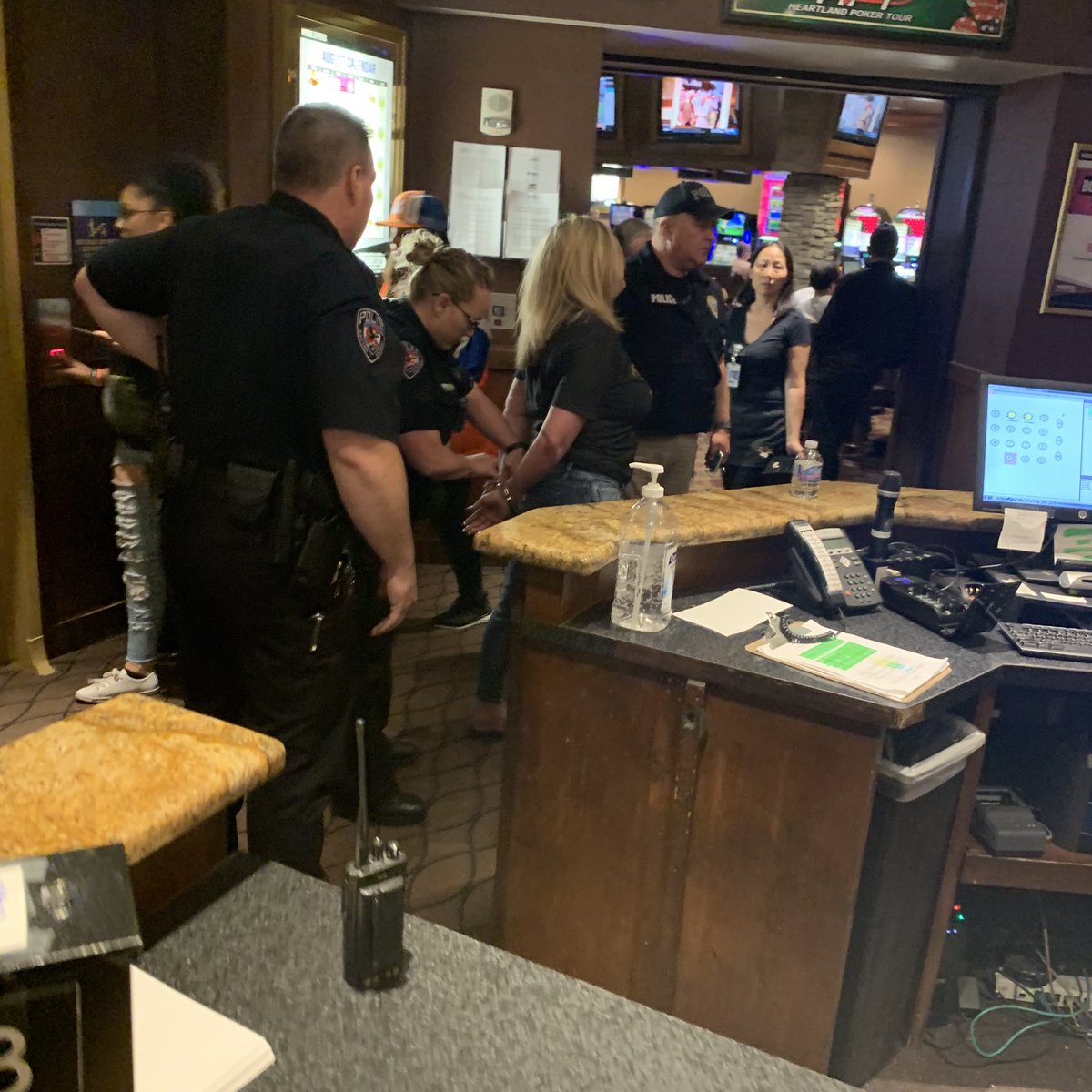 Don’t call the cops on another poker player if you have your own outstanding warrants, folks. (Image: Will Givens/Twitter)

Will Givens, a 2014 WSOP bracelet winner ($1,000 No Limit Hold’em for $306,634), was seated near the incident at Golden Gates Casino, and gave play-by-play details to his Twitter followers.

Givens shared the story of the incident in a three-part tweet. He explained that an unknown woman raised pre-flop and then was three-bet by another player. She tanked for a bit, he says, before the male opponent said, “if you show your hand, I’ll show mine.” The female player offered up something else.

Lady opens gets 3bet she calls.. Flop she checks he bets..She tanks (10 sec into tanking) he says if you show your hand I’ll show mine…She then looks at him in his eyes and says I’ll rather show you my titts and mucks. ? ok then! I thought she was tight na she’s Aggressive

Her opponent, apparently, didn’t appreciate the sexual advancement. According to Givens, the man instead insulted her appearance. And then she decided to get law enforcement involved, for some unknown reason. 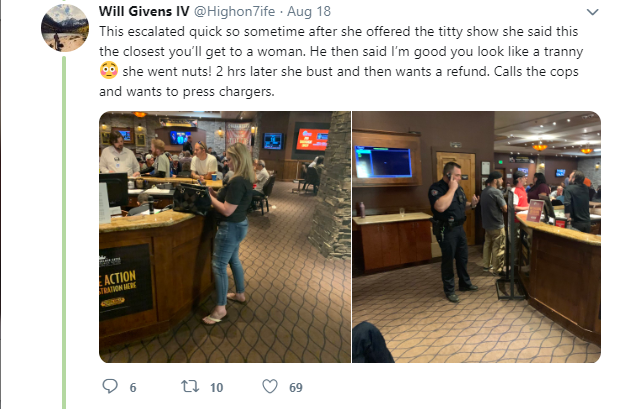 Specific details of the incident are unknown. Givens only gave a brief description of what went down. The woman’s name remains anonymous and there are many potential reasons why she called the police. It’s unclear if she did so over the “tranny” comment or if other potentially harassing comments were made during the altercation.

If you have outstanding warrants, it’s best to avoid contacting police unless you’re in grave danger, of course. But the woman at Golden Gates Casino who called the cops, apparently, doesn’t need our advice.

According to Givens, she unintentionally called the cops on herself, as it turns out. Upon their arrival, police discovered the woman had some skeletons in her own closet. Due to some warrants that were outstanding, she was placed in handcuffs and hauled off to jail.

Givens’ account of the story is incomplete. So, we don’t have details on the warrants. They could be for misdemeanors or more serious crimes. And we’re also unsure if she knew she had outstanding warrants in the first place. If she did, perhaps there was a smarter way of handling the situation than calling police.