While the criminal cases against two Houston poker clubs may have been dismissed due to conflicts of interest, more information continues to come out about the failed prosecutions, including a number of ties between the club owners, local politicians, and the lobbyist who connected them with each other. 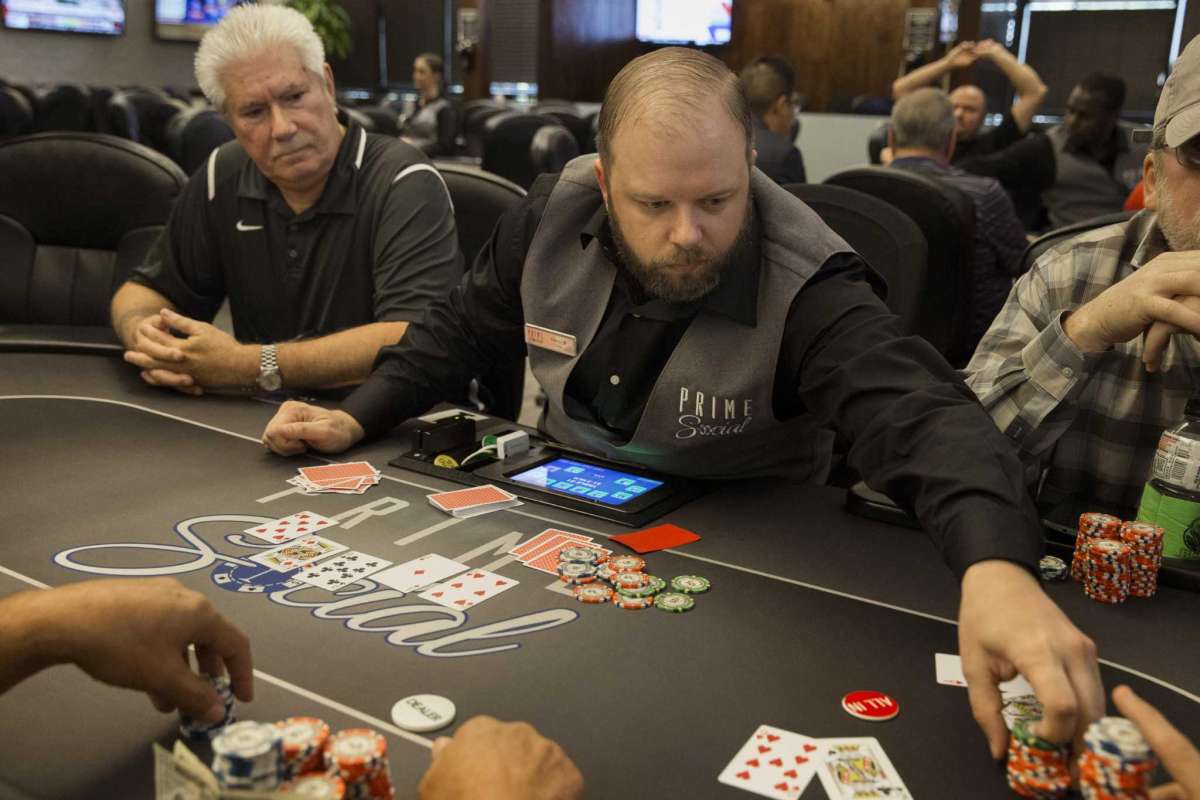 The Prime Social Poker Room was one of two Houston poker clubs raided in early May, but has since reopened. (Image: Yi-Chin Lee/Houston Chronicle)

A report by Zach Despart of the Houston Chronicle detailed how lobbyist and district attorney consultant Amir Mireskandari helped club officials influence local candidates, then tried to use those relationships to provide more legal certainty for the poker rooms.

Not only did those meetings allow the poker club operators to gain access to potentially influential officials, but they were lucrative for the candidates as well. The Chronicle reported that these meetings would often result in donations to their campaigns from either Mireskandari, one of his political action committees, or a company belonging to a poker club official.

According to District Attorney Kim Ogg, these relationships created another problem for her prosecution of the poker rooms, as the club operators might claim that they were told by officials that their business model was legitimate, undermining the cases against them.

“It was pretty clear, based on the texts I read of the owner-operators talking about Ken Paxton, Adrian Garcia, Mayor Turner, that they were trying to somehow get authorization to proceed with their business plan,” Ogg told the Chronicle. “I dismissed the cases. That does not mean the behavior was legal.”

Nine proprietors of the Prime Social Poker Club and Post Oak Poker Club had been charged with money laundering and engaging in organized criminal activity after raids on the clubs in early May. Ogg did refer the cases to the FBI, leaving open the potential for future prosecution by federal authorities.

Media Attention May Have Led to Home Invasion

Meanwhile, publicity from the case resulted in dangerous consequences for Mireskandari and his wife, who became victims of a home invasion on Saturday evening.

According to a report from Click2Houston.com, Mireskandari and his wife were watching television just before midnight when two masked men entered their bedroom demanding money. The couple was then tied up on the floor by the intruders.

The report stated that while the robbers didn’t find any cash in the home, they did leave with jewelry and escaped in the couple’s SUV.

Paul Looney, the attorney for the couple, blamed media attention on the poker club cases for the robbery.

“There’s only one reason for them to be demanding cash and that is because the media has reported over and over that this man had cash that he had been paid by poker rooms,” Looney told Click2Houston.com. “The Chronicle posted the exact address of his home in spite of being requested on numerous occasions that address be taken down.”

While video did show two masked men running through a neighbor’s yard, detectives say they have little to go on in investigating the case. Chronicle managing editor Tony Freemantle told KPRB that he did not believe the paper’s actions contributed to the robbery.