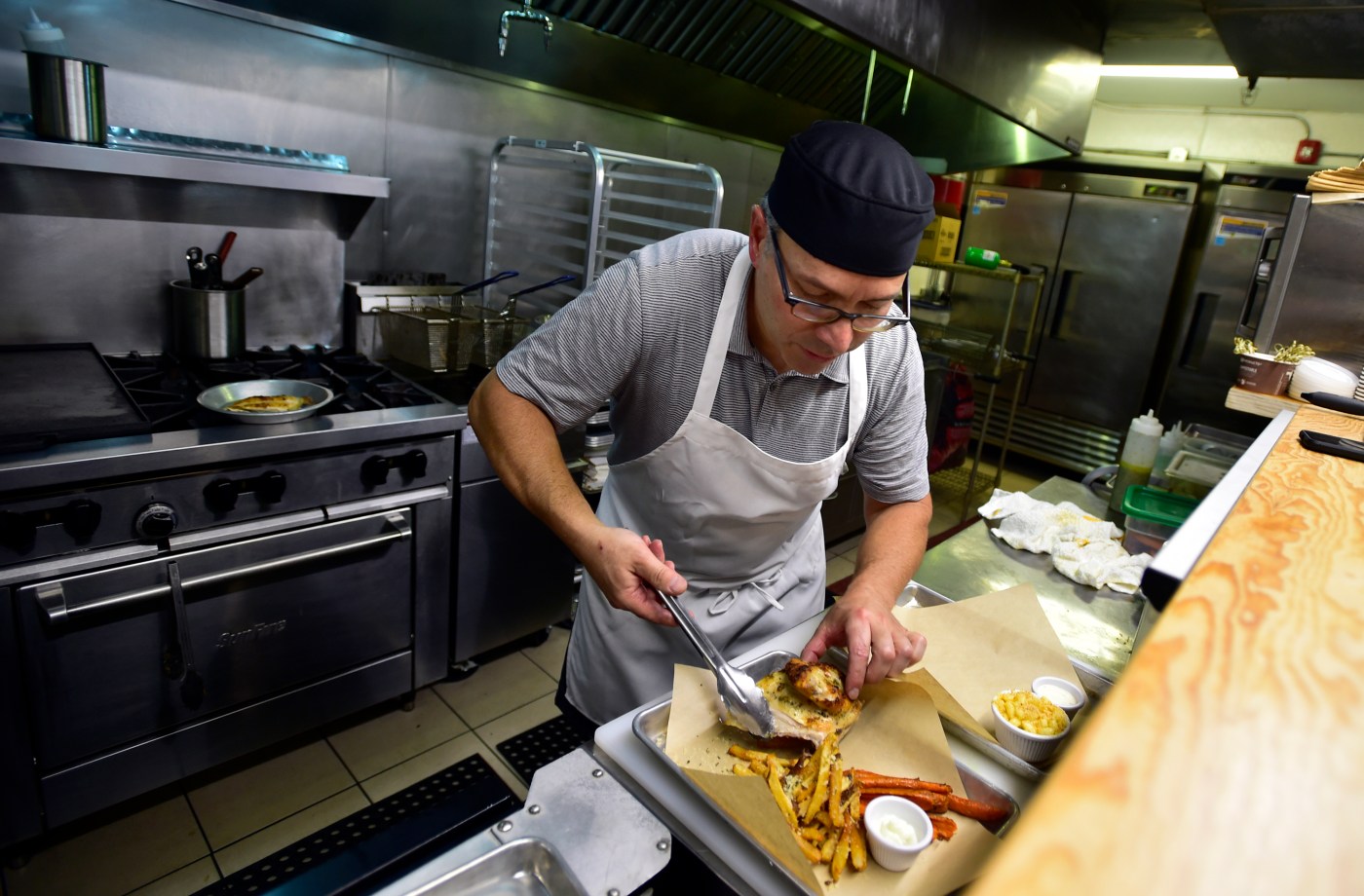 Matthew Koury is banking on chicken.

Per capita consumption of chicken in the U.S. has grown steadily in the last two decades and is expected to reach 94.3 pounds per capita in 2019, according to National Chicken Council data. Chicken also is less expensive than beef, the council data suggests.

People love the taste, and it can be cooked in myriad of ways and melded with multiple flavors, said Koury, chef and owner of Pop’s Chicken On The Hill, which opened about three weeks ago at 1335 Broadway, Suite B. The 1,500-square-foot restaurant seats 50 inside and 13 on the patio.

Koury previously developed and ran 2020 Food + Wine Bar in Longmont’s Prospect neighborhood, from 2014 to 2018, when he sold his interest, and began research on developing a fast-casual concept with a broad appeal.

“Chicken is about affordable dining. Potentially, I could open more locations. I had this idea to do a chicken concept at the back of my mind for the last 20 years,” he said.

Koury graduated from The Culinary Institute of America in 1993, and worked with top chefs including James Beard Award-winning chef, entrepreneur and author Reed Hearon in the San Francisco Area. Koury also honed his skills at restaurants in Chicago that included, among others, The Signature Room.

His new restaurant features charcoal-fired rotisserie chicken, which is “spatchcocked.” (A spatchcock or spatchcocked chicken is a chicken with the backbone removed and cut so that it will lay flat. This allows the chicken to be spread out or opened up like a book, which makes it cook more quickly and evenly, according to Culinary Lore).

“I’m still refining the concept for efficiency and profitability,” he said.

Jamie Penfold,front of the house manager, worked for Koury before at 2020 Food + Bar. He described his boss as being “passionate about food” and someone  “who pays attention to detail.”  His way of preparing chicken keeps it “moist, tender, delicious and flavorful,” Penfold said.

Pop’s Chicken On The Hill has a bar, too, but Koury’s goal is to make the food stand out, he said.

Tyler Perlmutter, a junior studying psychology at University of Colorado Boulder, has visited the eatery about half-dozen times.

“You get a lot of bang for your buck. Every time I have come in food has been good,” he said.

Students, in particular, love tasty, nutritious food that costs less than $10, Koury said. He said he hopes the larger university and Boulder community, will embrace his concept as well.

“People in Boulder like to try out independent, unique eateries,” he said.