‘Rounders’ Sequel Would Be Just What the Poker Doctor Ordered


Daniel Negreanu sent out a tweet on Saturday asking for a sequel to the hit 1998 poker flick, “Rounders,” which caught the attention of the movie’s screenwriter, Brian Koppelman. I also took notice of the post and it got me to thinking, you know what, DNegs is right. This needs to happen, stat, for the sake of our game’s future. 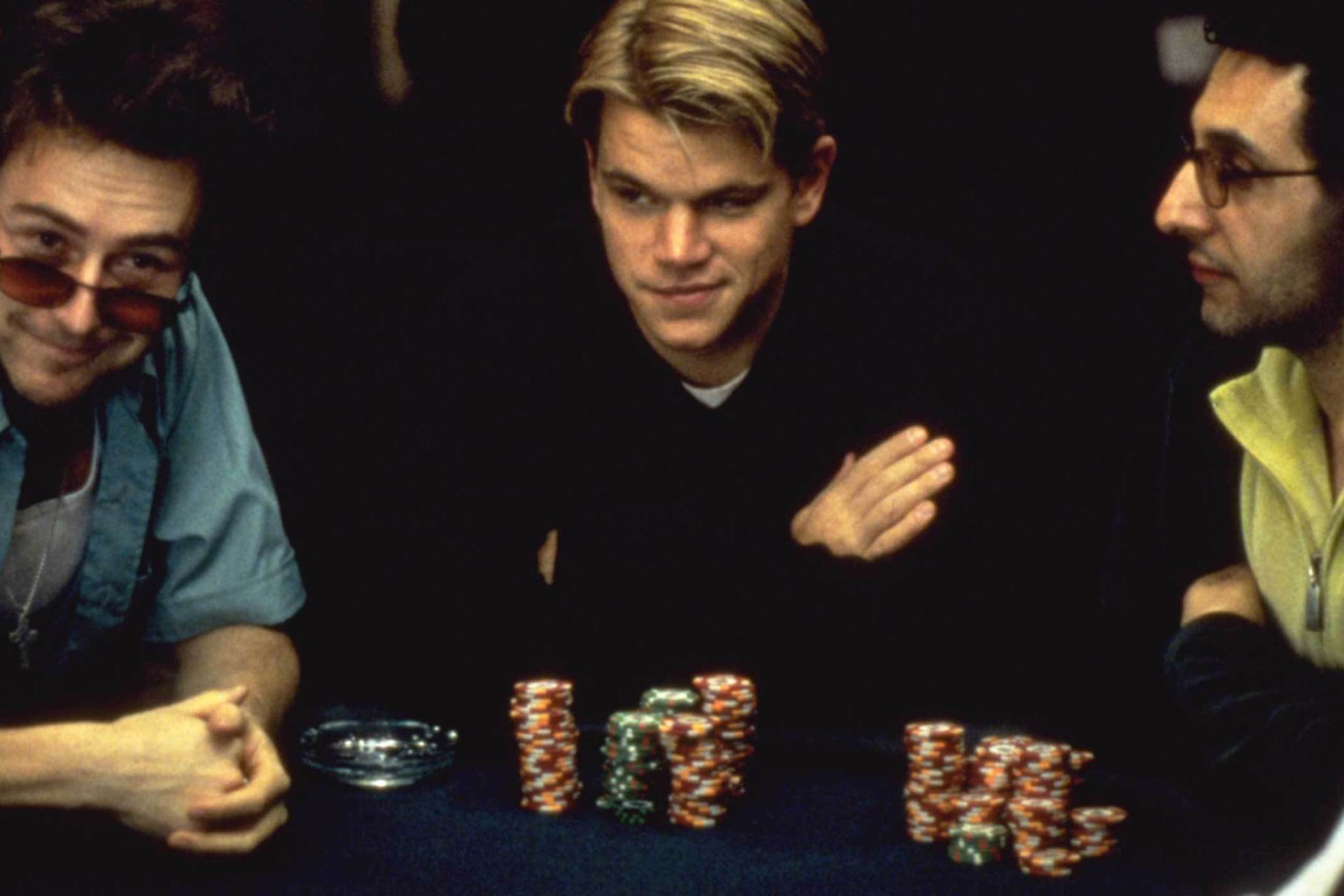 A ‘Rounders’ sequel? Poker needs it now more than ever. (Image: michigandaily.com)That may be a bit of hyperbole, but there is some truth to it. Poker is in good shape as a whole. After all, the 2019 WSOP Main Event had 8,569 entries, second most in its 50-year history. But poker could use some mainstream attention, and what better way than with a Matt Damon box office hit?

Negreanu encouraged Koppelman to “make it happen.” The famous filmmaker didn’t guarantee he’d create “Rounders II.” But he didn’t completely shoot down the idea either.

My confidence level for a sequel ever happening isn’t high. Still, Koppelman’s response was good enough to at least get me a little excited about the possibility, albeit slim, of seeing a conclusion to one of my all-time favorite movies.

“Rounders” had a star-studded cast that included Matt Damon, Ed Norton, and John Malkovich, three legends of the big screen. The movie was released in 1998, half a decade before the poker boom era, in a time when poker hadn’t yet become mainstream.

So, for many of us who began playing cards in 2003 following Chris Moneymaker’s WSOP Main Event title, the movie was an afterthought when it was first released. I recall watching “Rounders” on DVD in the early 2000s before I became interested in poker and found the movie boring.

But that all changed a few years later when poker became my favorite hobby. “Rounders” went from meh to one of my favorite movies of all-time, and still is.

Box office numbers for “Rounders” weren’t overly impressive, which isn’t a huge surprise considering poker wasn’t all that popular in 1998. The iconic poker flick generated a total of $22.9 million in gross ticket sales from September 11 to October 1, 1998. That was good for just the 80th highest earning flick that year, and 3,211 all-time.

But once the poker boom hit, “Rounders” became the most iconic poker movie of all-time, and it’s hard to imagine that it will ever be topped, even if Koppelman creates a killer sequel. Nearly every poker player I know, and you probably know, has “Rounders” on Blu-ray or DVD.

Why Poker Needs a ‘Rounders’ Sequel

It’s true that sequels often flop. “Anchorman 2,” “Airplane II,” and “Caddyshack II” were truly horrendous movies of which I’d like to forget I ever saw. But those disappointing flicks haven’t done any harm to the original versions. As a matter of fact, I watched “Caddyshack” the other night and still love it just as much as I did many years ago.

There are also numerous examples of sequels that I have enjoyed, including “Godfather II,” “Back to the Future II” (and III), and the entire “Batman” series (save for “Batman and Robin,” of which I’m just going to pretend never even existed).

But the main reason poker truly needs a “Rounders” sequel is because the game needs to get back to attracting the casual audience again. A movie starring Matt Damon and other mainstream Hollywood celebs will bring non-poker fans to the theaters. And, who knows, maybe some of those viewers will become interested in poker all because they enjoyed the movie.

It cost around $12 million to make “Rounders” in 1998. Matt Damon was much younger at the time and it would be far more expensive to bring him on board a second time around, and ditto for his co-stars such as Malcovich and Norton.

“Rounders II” would flop and be uninteresting if most of the original cast weren’t all on board. If “Mike McDermott” was played by anyone but Damon, I don’t think I’d have any interest in watching it. And you also need Ed Norton to play his shady friend, “Worm,” or the sequel would be missing another key component.

So, beyond money, I can’t imagine it will be easy to convince the original cast to come back 22 years later to shoot a sequel. But, hey, it’s not completely out of the question, as Koppelman hinted.

Another issue is poker isn’t as mainstream as it was 10 years ago. Sure, it’s more popular than it was in 1998 when “Rounders” was released. But the original only did around $22 million at the box office. Would Miramax want to spend millions of dollars producing the sequel knowing it likely won’t do well outside of the poker community? Probably not.

I Need to Know What Happened to Mike McDermott

(SPOILER ALERT! IF YOU HAVEN”T SEEN THE MOVIE, SKIP THIS SECTION!) “Rounders” ended with Damon’s character, Mike McDermott, leaving for Las Vegas to pursue a career as a professional poker player.

A few poker fans on Twitter said they don’t need to know how his career turned out. I disagree. I want to know how he did. Is he still playing poker? Did he ever go back to law school? Did Teddy “KGB” (John Malcovich) beg him for a rematch?

And what happened to “Worm?” Is he still hustling in the underground poker games? Or has he cleaned up his act and is now playing in legit casinos? I need to know these things and only a sequel could answer those questions.

In the unlikely event “Rounders II” is created, I have some advice for Brian Koppelman, as if he needs it, on what I feel is an intriguing plot. So, here’s what would happen in the sequel, if I were given the opportunity to write the script.

A 40-something Mike McDermott is caught colluding with “Worm” in a high stakes game in “Bobby’s Room” at Bellagio. The poker-playing friends are banned from the casino and McDermott is forced to move back to the east coast where he partners with his old nemesis, Teddy “KGB” to run an illegal underground card room.

The feds bust the game and McDermott is sent to jail. His ex-girlfriend, Jo (Gretchen Mol), is chosen as the lead prosecutor in the case. With the feds having seized Mikey’s bank account, he’s forced to grind lower stakes games in Atlantic City so that he can afford legal representation.

I’ll let Koppelman take it from there. Make it happen, Brian.