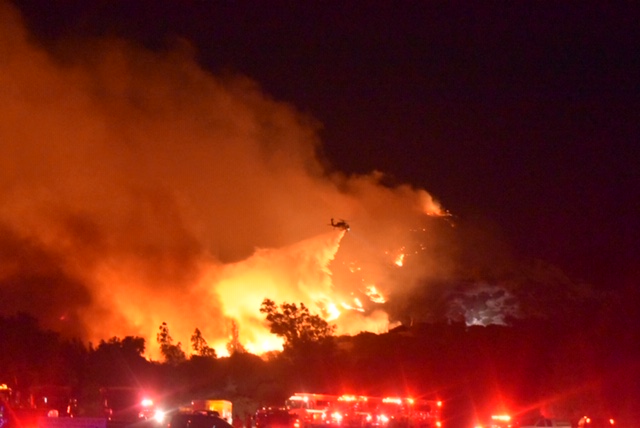 The rapidly moving Saddleridge fire in Sylmar had spread to more than 4,000 acres by Friday morning, leaving charred homes in its path.

Its spread into the San Fernando Valley foothills forced thousands of evacuations and closed freeways. The blaze was aided by the gusty winds reaching up to 60 miles per hour that blew into Southern California.

The fire was initially reported at about 9 a.m. Thursday, as burning brush moving uphill near the 210 Freeway and Yarnell Street.

Flames jumped the 5 Freeway, setting of a separate blaze that rapidly burned west of the highway near Granada Hills and Porter Ranch.

By about 4 a.m. Friday, the blaze had grown to 4,000 acres, according to the Los Angeles Fire Department.