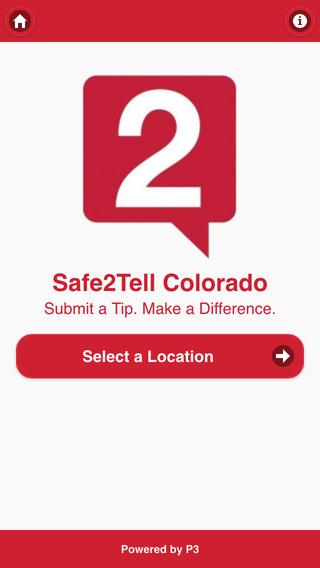 Since its inception 15 years ago, Safe2Tell has allowed students and residents alike to anonymously report issues that threaten public safety whether at schools or in the community.

With the number of tips seeing a 75% increase compared to last August, law enforcement and Safe2Tell officials believe this indicates students and residents are feeling comfortable and empowered to use it as a tool to report safety concerns.

From July to August, the number of Safe2Tell tips nearly tripled, according to a news release from the state attorney general. Essi Ellis, the Safe2Tell Colorado program director, said Safe2Tell usually sees an influx in tips as the school year begins.

Safe2Tell received a total of 1,503 tips in August. The top reported categories included 235 suicide threats, 114 drug trips, followed by 98 bullying tips and 81 threats. There also were 139 duplicate reports, according to monthly data. A news release from the state attorney general noted the number of duplicate tips may indicate a “healthy reporting culture.”

Safe2Tell serves as a conduit for information and is not an alternative to 911. Tips are received by data analysts at the Colorado Information Analysis Center and automatically pushed out to schools and local law enforcement agencies.

Longmont police Sgt. Craig Mortensen , who supervises the School Resource Officer Unit for the St. Vrain Valley School District, said Safe2Tell  has provided an important and comfortable avenue for students to use.

“(Safe2Tell) is a valuable resource for those students who want to speak up but are unsure how,” Mortensen said.  “It is especially important for our youth who are in crisis. Many times they will reach out to a friend who has an easy way to communicate with those who can help.”

Kerri McDermid , the chief communications and global impact officer for the St. Vrain Valley School District, said she couldn’t speak to the number of tips received. However, she noted that Safe2Tell is among several tools the district uses “to support communication around student well-being and safety.”

Randy Barber  , chief communications officer for the Boulder Valley School District, said Safe2Tell has been a valuable resource for BVSD.

“One of the lessons we have learned from prior tragedies is that people didn’t feel like they had a good place to report issues that could be acted upon,” Barber said.

“Our security team very much appreciates having this tool because it does provide people with a direct avenue (for reporting concerns),” Barber said.  “We believe in that mantra, if you see something, say something.”

In August, Safe2Tell tips may have helped to prevent incidents of self-harm, illegal activity and unsafe driving, according to the news release.

The tool, however, also has the potential to be abused and used to share fake tips. Barber emphasized that any student with a safety concern should feel free to use Safe2Tell. If a student knowingly makes a false report, there could be disciplinary action.

School officials work closely with law enforcement to determine how to respond to a tip, including determining the legitimacy of a tip, Barber said. He did not have access to the total number of tips the district has received.

She encouraged anyone who wishes to report a safety concern to utilize Safe2Tell.

“Speak up about the safety of friends and the community members,” Ellis said. “We really want to be able to help. We want to get adults involved to help prevent tragedy. It’s an anonymous way for you to feel safe. If something doesn’t feel right, express your concerns.”

To make a report, individuals can call 877-542-7233 from anywhere, 24 hours a day, seven days a week. Reports also can be made at Safe2Tell.org or through the Safe2Tell mobile app which is available in the Apple App Store or Google Play.